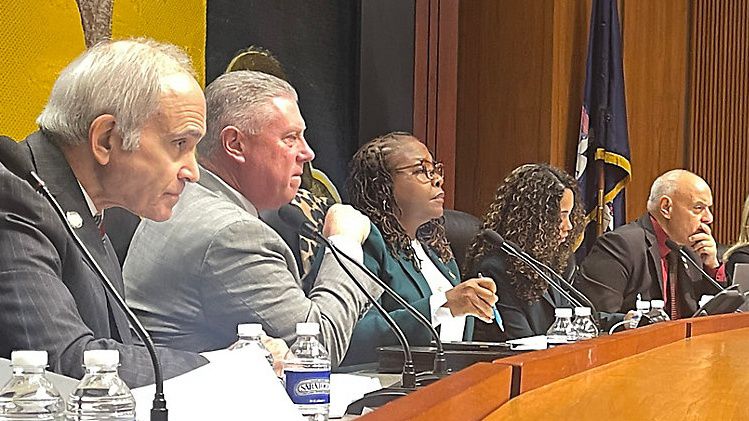 Lawmakers are making their list of priorities to address the workforce shortage, like subsidies for childcare, legislating a permanent minimum wage increase and passing the Clean Slate Act.

Assemblymembers in the Labor Committee and the chamber's Emerging Workforce Subcommittee held a public hearing in Albany to address the ongoing labor gap and focus on solutions to address issues burdening the market. New York continues to lag behind other U.S. states in recovery from job losses caused by the pandemic, but especially in work that's low-pay and that can't be done remotely.

During her opening testimony, Karen Cacace, the Labor Bureau chief in the state Attorney General's Office, encouraged lawmakers to create a state-level Occupational Safety and Health Administration in wake of the COVID pandemic.

"I think this was the first time that everyone going to work was concerned about whether it was safe for them to do so," Cacace said. "It is now clearly essential that we need to have more regulation of safety measures taken at work sites and the state OSHA would allow the state to do that on its own without having to rely on federal OSHA, which I think really does not have their resources to adequately regulate the entire country."

Witnesses on Tuesday urged lawmakers to tackle issues impacting the health care industry, education, retail and others in next year's legislative session.

They agreed the state must increase funding for childcare subsidies and health benefits after the pandemic pushed people to live on one income during the 2020 shutdowns or switch industries, leading to workforce gaps.

More than four million open job positions would remain if every person able to work in the United States secured employment, he added.

A bill to permanently increase the minimum wage is the top priority for Labor Committee in both chambers of the Legislature next year as a strategy to increase wages and address the labor gap.

"It's a top priority for the committee," said Assembly Labor Committee chair Latoya Joyner, a Democrat from the Bronx. "We've seen the cost of inflation go up, but we've seen the wages stay stagnant. Across the board, we are still seeing people struggling. The cost of eggs are going up, the cost of rent is going up, but the cost of salaries are still the same."

Leaders in the state Business Council aren't against the proposal, but argue it may not be the time amid the potential for an economic recession.

"There are still so many businesses that are recovering from COVID that are still trying to get back on track and if we put in minimum wage right now, is it the best solution to help the workforce as a whole?" asked Crystal Griffith, the state Business Council's workforce development director. "Are we going to get the best benefits out of it? So the Business Council is not opposed to the minimum wage increase, just maybe not right now."

They're pushing alternate solutions like addressing higher unemployment insurance costs and to make it easier for prospective employees to get proper training and credentials and start work.

The bill would seal New Yorkers' criminal records three years after sentencing for misdemeanors and seven years for felonies. It would automatically seal the records of about 2.3 million New Yorkers.

It would not apply to sex crimes.

The measure died in the Assembly this session after concerns about hiring someone who works with children or in education. But co-sponsor Assemblywoman Stefani Zinerman thinks it will get across the finish line next year.

"Second-chance citizens deserve to have the opportunity to work and thrive in New York state," said Zinerman, a Democrat from Brooklyn. "We have to continue to get everybody focused on the fact that we want people to work because we and New York state also need the services, and I believe the science is there — that when people are working, crime goes down."

Lawmakers plan to discuss their ideas with Gov. Kathy Hochul's office before the end of the year in hopes to influence her priorities in her State of the State address and upcoming budget proposal in January.

Legislators are gearing up for work next session, but noted the governor l has yet to sign a number of bills by the end of the year that could help the labor crisis, including measures to create protections for warehouse workers, a bill to require salary ranges be disclosed in job listings and to increase workers compensation benefits, among others.