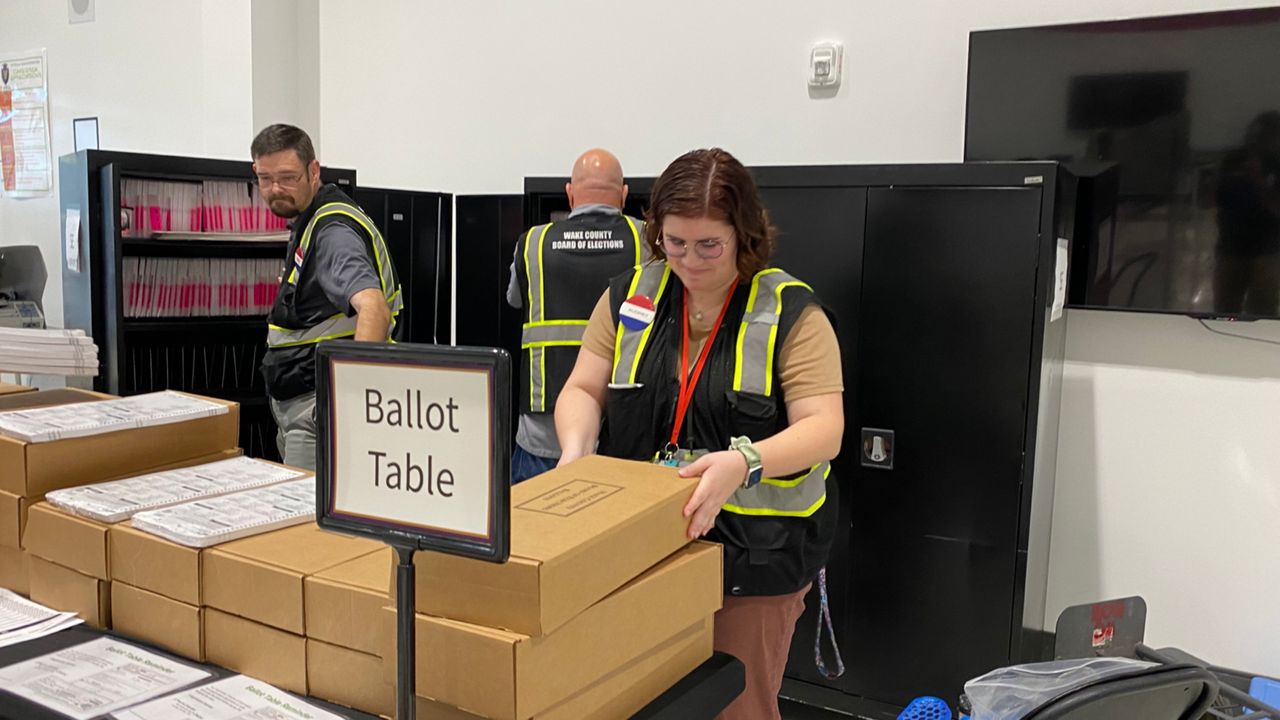 New York will have about 80,000 poll workers this Election Day. (Spectrum News 1)

Board of Elections: NY poll workers prepped with de-escalation training

Threats to democracy have remained a top issue for voters this year as a Russian businessman Monday admitted to interfering in U.S. elections and says he'll continue to do so​.

The Putin-linked businessman, named Yevgeny Prigozhin, was charged in 2018 for operating a covert social media campaign aimed at dividing the American public ahead of the 2016 presidential election.

"There's a lot more activity in trying to suggest that the voting system is bad and that the people behind it are bad," said David Adkins, director of UAlbany's College of Emergency Preparedness, Homeland Security and Cybersecurity.

Those posts have become more frequent across multiple platforms, encouraging a more radical or violent response and fueling high emotions in global and national politics.

"Even if all [elections] are fair and with full of integrity, did people vote on the appropriate information?" Adkins asked.

John Conklin, spokesman with the state Board of Elections, said the state has improved its cybersecurity since 2016 with the state Division of Homeland Security & Emergency Services.

Every person who votes in New York casts a paper ballot counted on a voting machine. There's an auditable paper trail, and neither the ballots nor machines are connected to the internet.

"So it would be difficult for someone to attempt to do something from a central point," Conklin said Monday.

Information is transferred from local polling places to counties and the state boards of elections, safeguarding reporting results.

Election inspectors of two Republicans and two Democrats each oversee a voting site, in addition to hired poll workers. About 80,000 poll workers are employed for Tuesday's midterm election across New York's 62 counties.

Workers were trained with new de-escalation tactics ahead of the upcoming election and when to call law enforcement.

"So if they encounter a voter that gets a little hot under the collar, you know, they've received some training with regard on how to de-escalate that situation," Conklin said.

Election inspectors who run the polling location are equipped to handle improper electioneering more than 100 feet from the site or other small disruptions.

"You don't fool around with anything that is suspicious or serous," Conklin said. "But if it's the ordinary give-and-take in a political situation, the poll worker should be able to handle that with no problem. But if it's serious, [they'll] call real law enforcement or the local police."

A police officer mans every polling location in New York City as required by law. Police are not mandated at voting sites upstate.

An official with the state Division of Homeland Security said in a statement the state department and federal partners have regular cybersecurity-related exercises with county boards of election across New York, giving local election officials information about how to contact the state's Cyber Incident Response Team if necessary.

"We are fully coordinated with our federal, state and local partners in investigating any reports of suspicious activity surrounding this year’s election process," according to a statement from DHSES on Monday about New York's election security.

The state Board of Elections is not involved in candidate security.

Board of Election employees work to correct misinformation with their own posts online and social media.

But stopping the spread of false information rests with the voter.

Adkins encourages people to research their information sources and to speak with people of different beliefs to prevent unnecessary violence.

"We all get a chance to decide who's going to lead us, what policies they believe in, what their platforms are," he said. "That's an amazing experiment in democracy and I worry greatly about how individuals in our society are now undermining all that with inappropriate and misinformation.​"

The state's 2023 enacted budget includes $62 million for cybersecurity programs through the state Office of Information Technology Services — tripling the investment from the four years. The investment includes $4.5 million for the Division of Homeland Security and Emergency Services Cyber Incident Response team, according to the state Budget Division.