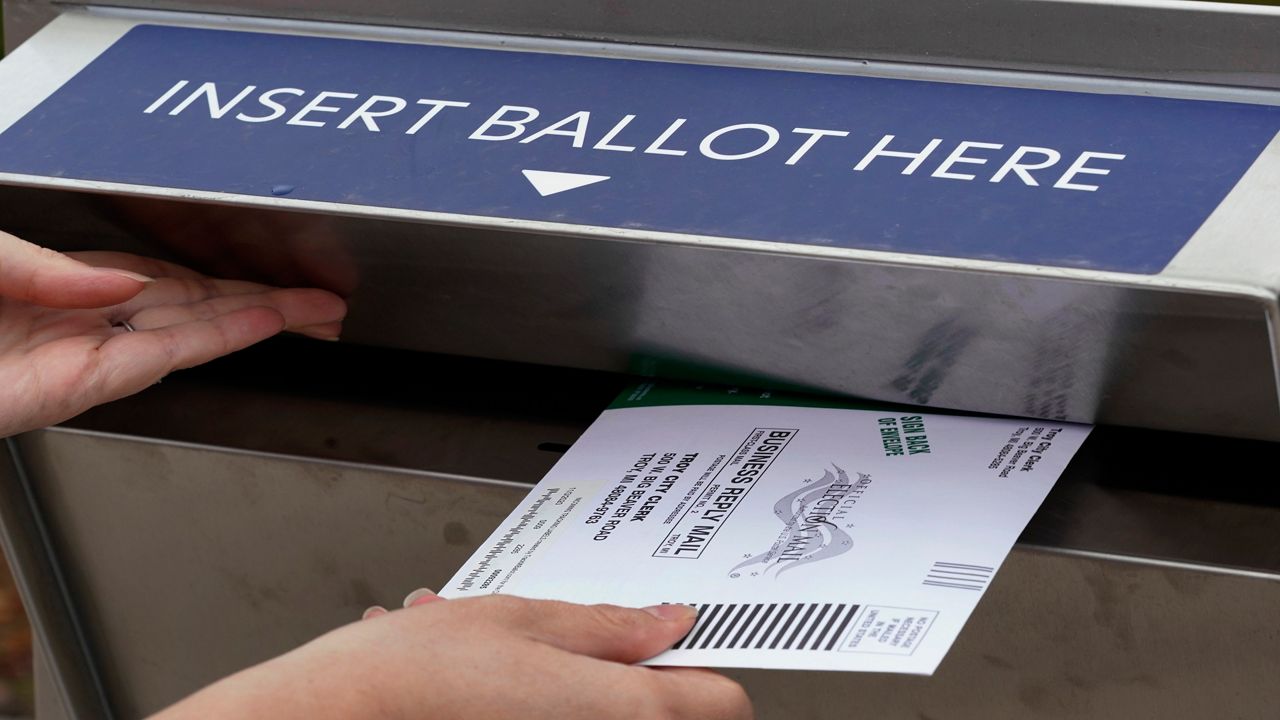 The decision to overturn COVID-19 as a reason to vote by mail rests with a higher court. State Election Law allowing absentee ballots to be counted on Election Day was ruled unconstitutional. (Associated Press)

A New York state Supreme Court justice in Saratoga County ruled a new state law that allowed absentee ballots to be counted on Election Day is unconstitutional while the decision to overturn COVID-19 as a reason to vote by mail rests with a higher court.

It means local boards of elections must preserve, or put aside, the absentee ballots they receive and hold them for later review.

The state Conservative and Republican parties led this challenge to the law, expanded in wake of the pandemic.

"Our office is still reviewing the ruling and its impact on the upcoming election," state Board of Elections spokeswoman Jennifer Wilson said.

Petitioners argued the new rules are unconstitutional and impede a judicial review of problematic ballots.

"Most of the lawsuit that we filed was upheld and will take us quite some time to take the judge's decision and actually apply it to Election Law and what that's going to mean for this Nov. 8 ballot," said Assemblyman Robert Smullen, a Republican from Meco and plaintiff on the case.

Justice Dianne Freestone, a Republican, could not overturn Friday the rule allowing New Yorkers to request a mail-in ballot for a temporary illness or COVID-19. That decision lies with the state Appellate Division's Third Department, and arguments are expected in the coming days.

Rich Amedure, a lead plaintiff in the case and Republican candidate for the 48th state Senate district, is ready to continue the fight up to the state's highest Court of Appeals.

"I'm confident the ruling will be upheld in the higher courts," Amedure said. "We're asking for common-sense solutions. We're not asking for any detailed nuanced interpretation of the law, so we think that our position is reasonable and sound."

Plaintiffs also pushed back against Democrats sending thousands of absentee ballot applications pre-marked with "temporary illness/COVID-19" as the reason for requesting to vote by mail. Registered voters were required to apply for the mail-in ballot and sign and return the application to their local boards of elections themselves.

Absentee ballots already requested or mailed out are unaffected.

Voters can still request a mail-in ballot for temporary illness or COVID-19. That state rule sunsets at the end of the year, regardless of legal challenges.

And voting rights advocates want people to know Friday's ruling will not change anything for New Yorkers who wish to vote by mail this election.

"I don't want people to be discouraged," said Susan Lerner, executive director of Common Cause New York. "You can still get an absentee ballot. It will ultimately be counted, whether it's going to be counted this week or in a month. You still can vote absentee."

The case will have to be expedited through the state's upper courts with Election Day fewer than three weeks away.

"You'll see a pretty quick briefing early next week, and arguments sometime later next week at the Appellate Division," said Rob Rosborough, a litigation attorney at Whiteman, Osterman & Hanna LLP. "And then the same thing would happen at the Court of Appeals, if the Court of Appeals ultimately decides to take the case."

It remains unclear how the next legal decisions could further delay counting or change the process.

The state Board of Elections has sent out more than 427,000 absentee ballots to New Yorkers across the state for the upcoming election, with more than 108,000 returned and more than 316,000 ballots left outstanding, which includes those that were returned undeliverable.

This number is likely higher, and will continue to increase. Registered voters in New York can request mail-in ballots electronically through Monday or in person at their Board of Election through Nov. 7, the day before Election Day.