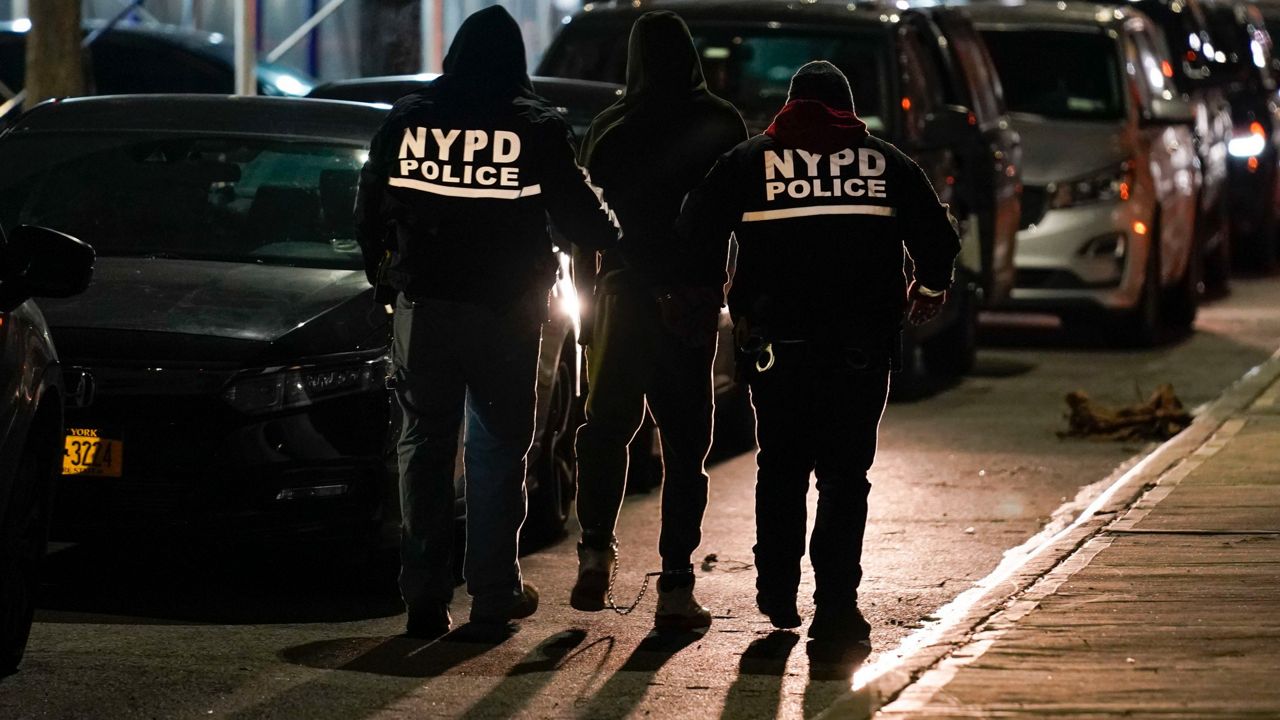 One of the most politicized issues of this election cycle is bail reform.

Republicans, including gubernatorial candidate Rep. Lee Zeldin, have argued that cashless bail has led to an increase in crime. Democrats like Gov. Kathy Hochul say it hasn’t.

Until now, the numbers haven’t told a clear story. And it looks like, even with newly released crime statistics from the Division of Criminal Justice Services (DCJS), that the definitive answer some are hoping for on bail reform remains elusive.

According to Josh Solomon, a Capital Bureau reporter for the Albany Times Union who has done in-depth work on this issue, DCJS is urging New Yorkers to remain open-minded.

“The first top takeaway, as DCJS said, is let’s hold on for big sweeping conclusions of what it means,” Solomon said. “As much as we want to have a definitive statement on it, it’s still a working draft.”

In other words, how bail reform has affected crime rates in the state is still an open question.

“What we do know is that there (are) no major jumps in rearrests as maybe some folks would want to suggest,” Solomon said. “We also know that people are appearing to court more often than they did before. And we have to remember that bail is a tool to get people to return to court in New York’s laws.”

For example, “index crimes” in New York state, which include murder, rape, robbery, aggravated assault, burglary and larceny, have gone down 24.1% over the last nine years. 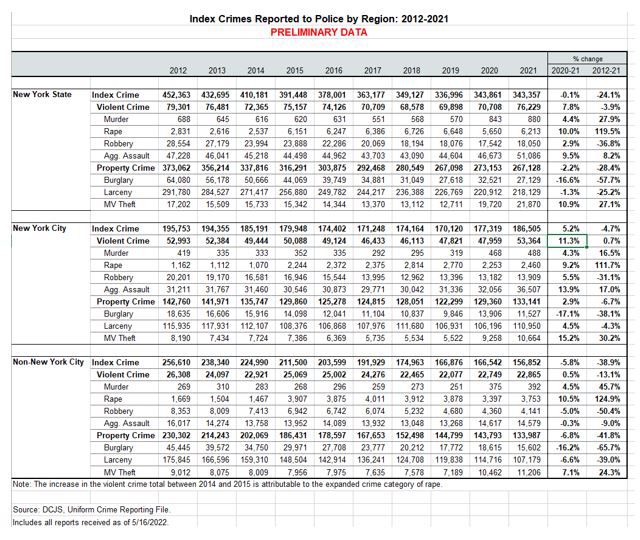 (Provided by the Division of Criminal Justice Services)

For example, according to the latest release of statistics in New York City, violent crime rose by 11.3% in the year from 2020 to 2021.

Over the same period of time in the rest of the state, excluding New York City, violent crime rose by 0.5%.

One key question is this: Can any increase in violent crime be attributed to bail reform, especially when some crimes are, in fact, bail eligible?

“Critics would say, part of bail reform is this idea that you have to have very low bail that prevents you for holding that person in jail. That’s a point I usually go back to: There’s a conversation between bail or jail,” Solomon said.

“Researchers are going to be working on this for months and months and years to come,” he continued.