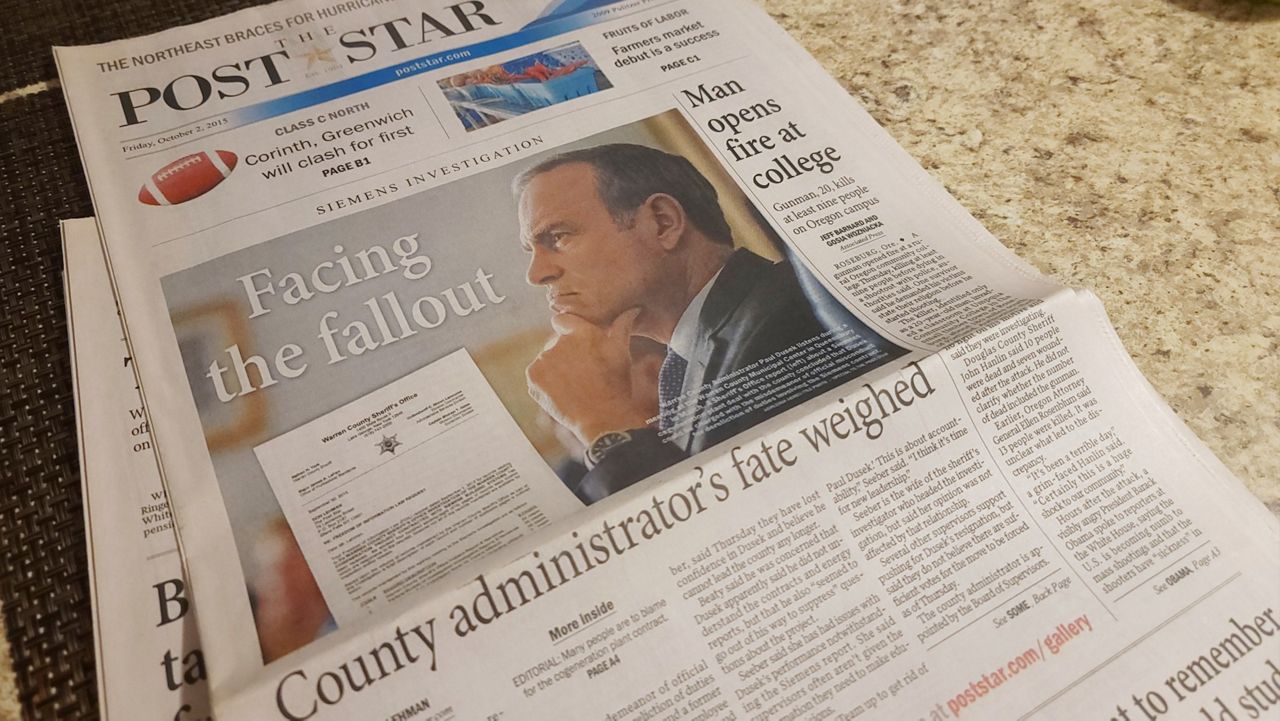 There are several reasons why Americans are so deeply divided culturally and politically, but one of the most significant is the shrinking footprint of the local community newspaper. Newspapers that once had 40 or 45 journalists, like The Post-Star in Glens Falls, now have just a handful.

This change has taken place during an expansion of syndicated talk radio, partisan cable news shows and social media. Both trends have combined to fragment the population and feed those fragments ever more extreme and misleading content.

The upshot is that we now have some dangerously misinformed segments of society.

These are some of the issues that retired Post-Star Editor Ken Tingley tackles in his new book, “The Last American Newspaper: An Institution in Peril, through the eyes of a Small-Town Editor," which is both a love letter to newspapers and an SOS to communities, according to the Poynter Institute.

“Who’s going to explain the complexity of mental illness and suicide? The heroin problem and the shortcomings with health care and senior living deficiencies? You need to understand that work. And that in-depth journalism, unfortunately, is not there anymore,” Tingley said. “That’s no criticism of the people who are still there. They are doing the best they can.”

The paper, which is a shadow of its former Pulitzer Prize-winning iteration, has left behind a big hole in the community.

“As I looked back after I retired at the work that we had done, it really occurred to me how important that (work) had been,” Tingley said. “And I think that the community at large was missing it.”

Tingley, who served as paper’s editor from 1999 to 2020, spoke with Capital Tonight about the genesis of the book, which he said is the story of the work that was done in the newsroom and how it affected the community.

“I don’t think that people understand what they’re losing,” Tingley said. “You know, the Madden Hotel is not there in downtown Glens Falls anymore because of a reporter who spent three weeks in this fleabag hotel and… wrote about the conditions. People forget about those stories.”

The stories that Tingley mentions in his book are ones that transcend politics.

“I think that too often the discussion is about politics and not about journalism,” he said.

Tingley recalled that the former editorial page editor at The Post Star, Mark Mahoney, was with his three daughters when he witnessed a murder in Glens Falls. The incident led to a series on domestic violence.

“We’re known as Hometown, USA in Glens Falls. And we had 21 women and men come forward to talk about their stories of horrific domestic violence in Hometown, USA,” Tingley recalled. “I think that lead to change.”

Tingley’s book is available on Amazon and at select retailers.