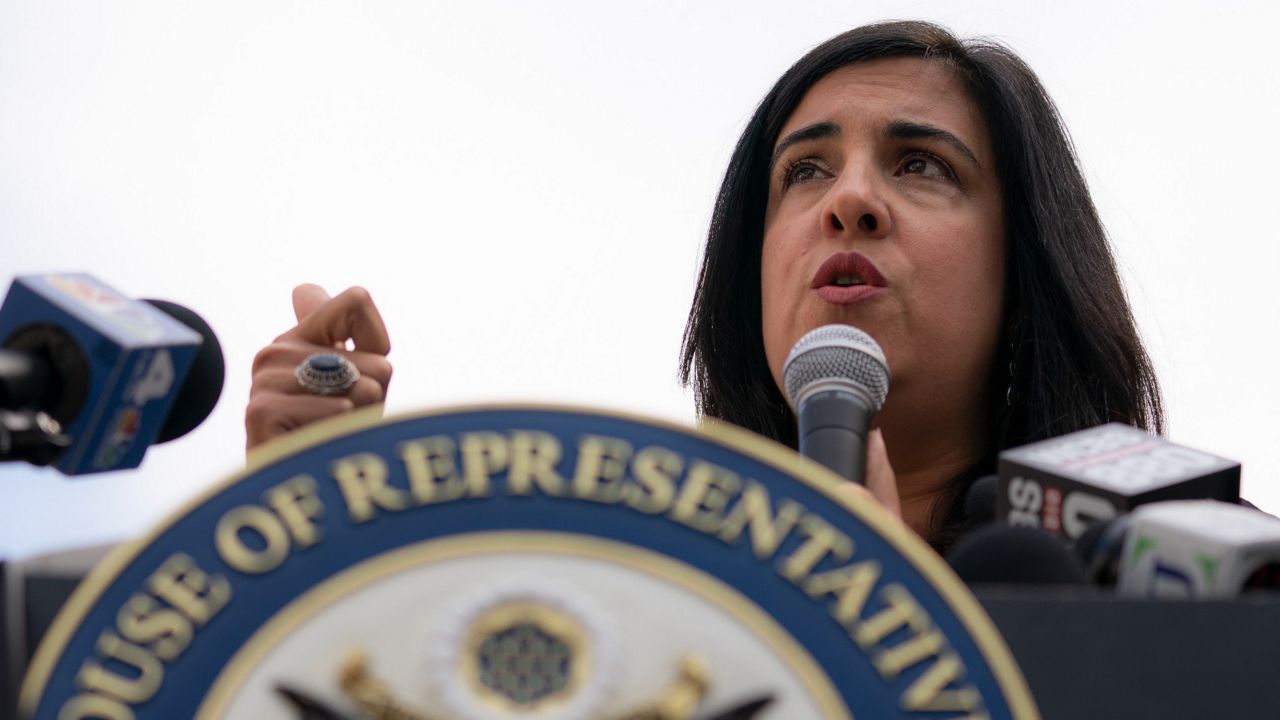 Malliotakis, Rose locked in a rematch to representing Staten Island and southern Brooklyn in Congress

“I’ve had Democrats come up to me that tell me this is the first time they’re voting Republican,” Malliotakis told NY1, adding of the 11th District: “This is the last bastion of conservatism in the city of New York.”

Between midterm election precedent and redrawn district boundaries, the odds do favor Republicans.

“Oh, yeah?” Rose challenged. “I’m not worried about them for a second, OK? We’re building an incredible campaign.”

Among the Democrat’s advantages, being widely recognized on Staten Island and in southern Brooklyn, having served the district before Malliotakis.

“Can I give you a hug?” one passerby asked him on the North Shore.

And being widely recognized as a veteran of the armed forces.

“Aw, come on! Go, Army!” the combat veteran responded with a smile.

Rose touted to NY1 his independence from his party.

“I want to see a time where, very soon, where it’s not Biden running, it’s not Trump running,” he said. “We need a new generation of leadership.”

The incumbent, who has visited the U.S.-Mexican border, said she hears from constituents that inflation and crime are their top concerns.

“People do not feel safe in New York City, because of the radical bail laws, because of the rhetoric coming out of some of the left-wing politicians, the lack of support for our law enforcement,” she said.

Rose is also critical of state bail reform laws and called law enforcement officers heroes. But he seeks, like other Democrats in battleground districts, to draw attention to the fight for abortion rights.

“And we’re at this moment where abortion is being banned in states and we see the Republican Party pushing a nationwide abortion ban as one of the pillars of their policy agenda,” he said recently alongside supporters, alleging silence from his rival on the issue.

Malliotakis explained her position this way to NY1.

“I certainly want to preserve a woman’s right to have an exception, for exceptions like life of the mother and rape and incest,” she said.

Asked by NY1 whether he supports limitations, Rose said such a question played into the hands of “the national extremism Republican Party.” Rose said he believes the decision is entirely between a woman and her doctor.

And while Rose is a tireless campaigner, Malliotakis has a very devoted base.

“You putting signs up or what are you doing?” she asked one volunteer.

“Everything,” he responded. “Whatever you need.”