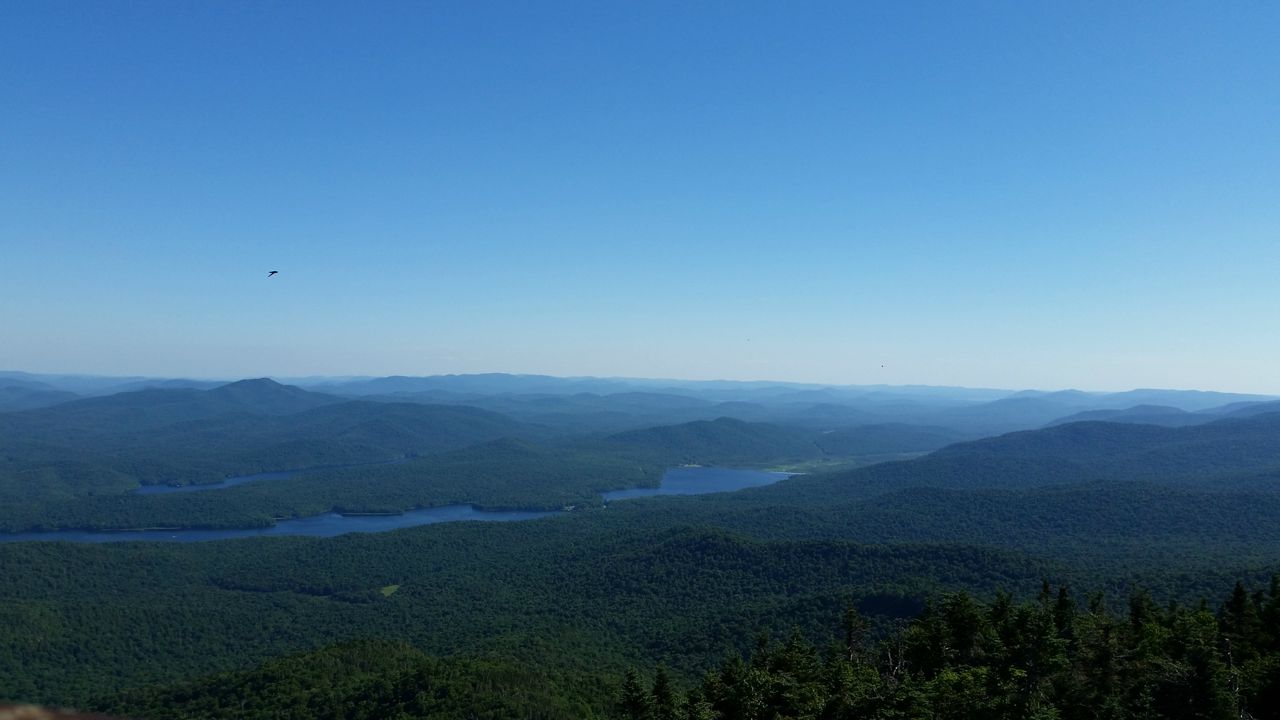 The Adirondack Council on the state of the park

The six-million-acre Adirondack Park is undergoing a period of great change, and with that, both visitors and residents are facing emotional strain, according to John Sheehan. For the last 30 years, Sheehan has been the director of communications for the Adirondack Council. If anyone knows the stresses the park is facing, it’s him.

In this year’s introduction to the annual “State of the Park” Report, Sheehan states that the “Forever Wild” forest preserve won’t exist without an informed electorate — and an electorate that will fight against fossil fuel industry.

Sheehan spoke with Capital Tonight about the stressors the park is currently facing.

“Political change, social change, cultural change, climate change – probably climate being the one that causing the greatest amount of stress right now,” he said. “And I think with COVID, we saw a great deal of change in the park with more people coming. Finding it a place of great relief and opportunity to get away from trouble, but in the course of that happening, we saw some additional troubles occur.”

Those troubles included persistent overuse of some of the most special and wild places in the park.

According to Sheehan, the state of New York has taken some significant steps to prevent overuse, including investing $8 million for the Adirondacks and Catskills to both better manage their visitors, and protect wilderness from visitors. Additionally, there is a $600,000 appropriation for a “Visitor Use Management Framework," which is a plan for how to protect the park long term.

Sheehan told Capital Tonight that the Supreme Court decision in West Virginia v. EPA could have been a devastating blow to the park, though the Inflation Reduction Act mitigated some of the fallout.

“What [the ruling] said was, every tool that we’ve used in regulating acid rain and smog so far, and which would have been very useful in regulating carbon, couldn’t be used because the Supreme Court felt that EPA shouldn’t have that kind of authority,” Sheehan said. “It seemed absurd on its face.”

In the introductory letter to the Adirondack Council’s annual “State of the Park” report, Sheehan wrote,

“We should not be surprised when people who win office repeating one lie find it easy to pivot to supporting the next lucrative falsehood. Their current mission: Frighten us into doubting that solutions to acid rain and climate change are possible and affordable.”

When asked about that statement, Sheehan said he’s seen this kind of political tactic used before, citing the tobacco industry.

“They would bring out person after person in the rented lab coat and pretend to be a scientist and say that there was not certainty about studies showing that people got cancer from smoking,” he recalled. “That was a lie. In this case, what [they’re] lying about is that fossil fuels won’t lead to the destruction of the planet’s life support system. That is an absolute lie.”

Sheehan urged voters to “flip your ballot” in November and vote “yes” on the “Clean Water, Clean Air and Green Jobs Bond Act."

According to the Hochul administration, if the $4.2 billion bond act passes in November, it would invest $500 million in offshore wind and port infrastructure; $400 million in environmental protection and climate change resilience; and $250 million for the Office of Parks, Recreation and Historic Preservation, among many other projects.

“Don’t forget [the question is] there,” Sheehan said. “Candidates are one side; there is a question on the back.”