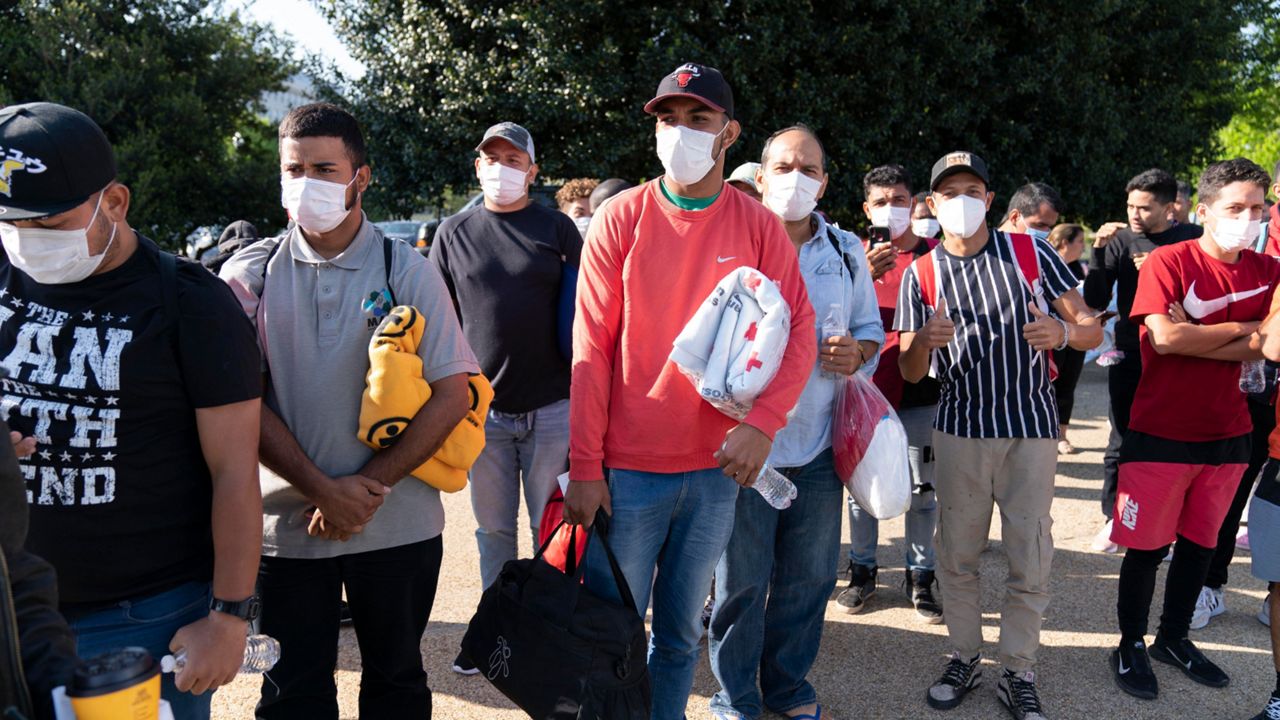 Two planeloads of about 50 migrants landed on Martha's Vineyard off the coast of Massachusetts on Wednesday afternoon. It was the latest in an ongoing effort by red state Govs. Greg Abbott and Ron DeSantis to “better facilitate the care of these individuals” who states like Massachusetts, New York and California, “have invited into our country by incentivizing illegal immigration”, according to a statement sent to NPR by a DeSantis spokesperson.

Over the last few weeks, thousands of migrants have been bussed to New York City and Washington D.C. from U.S. southern border locations, leading the mayors of both cities to seek federal assistance.

Capital Tonight invited Sarah Rogerson, a professor of law and director of the Justice Center and the Immigration Law Clinic at Albany Law School, to discuss the situation, and help us better understand who these migrants are.

“It’s deeply problematic on multiple levels,” she said. “First, I want to say that we’re still trying to figure it out. As of this morning’s reporting, we don’t know what the legal status is of the individuals who Gov. DeSantis in Florida has currently moved to Martha’s Vineyard.”

Rogerson said that uncovering the immigration status of the migrants is part of the immediate crisis response.

According to DeSantis, all the individuals are undocumented, but according to Rogerson, under the umbrella of “undocumented immigrant” there is a wide range of different legal categories.

“People who have applications pending who just haven’t had them approved. People who are seeking asylum and/or who were paroled into the country on a different kind of humanitarian grounds. It’s really a jigsaw puzzle due to our broken immigration laws and system,” Rogerson said.

Migrants who come to the U.S. seeking asylum are here legally – even those who may have no documentation.

Rogerson acknowledges that the issue of immigration in the U.S. has become politically fraught, but has advice for those of us discussing the issue.

“I think it makes sense to go back and look at your own migration story and your own family lineage and understand, in my case, for example, my family migrated to this country in the late 19th Century, early 20th Century,” Rogerson said. “None of these laws existed when my ancestors came to the United State. None of them. If you have family members who came to this country prior to the 1920s, none of these laws applied.”