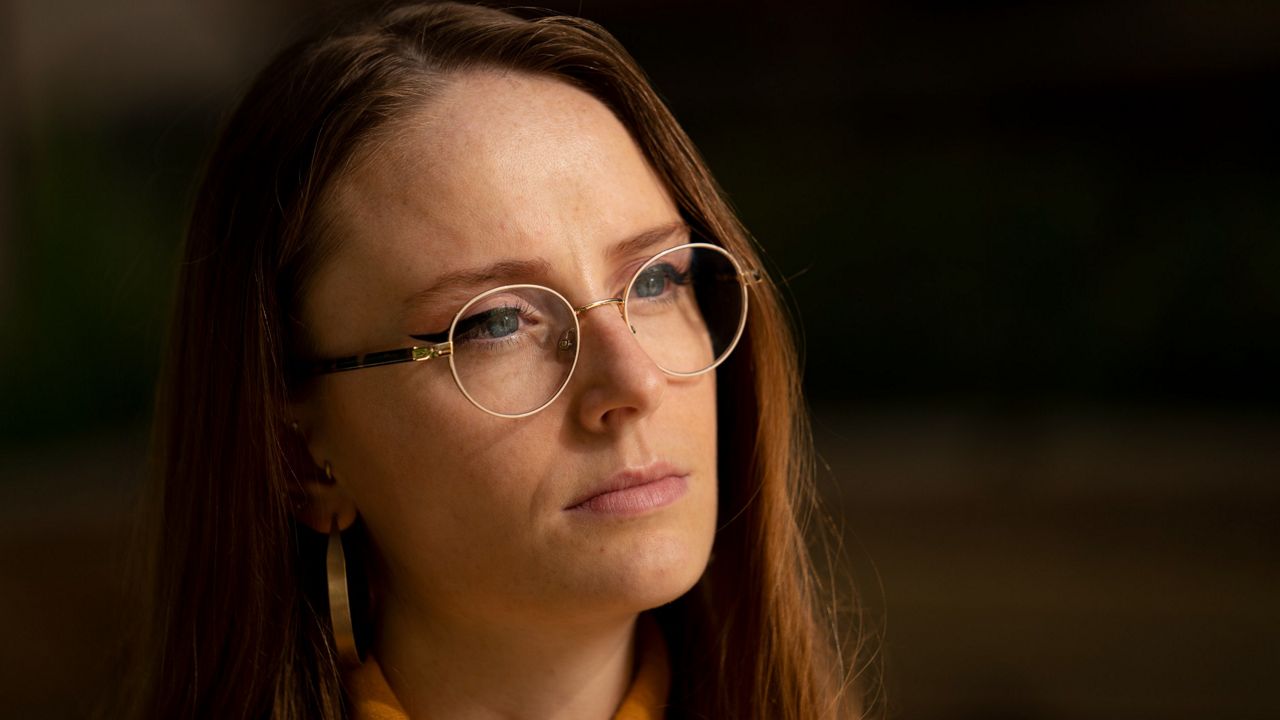 A onetime aide to former New York Gov. Andrew Cuomo sued him Wednesday, saying he sexually harassed her and then smeared her reputation after she became the second woman to publicly accuse him of misconduct.

Charlotte Bennett's lawsuit, filed in a federal court in New York City, repeats many of the allegations she has talked about publicly in the year and a half since she first began telling her story.

She said the governor subjected her to unwanted advances, including telling her he was “lonely” and on the hunt for a girlfriend and asking her if she would be open to sex with an older man.

.@_char_bennett_ attorney Rachel Green says Bennett “is determined to close this chapter in her life and it has been impossible to close this chapter with former Governor Cuomo continuously smearing her credibility and attempting to spread falsities about her across the media.” https://t.co/VuygAr9nAV

The lawsuit is at least the second to be filed by one of the multiple women who accused Cuomo of sexual harassment before the scandal led to his resignation last summer. Bennett has also sued three Cuomo aides.

“This lawsuit raises a variety of federal, state and city claims against former Gov. Cuomo and several of his top aides for violations of her civil rights in the form of harassment, some of the claims allege aiding and abetting harassment by some of the top aides of the former governor, as well as retaliation,” says Rachel Green, an attorney for Charlotte Bennett.

The suit seeks unspecified damages, saying Bennett experienced near-debilitating anxiety, symptoms of depression and a neurological disorder after a barrage of inappropriate comments by the governor spoiled her job as a health policy adviser in the governor’s administration.

In a statement, Cuomo attorney Rita Glavin said Cuomo “has always said he didn’t harass anyone and with each day that goes by more and more information is uncovered showing how evidence favorable to the Governor was suppressed and crucial facts ignored or omitted that undermined witness credibility."

“We’ll see them in court,” she added.

Cuomo resigned after New York's attorney general released the results of an investigation that concluded Cuomo had sexually harassed at least 11 women, including Bennett.

Those women had told of being subjected to unwanted kisses and touches, or inappropriate comments about their looks and their sex lives. One aide filed a criminal complaint alleging that Cuomo had groped her breast. The charge was later dropped by the Albany district attorney, who cited a lack of proof. Cuomo denied the allegation.

Bennett played a critical role in Cuomo's downfall. At the time she came forward with her accusations, only one other woman, Lindsey Boylan, had spoken publicly about being harassed by the governor.

By adding her voice, Bennett emboldened other women to speak up.

“I was really scared to come forward,” Bennett later told The Associated Press. “But something that reassured me even in that moment of fear was that there were women before me … (it wasn’t) Charlotte versus the governor, but a movement, moving forward. And I am one small event and one small piece of reckoning with sexual misconduct, in workplaces and elsewhere.”

When Bennett initially told her story to The New York Times, Cuomo appeared to acknowledge that he had hurt her with comments inappropriate for a workplace, but denied that he was making sexual advances. He claimed Bennett had misinterpreted his comments.

Bennett, who turned 25 when she worked for Cuomo, said she had no doubt that Cuomo's comments — some of which were delivered in a whisper — were intended to probe her interest in a sexual relationship.

“Ms. Bennett started her career in public service when she was 23. She is now 27. And she is determined to close this chapter in her life. And yes, it has been impossible to close this chapter with former Gov. Cuomo continuously smearing her credibility and attempting to spread falsities about her across the media,” Green said.

Bennett's lawsuit came a day after Cuomo filed an ethics complaint against New York Attorney General Letitia James, claiming the sexual harassment investigation she launched against the governor was biased and intended to drive him from office.

In February, Cuomo was sued by a New York State Police trooper who said Cuomo subjected her to sexual remarks and on occasion ran his hand or fingers across her stomach and her back.