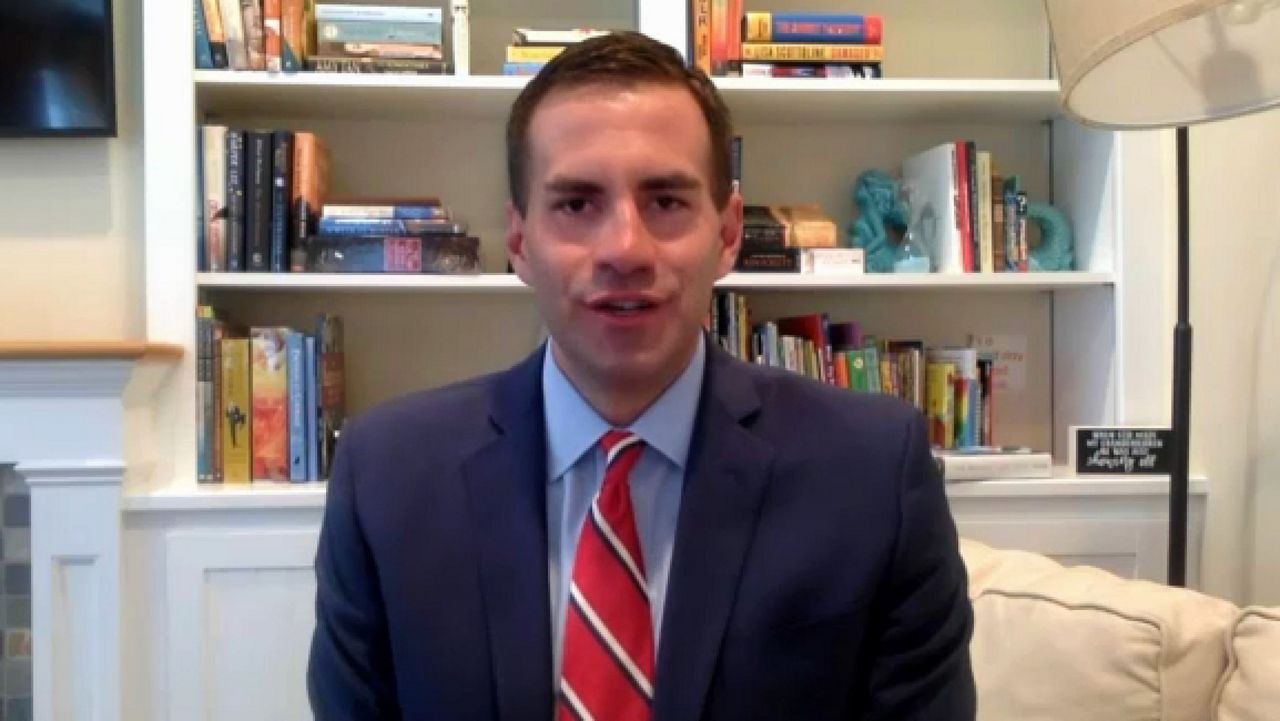 The new 18th Congressional District includes most of the big cities in the Hudson Valley, from Newburgh north to New Paltz and Kingston. The district includes all of Orange County, most of Dutchess County and a sliver of Ulster County. While there are three Democrats running on Tuesday for their party’s nomination, there is no Republican primary. Two-term state Assemblyman Colin Schmitt is the lone Republican vying for the seat.

Schmitt is the ranking minority member on the Assembly’s Committee on Local Government. As an teenage aide to former Assemblymember Annie Rabbit, he remains the youngest Assembly aide in history.

“My father, he’s now retired, but at the time was an FDNY firefighter, a fire lieutenant, and I was looking for a way to get involved and to give back and Annie Rabbit was willing to give me an opportunity and I’ve been grateful ever since,” Schmitt told Capital Tonight. “I learned a lot, got to help a lot of constituents and, as the state Assembly offices go, they’re small staffs, so I got to work on everything and I was always involved in my community, involved in my church."

According to the Cook Political Report, the new 18th District is a “Democratic Toss-up”. Asked whether he considers himself a moderate Republican or a “Trump” Republican, Schmitt said he is proud to be one of the most bipartisan members of the Assembly.

“I worked on common sense issues with members of both parties for the betterment of my district, and that’s something I want to take to Washington, D.C.,” he said.

Asked about the economy and inflation, Schmitt said they are the two issues that he hears most about on the campaign trail.

“Day one, we need to focus on stopping these trillions of dollars of wasteful spending, which is really fueling the inflation prices,” he said. "Next, we have to really bring back our country to American energy independence and we need to allow companies and workers to do their job and incentive working – not not working.”

While Republican candidate for governor Lee Zeldin has announced his intention to overturn the state’s fracking ban, which was implemented under former Gov. Andrew Cuomo, Schmitt wouldn’t commit to supporting the idea because, he explained, “fracking in New York will be left as a state decision."

That said, Schmitt is committed to energy independence.

“I think that restoring American energy independence is an across-the-board solution,” he said. “There’s not one single facet to achieve that. You have to look at all areas, whether that is traditional fuels as well as next generation technology and next generation energy. So, my solution would be looking at all avenues.”

The winner of the Democratic primary will take on Schmitt in November.