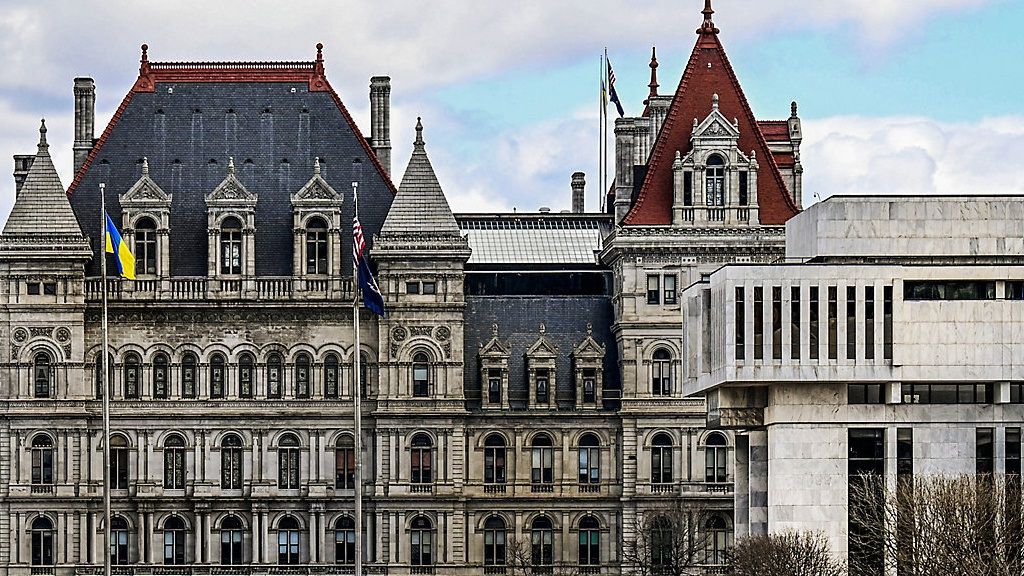 The legal fight is on to determine who will redraw the state Assembly maps tossed out in June by a mid-level court that ruled the lines unconstitutional.

Hours later Monday night, activists on the political right and left behind the initial lawsuit challenging the Assembly maps requested the lines be redrawn by a special master to be appointed, building on a challenge that's been moving through state courts since May.

Heastie said it's the commission's job to redraw lines under the 2014 constitutional amendment establishing the IRC.

The state constitution does not dictate when the bipartisan appointments of the 10-member commission expire. New members are not expected to be appointed.

Both sides disagree on the level of ambiguity of the language in the state constitution that created the commission and how to proceed.

Peter Devlin, an attorney representing petitioners Paul Nichols and Gary Greenberg, said the constitution is clear about the commission's timeline, and their maps had to be submitted by February.

"It's important that the IRC and the Legislature don't get these re-dos, these mulligans," Devlin said Tuesday. "They need to understand that they have to get it right the first time and won't get a second bite at the apple. And that's what's going to produce the fairest map and lead to the most robust redistricting process that we can have."

The decision will likely come down to a decision in the state's top court that could take months.

The commission failed to reach a consensus in drawing the new election district lines, but members who clashed on the initial maps agree they must wait for the court's decision.

IRC Chair David Imamura, a Democratic appointee, stressed the need to wait for the final judicial resolution before making plans about how to proceed with a redraw.

"I think that if we are only looking at the Assembly maps, I think there is room for a compromise, for an agreement on something between me and my Republican colleagues," Imamura said.

The chair noted the 10-member commission — currently with nine appointed members — agreed on the Assembly lines except for the district line dividing Queens and Nassau County.

Charlie Nesbitt, a Republican appointee to the commission and former Assembly minority leader in the early 2000s, agrees the commission would be up to the task of successfully redrawing new Assembly boundaries.

Nesbitt added the recent work of the IRC was the first time the commission convened since its creation, and it will take time to set the proper legal precedent under the constitutional changes.

"We have a bunch of folks, of good people, good-hearted people, bright people, but this is their first time through working on a commission like this," he said. "It is the first time that it's been done. There's no looking back to see how somebody else did it, so I kind of believe slow and steady work is what will get the best result for us."

Nesbitt and Imamura both declined to state their opinion on who should redraw the Assembly lines, referring to the upcoming court decision.

Representatives with Hochul's office declined to comment about the governor's support of the IRC taking another stab at configuring new boundaries for the 150 seats in the lower house of the Legislature, citing pending litigation.