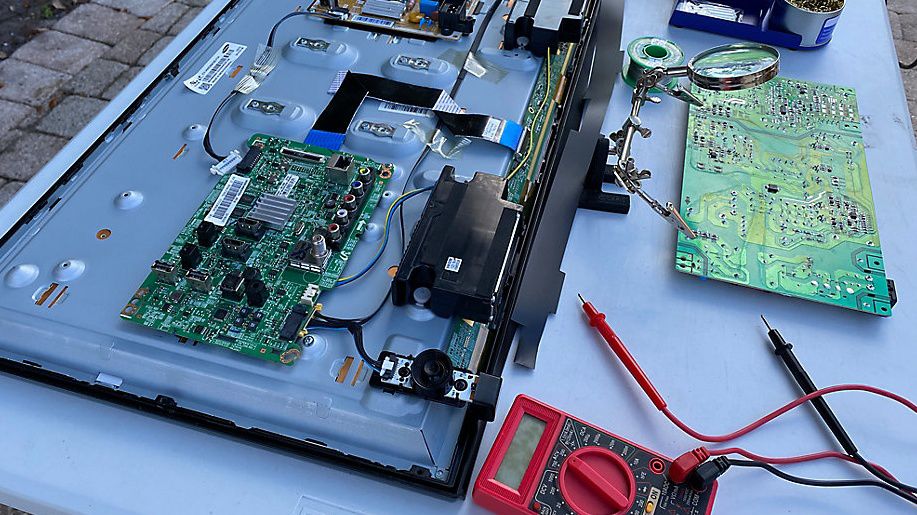 Both sides of Right to Repair bill vie​ for Hochul's support

People on both sides of the debate of the Right to Repair legislation are working hard to get the attention of Gov. Kathy Hochul, who has not indicated where she stands on the measure.

If signed into law, the Right to Repair bill would require the original manufacturers of electronic equipment, like smartphones, tablets and laptop computers, to provide diagnostic and repair information to independent repair providers.

"We think it's a win-win-win for the system," bill sponsor Assemblywoman Patricia Fahy said Tuesday.

Fahy, a Democrat from Albany, said it's akin to allowing independent mechanic shops to repair your vehicle, or how the original founders of Apple and Windows got their start.

"If you think of how things started in the garage of Steve Jobs and Bill Gates, as a teacher put to me, they burned the bridge behind them by closing off their repairability and their diagnostic information," she said. "So we want to reopen that and create the innovators for tomorrow."

Fahy and her staff have spoken to Hochul's staff about the measure, which would cause a 400% estimated increase in independent repair shops and create local jobs, as well as save consumers hundreds of dollars per year and cut down on electronic waste.

"...What we really want to see is creating a whole new entrepreneurial class for those tinkerers who want to flourish," Fahy added.

But organizations representing electronic equipment businesses and manufacturers say if the bill becomes law, it will compromise the integrity of their products, put users' data at risk and harm consumer security.

"Our manufacturers want to make sure that shop has gone through the proper training and is authorized to do the types of repairs that are out there," said Dustin Brighton, executive director of the Repair Done Right Coalition. "The manufacturers absolutely want to protect the consumers as well as the integrity of their products."

Brighton sent Hochul a letter at the start of the summer detailing his concerns and urging her to veto the measure.

A few independent repair retailers exist, such as kiosks at malls that fix cracked phone screens, but using a third-party repairer runs the risk of voiding the warranty on your device.

Members of the Repair Done Right Coalition would love to speak with Hochul's office about a compromise, Brighton said.

He suspects the bill would open the state to potential litigation for violating commerce rules.

​Fahy worked with the Federal Trade Commission on every page of the bill, she says, citing FTC reports that concluded manufacturer's current practices are monopolistic and safety concerns are unfounded.

But the governor's office has remained silent on how Hochul stands on the legislation. Bill sponsors and activists alike remain in the dark about her intent to sign or veto the Fair Repair legislation.

A spokesman with Hochul's office said Tuesday the governor is reviewing the measure, and would not answer questions about her intent to sign, amend or veto it.

Hochul has until the end of the year to take action on the bill.

"We think we have some time here," Fahy said. "And let's, let's hope no news is good news right now."

The Right to Repair bill passed both houses of the state Legislature for the first time this session.

New York will become the first state in the nation to have such a law if the bill is signed. The Repair Done Right Coalition is following similar legislation proposed in more than 30 states.