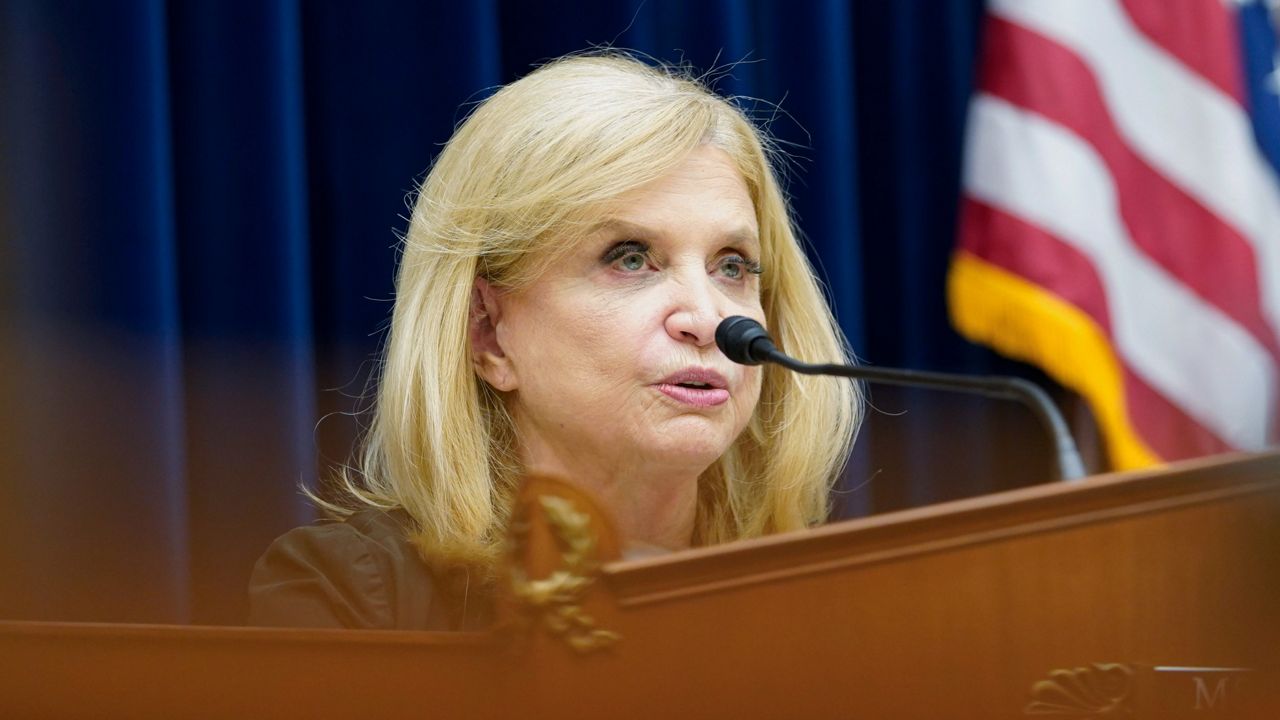 Chairwoman Rep. Carolyn Maloney, D-N.Y., asks a question during a House Committee on Oversight and Reform hearing to examine the practices and profits of gun manufacturers, Wednesday on Capitol Hill in Washington. (AP Photo)

The heads of two gun manufacturing companies faced a grilling on Capitol Hill Wednesday amid a surge of mass shootings.

The hearing came as a House Democrat-led investigation revealed the gun industry has raked in more than $1 billion from the sale of semi-automatic weapons over the last decade.

“The gun industry has flooded our neighborhoods, our schools, and even our churches and synagogues with these deadly weapons and gotten rich doing it,” House Oversight Chairwoman Rep. Carolyn Maloney of New York said as part of her opening remarks.

The CEOs of Sturm, Ruger, and Company, as well as Daniel Defense CEO Marty Daniel, both took questions from lawmakers, including whether they believe they have any responsibility for the swath of mass shootings.

“How many more American children need to die before your company will stop selling assault weapons to civilians?” Maloney asked.

“I believe that these murders are local problems, that have to be solved locally,” Daniel replied.

In the hours leading up to the hearing, the Democrats on the House Oversight panel released the results of an investigation, which found that five major gun companies have taken in more than $1 billion in the last 10 years from the sale of AR-15-style semi-automatic weapons.

The companies, the investigation found, also sometimes marketed the guns to young men as a way to prove their masculinity.

The hearing featured recorded statements from those affected by the recent shootings, including the fiance of a man killed at the Tops grocery store in Buffalo, where an 18-year-old gunman is accused of killing 10 people in a racially motivated attack.

“What are you going to make sure that your products don’t get into the hands of a white supremacist mass shooter ever again who will take a child’s father away?” Tracey Maciulewicz said in her video statement, posing the question to gun makers.

The gun CEOs and Republicans on the committee pushed back, questioning the purpose of the hearing and arguing it is not the guns that are the problem.

“These acts are committed by murderers,” Daniel said.

The hearing comes as House Democrats are weighing moving ahead with a vote on legislation to outlaw the sale of AR-15-style guns.

Even if such legislation clears the House, it stands little chance in the evenly-split Senate. But with just months to go until the election, a vote would give Democrats a chance to put Republicans on record as opposing it.