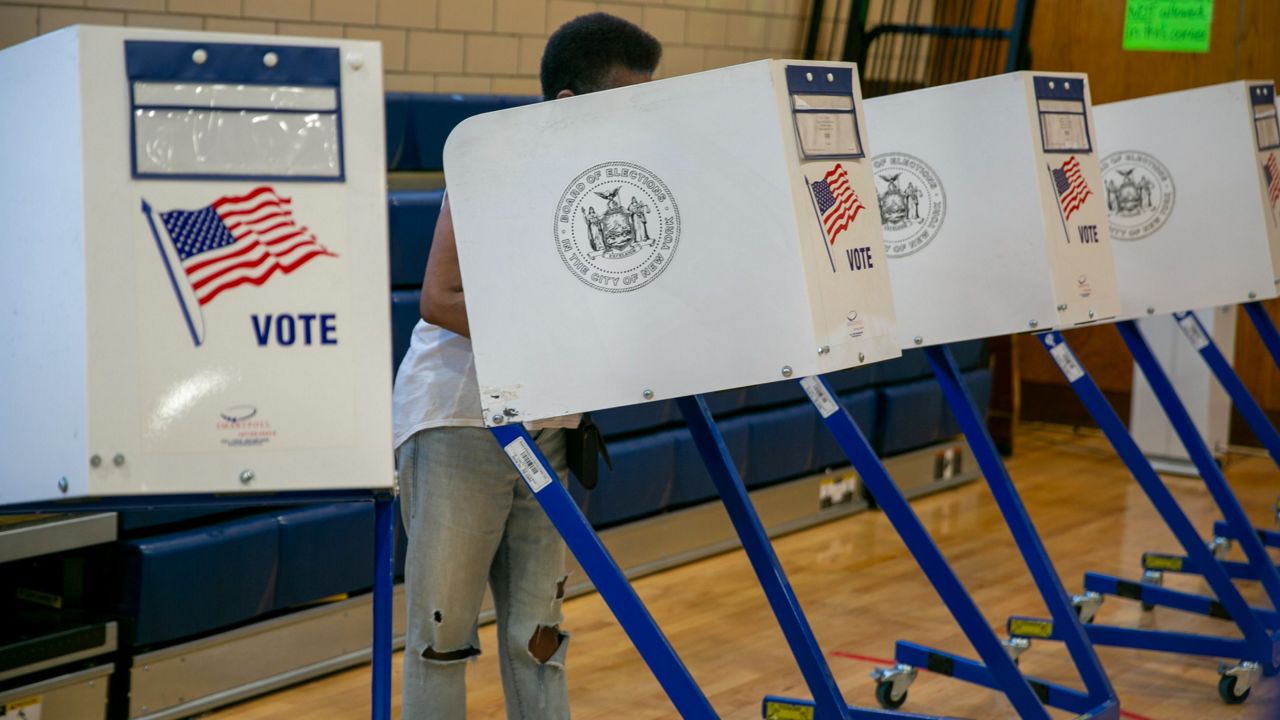 On Aug. 23, New Yorkers will head to the polls for the second primary day in this election cycle — this time for primary elections for Congress and the state Senate.

In less competitive districts, the party primary in August could effectively select November’s winner. Steve Greenberg, a Siena College pollster, told Capital Tonight that there are competitive primaries and races to watch from Long Island to Western New York.

Starting in Western New York, the race to replace the retiring Rep. Chris Jacobs in the 23rd Congressional District could come down to the Republican primary in the Republican-leaning Western New York district. The chairman of the state’s Republican Party, Nick Langworthy, is facing off against the party’s 2010 gubernatorial nominee, Carl Paladino. Greenberg said to get your popcorn ready as you consume a flurry of political ads before the primary. There will also be a special election in the outgoing 23rd District to fill the remainder of former Rep. Tom Reed’s term, which expires in January.

One of the most competitive districts in the state is in the Central New York region. The newly drawn 22nd District contains much of the area currently represented by Rep. John Katko. Katko is a Republican who represents a Democratic-leaning district. Greenberg expects this race to be close, but it will come down to who prevails in the crowded primary election.

A bruising fight is taking place in the Hudson Valley’s 17th Congressional District. State Sen. Alessandra Biaggi is taking on incumbent Rep. Sean Patrick Maloney, who also chairs the Democratic Congressional Campaign Committee. On the primary, Greenberg says “Democrats sometimes can’t help but beat up on each other.” While there will be a competitive election in November, Greenberg said the Democratic candidate will have a slight edge due to the district’s makeup.

There will be a special election in the 19th Congressional District between Republican Marc Molinaro and Democrat Pat Ryan to fill the seat vacated by Lt. Gov. Antonio Delgado. This race is being closely watched on the national level as it will be the first election in a competitive seat since the Supreme Court overturned Roe v. Wade in the Dobbs v. Jackson Women’s Health Organization.