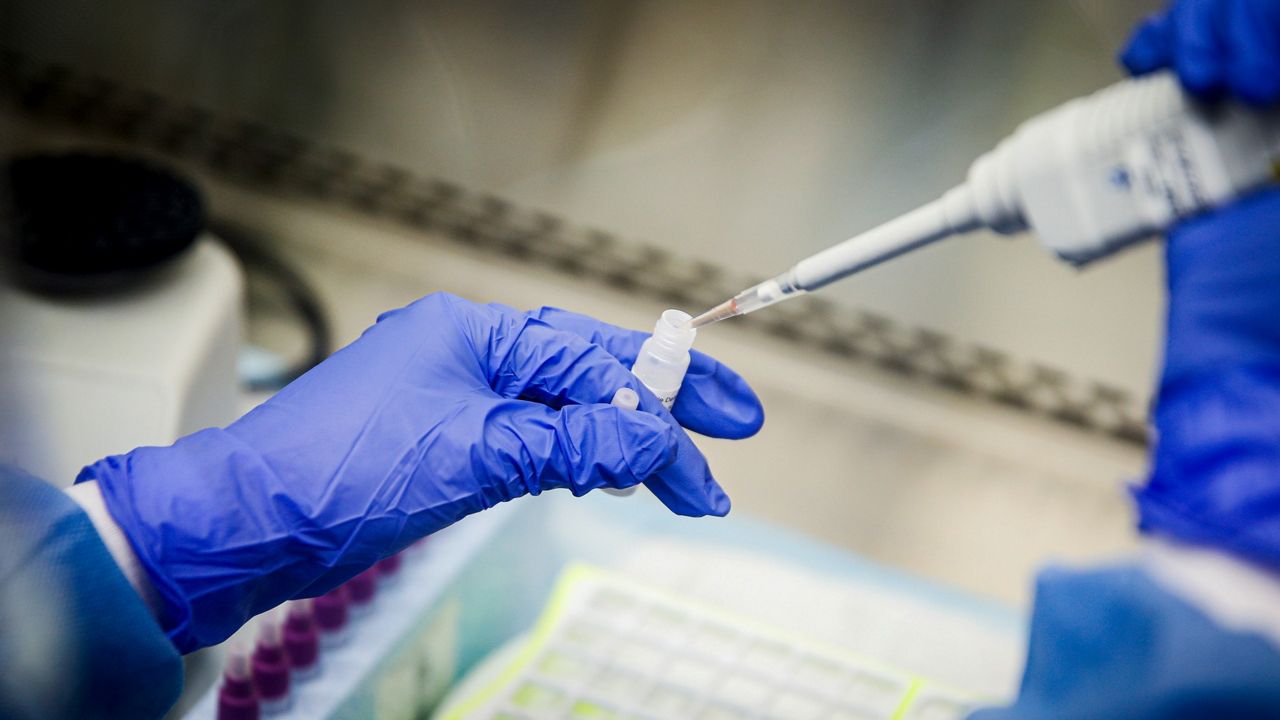 Bipartisan support that has grown over the last two years for legislation to create a commission to study the state's controversial COVID-19 policies in congregate-care settings could shift depending on how Gov. Kathy Hochul's administration carries out its planned Pandemic After-Action Review, lawmakers said.

The state has started accepting bids from consulting firms for its one-year review of the state's pandemic policies after a Request For Proposal was released Wednesday.

Lawmakers and other advocates are concerned about Hochul's administration handling the state-led review, and said it should not prevent a separately outsourced probe with subpoena power into the state's nursing home policies and their impact on the 15,000 New Yorkers who died from COVID in congregate-care settings.

Sen. Jim Tedisco and Assemblymember Ron Kim were the first lawmakers to propose legislation in late 2020 to create a commission to study the pandemic's effects on nursing home deaths with subpoena power after the March 2020 order that required nursing homes not turn away COVID-positive patients to prevent hospitals from becoming overwhelmed.

"I think one compliments another," Kim, who chairs the Assembly Aging Committee, said Thursday. "If the governor feels that it's redundant that we want more clarity that what she's mandating in the RFP will include an independent investigation with subpoena power to make sure we can get the job done."

Any firms that contracted with the state to advise agencies and authorities about its response to the COVID-19 pandemic, including relief, recovery programs and support services, will be ineligible to perform the review, according to the RFP.

But lawmakers and advocates have raised concerns since Hochul's announcement, saying the RFP language doesn't go far enough to ensure the firm will ask the right questions and demand difficult answers from powerful state officials and lobbyists who may have influenced pandemic decisions.

For example, the controversial nursing home memo to help prevent hospital overflow was enforced while hundreds of extra beds sat vacant at the Javits Center and USS Comfort overflow hospitals.

"If she really wanted it independent, she would have passed our bill for an outside, bipartisan independent investigation with subpoena power involving the majority leaders and the minority leaders from both parties and the governor," said Tedisco, a Republican from Glenville.

Tedisco and Kim will continue to push to adopt the measure in the 2023 legislative session.

State Division of Homeland Security and Emergency Services Commissioner Jackie Bray will oversee the review and help to select the firm with Hochul's staff. The firm will review the state's COVID-19 practices and decisions, including their impact on the economy, schools, health care and number of deaths.

"I authorized a look back for us to examine what happened in the past, but the whole purpose is to look with an eye toward the future and how we prepare for that and making sure that we are independently running this," Hochul said about the planned review Wednesday during a coronavirus briefing in Manhattan. "It's also going to be important to me that independent entities are selected."

During her Senate confirmation hearings early this year, State Health Department Commissioner Dr. Mary Bassett said she was not going to read the order and stressed moving forward from the past.

“The New York State Department of Health supports Governor Hochul’s decision to conduct After-Action Review of the State’s COVID-19 response and we look forward to the results of this review," Health Department officials said in a statement Thursday.

The department did not provide comment in response to questions about how the review can remain independent in light of the commissioner's recent comments showing she was disinterested in reviewing past pandemic policies.

The governor's administration is selecting the firm and will be its main point of contact. Hochul will get an update at the six-month mark, or early next year.

Critics have noted the results will come out well after the November election.

"They're slow-walking to get through to an election, and that's not what I believe is going to make the family members go away," Tedisco said.

Still, Democrats like Kim are open to working with the governor on the state's review if they see the results reflect holding the state, lobbyists given immunity and other powerful players accountable. He might consider changing his push for a separate probe on pandemic nursing home policies, depending.

"If we are pleased this is a thorough forensic auditing and an accountability of what went wrong, then we'll support the outcome and we'll continue to work with the governor and build a partnership with her to figure out what the next steps should be toward accountability," said Kim, of Queens. "If we can get the truth out of all those elements and hold the state accountable, I'll be the first one to celebrate that report and applaud the governor for doing the right thing."

The state Assembly, attorney general's and state comptroller's offices have conducted investigations and reviews into the state's pandemic response. The Pandemic After-Action Review will not conflict with other ongoing inquiries.

New York law does not allow the governor to grant subpoena power to any agency that conducts this review.

The outside agency that will perform this investigation will report directly to Bray, Hochul and other top aides, who will control releasing the firm's findings and information.