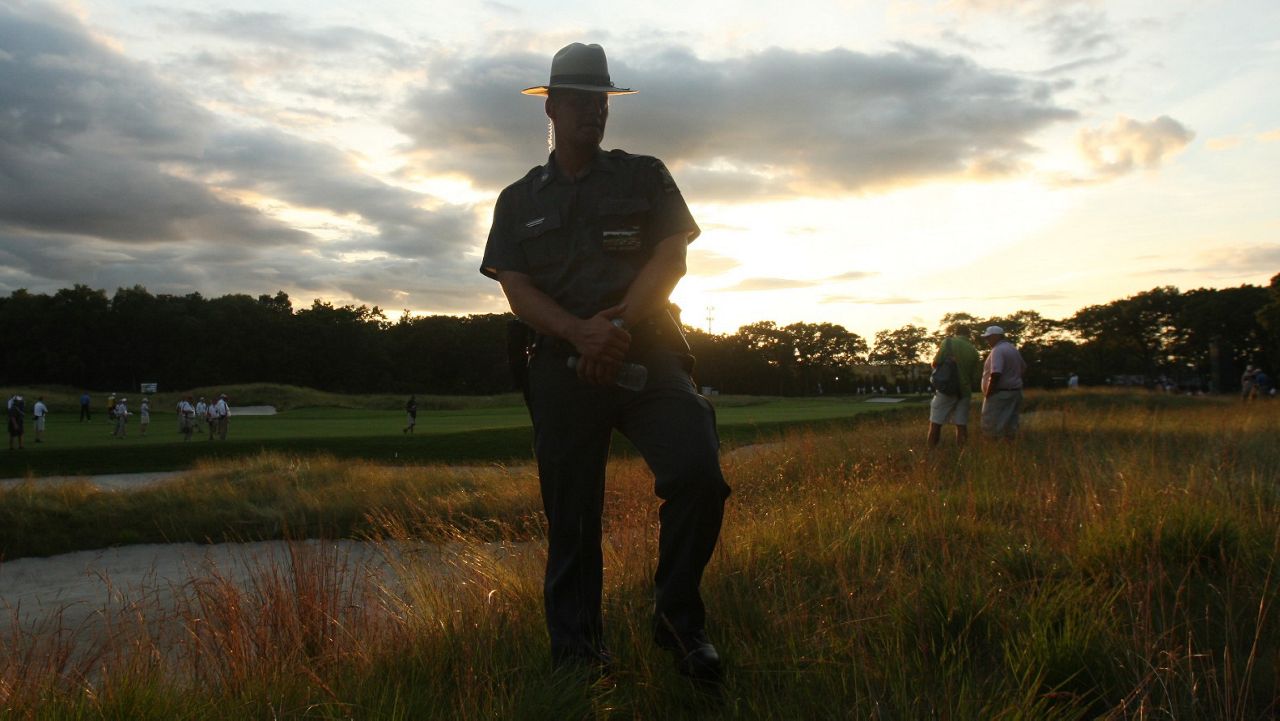 Pressure is mounting on Gov. Kathy Hochul to sign a bill into law to bring parity to the law enforcement retirement system.

About 97% of police officers in the state have a 20-year pension. The other 3%, or roughly 1,200, work as environmental conservation officers or police in state parks and universities and retire after 25 years.

The bill to establish a 20-year retirement system for all state law enforcement has broad bipartisan support and passed again this legislative session.

Police Benevolent Association of New York State President James McCartney said he hopes the legislation will reverse the trend of losing officers to local police departments for better pay and retirement. Just over half of the 458 park police officers hired between 1999 and 2018 remain today, according to a 2021 SUNY report.

"Members are leaving at alarming rates going to other agencies that offer a 20-year pension," he said in Albany on Thursday. "So this will help retain officers and this will help give a better quality of life for our members."

The measure has had few changes or challenges among lawmakers since it was first introduced about seven years ago. The DEC, Office of Parks, Recreation and Historic Preservation, the last two SUNY chancellors, scores of organizations and others have submitted memos in support of the bill.

Hochul vetoed the legislation Dec. 29, leaving it for negotiation in the last state budget.

But it was not included in the latest $220 billion spending plan because pension bargaining done in the budget violates the state constitution under the Taylor Law, bill sponsor Sen. Robert Jackson said.

"We're pleading for our governor, 'Hey look at it,'" said Jackson, a Manhattan Democrat. "If they could do it in negotiations, they would have done it a long time ago. So we're asking her to please reconsider and consult with the constitutional Taylor Law and let's give these 1,100 officers what they're rightfully due as a pension equal to all the other law enforcement around the state of New York."

“The governor is reviewing the bill,” a spokesman with Hochul’s office said.

It will cost the state $7.1 million per year to change the environmental, park and university police retirement system to 20 years, Jackson said.

McCartney cited the 2021 SUNY report that showed the disparity among law enforcement pensions has cost the state more than $30 million in recruiting, training and paying the first-year salaries of officers who quickly leave for municipal agencies.

Recently, the PBA lost two veteran officers for positions with a 20-year retirement and a $20,000 raise.

"These guys wanted to stay," McCartney said. "But these guys shouldn't have to choose between their family and the job they love. So, it's tough decisions."

They currently average 92% white officers and are 18% female.

The union and lawmakers have met repeatedly with the governor's staff about the bill this year, but Hochul's aides would not indicate if she plans to sign the legislation.