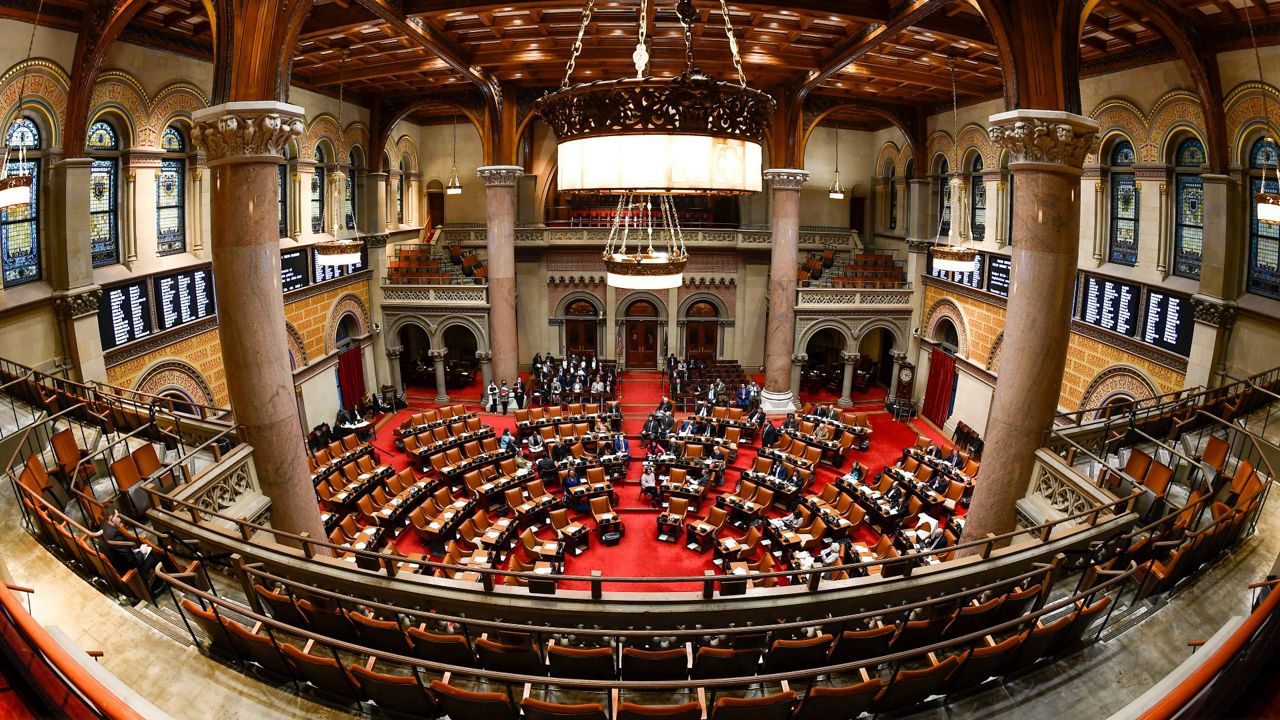 The state's highest court is expected to accept or reject an appeal early next week to consolidate the state's two primary elections to one late-summer date.

The bipartisan group, who won their legal challenge Friday in a mid-tier court ruling the new Assembly maps are unconstitutional, filed an appeal in the state Court of Appeals in Manhattan hours later after state Appellate Judge Susanna Molina Rojas ruled the invalidated lines would stay in place for the June 28 primary and Nov. 8 general election.

"We think combining all the primaries into a single day, which is generally done everywhere, should be the goal here," said New York Young Republican Club President Gavin Wax, who filed the initial challenge to the state Assembly maps. "We think if we move the primaries for the Assembly to August or September, that gives more than enough time for a special master to draw the maps and for those maps to be implemented."

The Court of Appeals responded to the appeal within an hour of filing and is expediting its review to make a decision early next week. The plaintiff's attorneys must submit a brief of arguments by Saturday, with state counsel required to submit their brief by Sunday.

Attorneys hope to be in Albany for arguments Tuesday or Wednesday.

"We don't think voters should have to endure even one unconstitutional election," said attorney Jim Walden, counsel for plaintiff Gary Greenberg. "We think there is plenty of time to redraw the maps and move the primary for the Assembly races into mid-September together with the statewide races."

The state Senate and congressional primary, and special election for two vacant seats in the U.S. House of Representatives, is scheduled for Aug. 23.

The group also plans to push a legal challenge for a special election to be held in 2023 if the Court of Appeals dismisses their appeal to consolidate the 2022 primary elections.

"The ultimate goal is we want to minimize the use of these illegal and unconstitutional maps to the shortest time legally possible," Wax said. "...Even if it is 2024, that is ultimately the last time these maps will be used, that is still a victory. Two years instead of 10 years of unconstitutional maps is a victory in my book."

Five Appellate Court judges agreed lawmakers violated the state constitution by drawing their own Assembly district lines without a second set of maps from the Independent Redistricting Commission.

A state Supreme Court judge in Manhattan will oversee the procedure for the new Assembly maps to be redrawn and implemented in 2024.

It's unclear who the Supreme Court will appoint or the timeline to redraw the new lines.

"Because we're talking about 2024, which is a long way away, you don't necessarily have to appoint a special master or have the special master draw it," said Michael Li, Brennan Center for Justice senior counsel. "It's not clear that there will be a special master in this case. There may be some effort to get the court to order to get the [Independent Redistricting] commission to reconvene and try to get the process play out in a way that is close to what the Constitution envisioned."