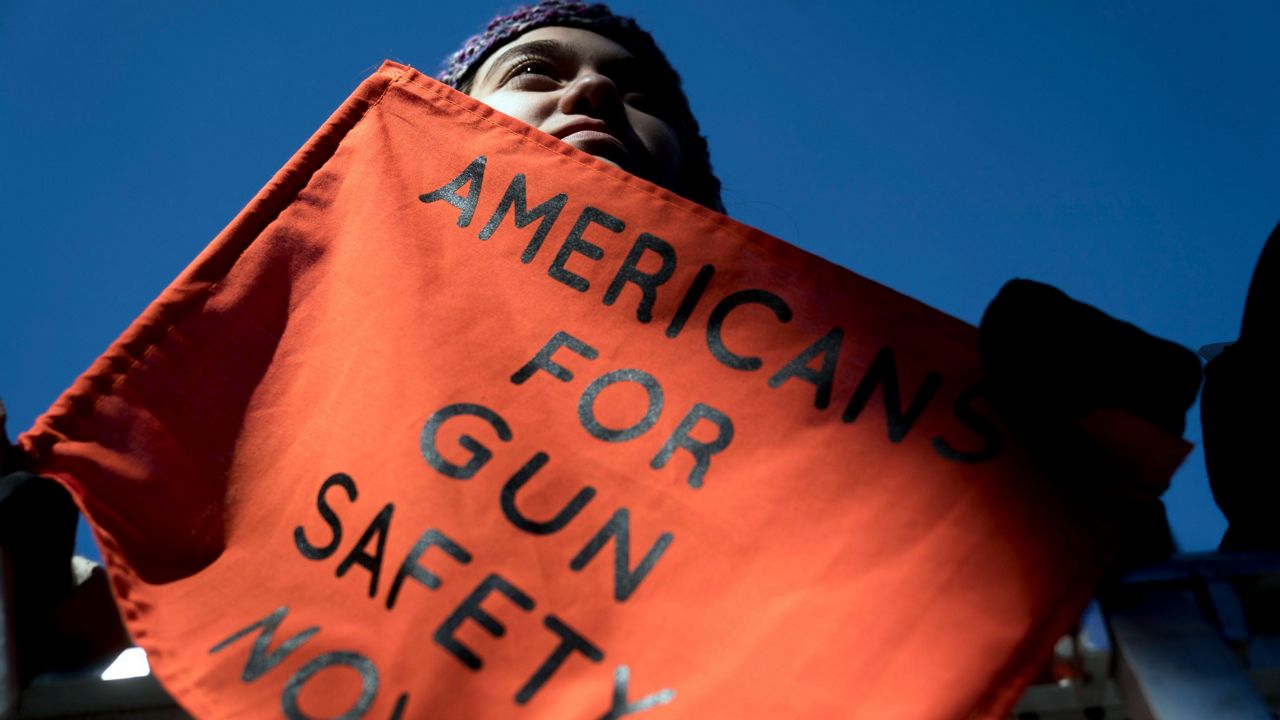 BUFFALO, N.Y. -- At the end of last school year, Gov. Kathy Hochul says then 17-year-old Payton Gendron said for a class project about what he wanted to do next was to commit murder and suicide.

Police said it triggered a mental health evaluation but Gendron was released with no further action.

"I want to find out what happened with the application of our Red Flag Law, which I championed around the state, that when there's early warning signs that someone can do harm to themselves or others, there has to be an examination as to whether not there are guns in the house that this person has access to," Hochul said.

New York's Red Flag Law allows certain people close to someone who could potentially be a threat, including family members, members of the same household and school officials to apply for an extreme risk protection order. If a judge grants that order, state police can then remove that person's guns and flag that individual on the National Instant Criminal Background Check System so he or she cannot purchase firearms during that period either.

In the case of Gendron, who allegedly killed 10 people in Buffalo over the weekend with an assault weapon he purchased legally and then altered, that doesn't appear to have happened. Buffalo Police Commissioner Joseph Gramaglia explained his understanding of the incident in June last year.

"State police responded. They investigated. They interviewed the subject and they felt it was appropriate at that time to have that individual brought in for a mental health evaluation. State police did their job to the fullest that they could at that time," Gramaglia said.

But New Yorkers Against Gun Violence Executive Director Rebecca Fischer believes the system failed on several fronts. She said not only could family or school administrators have applied for the restraining order, but police as well.

"To the extent that we have this law on the books, it needs to be used and the facts are still developing. We don't know exactly what law enforcement did in terms of utilizing that information but they themselves assessed it seems that ERPO was not necessary," Fischer said.

State Sen. Brian Kavanagh, a Democrat from Manhattan who co-sponsored the legislation that passed in 2019, said this case should be fully investigated, but the state has issued roughly 1,500 ERPOs in the last three years and he has every reason to believe they may have saved other lives.

"We have every reason to believe that if you issue orders when someone is a danger that you are decreasing the chances of harm in that case," he said. "It's important that if people who had access to this individual at that time and had reason to believe he was dangerous failed to act and get a Red Flag order in place that we learn from that and don't repeat that mistake in other instances."

Fischer said while New York's Red Flag Law is one of the strongest in the country, she believes there needs to be more education about it, especially for educators and law enforcement.

"Absolutely there needs to be more information out there. We have worked with some communities on doing a public campaign on this but there's only so much a non-profit organization can do. We need more government assistance, we need more resources to be able to do truly the type of training that is required to make this accessible," she said.

Fischer also pointed out Gendron appears to have made numerous posts online she believes could have triggered a red flag if they had been investigated more thoroughly prior to the mass shooting.