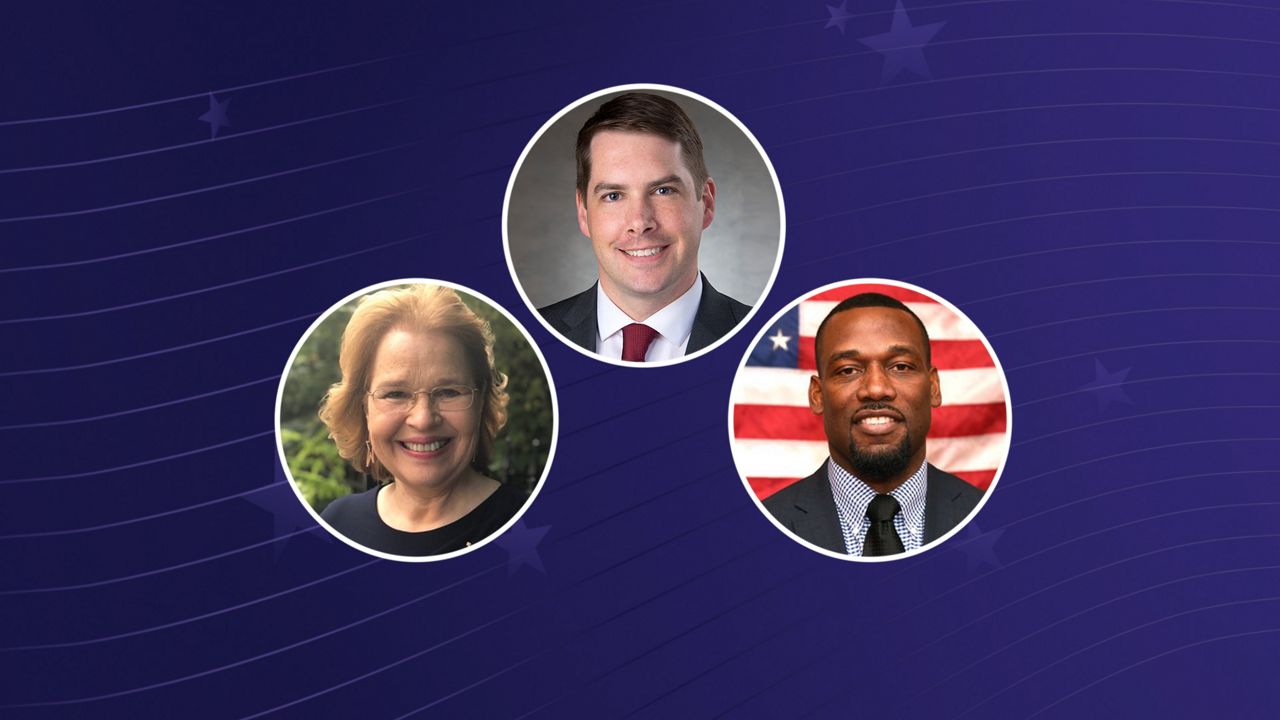 Three’s company in the race for mayor of Syracuse

“I’m just taking a look, up in Eastwood where we were supposed to be canvassing this past weekend, but we got rained out. So, we’re going to try to get back out there,” he said.

Not only is he running the city of Syracuse, he’s also running for the opportunity to keep his job.

“There’s something really special about the campaign. The pace is exhausting, but it is also invigorating at the same time,” Walsh said.

“It’s going great,” Burman said of her campaign season. “The momentum is building. I’m hearing from more and more voters every day that they share my vision for the city.”

“We’ve got 12 days left, roughly, and we’ve got a team that’s been on the streets," Bey said. "We’ve been on the phones heavy, trying to make contact with voters."

Because Syracuse leans so heavily Democratic, you’d have to think that, in terms of challengers, Khalid Bey is out in front in the effort to unseat the incumbent and the name recognition that comes with Ben Walsh.

However, Syracuse is also a city that elected an independent four years ago, so you simply cannot count anyone out.

“We need effective leadership in the city. We haven’t had that for many administrations now,” Burman said.

In an election that could swing in several ways, it’ll be all about bases, getting people out to vote and who can best share their message when it comes to personal and public safety, growing prosperity and the economy and all the other issues that are so important to those who live in the city.

“We wanted to make sure that people knew we were thinking beyond the first term and planning for the next four years, and so, that’s what the ‘Plan to Keep Rising’ (Walsh’s platform) is all about,” Walsh said.

“We have a problem with rising violent crime. Sure, that’s happening all over the nation, but that shouldn’t keep us from coming up with our own solutions for it and I have a entirely different model for policing than what we’re doing now,” Burman added.

“We need to revitalize neighborhoods to make people have the opportunity to experience and enjoy the quality of life that they deserve,” Bey said.

Platforms and priorities on those issues that you can hear each candidate get into great detail on Tuesday, Oct. 26 when Spectrum News 1 hosts a special debate between these three candidates for mayor of Syracuse. It airs at 7:30 p.m. after Capital Tonight.