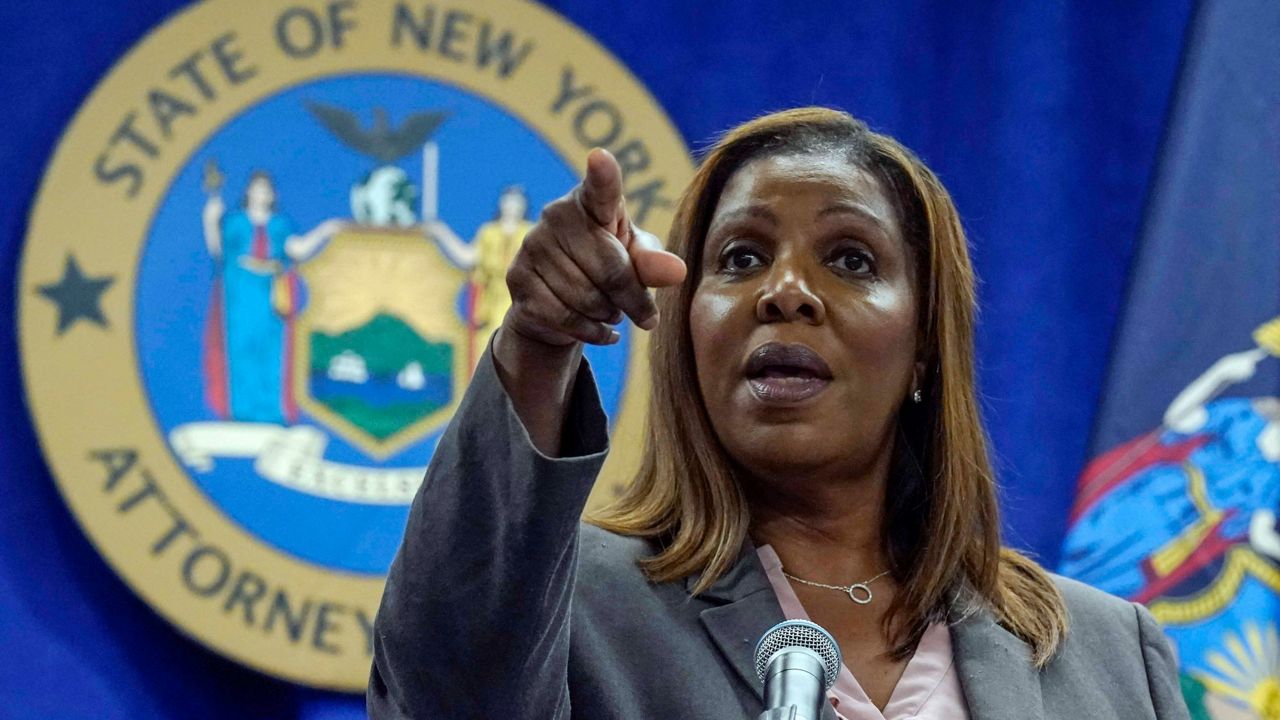 New York Attorney General Letitia James said she has endured attacks on the integrity of her 168-page report, which substantiated claims of at least 11 women who say former Gov. Andrew Cuomo sexually harassed them.

“Until now, I've chosen to take the high road,” James said at an event Wednesday morning in New York City. “I have chosen not to respond in detail. But that changes today.”

James has been the focal point of the former governor’s attacks while he faced criticism for the allegations against him from every corner. Cuomo and his advisors have openly denounced James, saying the only reason she opened an investigation into the former governor was to eventually run to replace him, ignoring the fact that it was Cuomo who authorized the James’ investigation back in March.

NYS Attorney General @TishJames at an @ABetterNY event in NYC:
1 Defends Cuomo sexual harassment report
2 Lays out how government/ community can work together
3 Explains how she has led NY as AG
Her speech ends in a standing ovation. Many think she will run for Governor in 2022

James continued to draw comparisons, saying her office took five months to complete the investigation, interviewed 179 people and collected more than 74,000 pieces of evidence. James said that Cuomo on the other hand, when he was attorney general, took 20 days to investigate Spitzer.

In the end, however, James said these attacks on the integrity and independence of the report only hurt not only the women who stepped forward to accuse Cuomo of sexual harassment, but also shakes the trust people place in government.

“Mr. Cuomo has a lot to say on these matters, but he has never taken responsibility for his own conduct,” James said. “He has never held himself accountable for how his behavior affected our state government. So let's not lose sight of what's important. It's not me, it's not Mr. Cuomo, but the survivors of his harassment, the people of our state whose trust he broke, and the people who believed in him, including myself.”

Rich Azzopardi, Cuomo’s former top aide and current spokesman, lashed back in a statement, saying, "As I’ve said, it should raise serious red flags that the AG and her staff duck every time specific questions about omissions and inaccuracies in the AG’s report are raised. The public deserves specific answers from the AG as to the credibility of her report — especially while she mulls a run for governor.”

Former Gov. Cuomo spox @RichAzzopardi in a statement put out a series of questions for the James report released in August, including one about a "hostile history" with Joon Kim and Cuomo. pic.twitter.com/r1RLDkktOF

James, now with the gloves fully off, also criticized the state Health Department’s handling of COVID-19 in nursing homes. James said when faced with a serious crisis, the DOH decided not to share critically important data, such as the complete number of nursing home residents who died of COVID-19 because of the potential optics.

The Cuomo administration was facing intense pressure to release the number of nursing home residents who died of COVID-19 in hospitals, which was left out of the final tally, right around the time that Cuomo was signing a $5.1 million book deal on his leadership during the pandemic.

The true death toll wasn't made public until James released a report in January that showed the state was undercounting the number of nursing home deaths by more than 50%.

James is currently still investigating whether Cuomo used state resources to help write his book on leadership during the pandemic.

Assemblywoman Mary Beth Walsh, who is part of the committee investigating Cuomo, says a report should be released in the next few weeks.

“We wanted to try and strike that balance between a thorough investigation and also a timely one,” Assemblywoman Walsh said. “And I think that now is the time to wrap it up.”

James continued on laying out what some might call a future agenda, detailing ways to reform how ethics complaints are handled by the state, how government and communities can work together, and how power shouldn’t come from the top down.

"We need to change how the state executive branch is run,” James said. “Total power and decision-making cannot be solely in the hats of the executive.”

Rumors have been swirling for months that James is considering a run for governor in 2022.

Gov. Kathy Hochul has already announced she will be running, while New York City Public Advocate Jumaane Williams is forming an exploratory committee.

At least one group is reportedly already making calls to labor leaders to feel out support for James as a gubernatorial candidate on her behalf, but James herself has so far dodged the question.

When asked at the end of her speech if she will be running, James again left it open ended.

NEW: NYS Attorney General @TishJames dodges when asked if she will run for Governor:

“I am focusing on my work putting, my head down serving all of you, as the attorney general. And I must leave you now.”

“I am focusing on my work putting my head down serving all of you as the attorney feneral. And I must leave you now,” James said laughing while quickly leaving the stage.