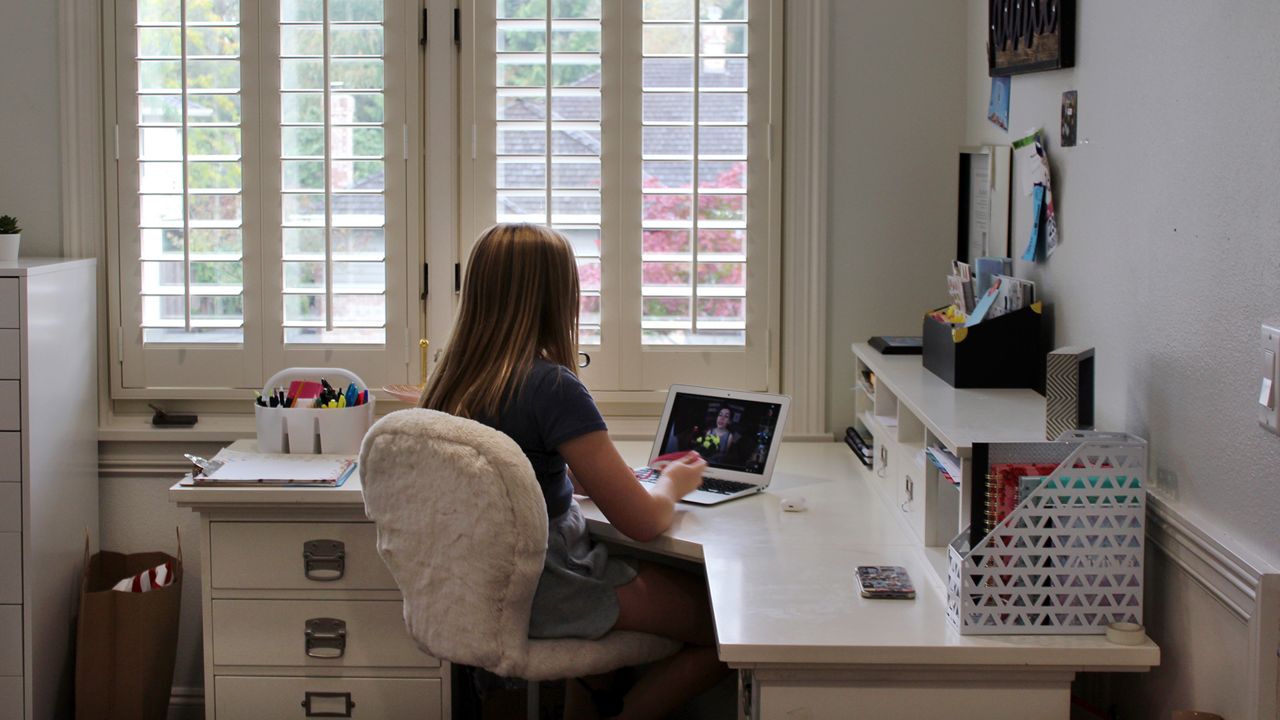 Remote learning could have caused special education students to fall behind

Remote learning last year most likely caused students with disabilities to fall significantly behind in their education, according to a recent State Comptroller report.

Dr. Ellenmorris Tiegerman, founder and CEO of Tiegerman Schools, says these students need specific services and support that are highly challenging to do from home.

“You have complicated situations for most families today,” Tiegerman explained. “It's not so easy to sit down five hours a day next to a child with a special needs and sit in front of a tablet or an iPad. It's very difficult.”

Schools will collaborate with a student’s family, special education teachers and service providers like speech therapists and more to come up with an individualized teaching plan for students with disabilities. These are called an IEP, individualized education program.

The comptroller's report found that 46% of students with disabilities in New York City did not receive or only received part of the services outlined in their individual plans, which could contribute to learning losses.

Senator John Mannion, who was a teacher for 30 years, says if schools do have to switch to remote learning again, districts need to have a plan in place for these students.

“I hope and believe in the school districts that I interact with, that a plan is in place,” Mannion explained. “At least number one, they've acknowledged that this is a population, when we face these challenges and shift to remote learning, that we have to be creative.”

State Comptroller Tom DiNapoli highlighted in his report the need to address the severe learning gaps for students with disabilities moving forward, and wrote that the “achievement gaps that predated the pandemic are likely to widen.”

Tiegerman said that starts with teachers.

However, 4410 and 853 schools, which are special education schools, do not receive equal funding with public schools, ultimately pushing teachers to leave for a higher salary.

Tiegerman says they are preparing to lose between 10 to 15% of their teachers, even though the school year is now beginning.

“We are all scrambling looking for teachers,” Tiegerman emphasized. “This is the beginning of the school year. This is the worst time of the year for us. We don’t have a lot of teachers. There’s a parity issue here. Fix it. It’s been 35 years. Fix the problem.”

A bill that would bring funding parity between these special education programs and public schools passed unanimously in both houses.

The bill is still waiting to be signed by Gov. Kathy Hochul and Mannion says he hopes that will be soon.

In his report, DiNapoli stressed that school districts should prioritize spending state and federal aid or special education services to help address longstanding funding inequities for students with disabilities.

Mannion also co-sponsored a bill that passed the State Legislature that addresses some of the learning loss by allowing students with disabilities to stay in school longer.

Before, students with disabilities had until they were 21 to finish their individualized school plans, but that age has now been raised to 23.