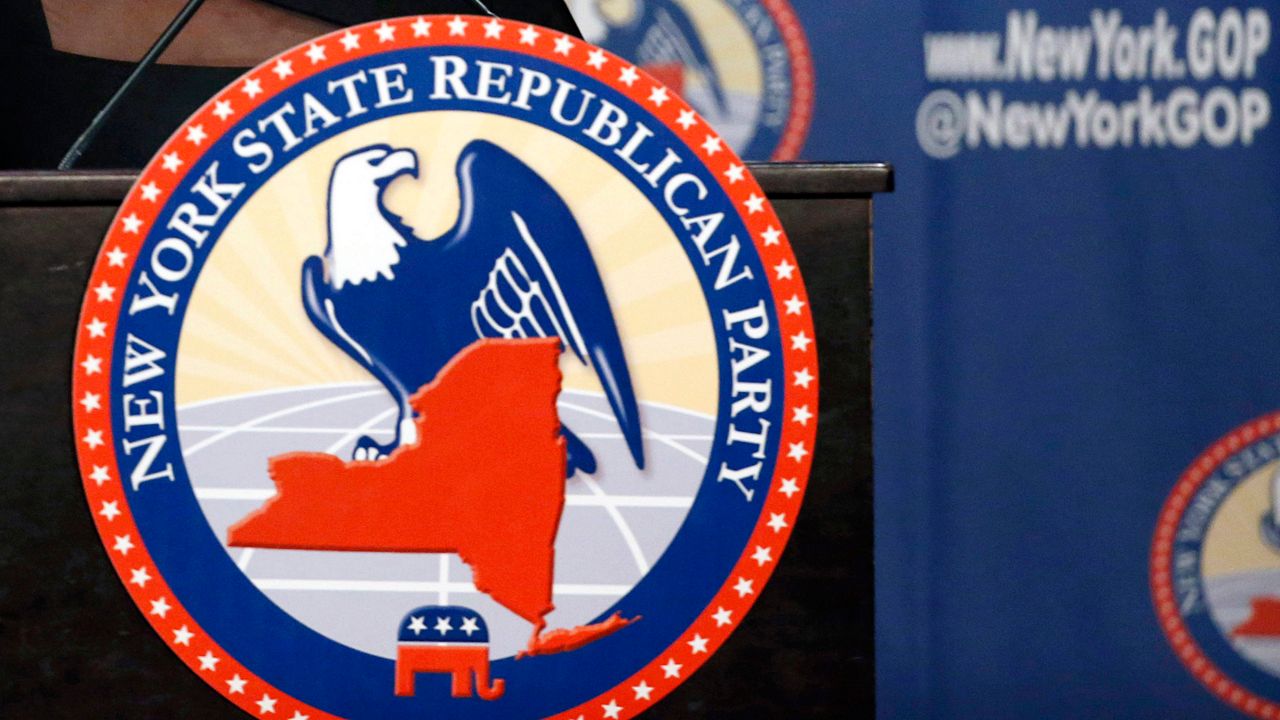 A string of potential gubernatorial candidates paraded through Albany on Monday, all vying for the Republican nomination in the race for governor in 2022.

Nine contenders made their pitch to Republican state and county leaders at a GOP forum.

Despite the packed field, there are only two candidates that have officially announced they are running.

U.S. Rep. Lee Zeldin is already positioned at the forefront of the race and has been touring the state in anticipation of taking on potentially Governor Andrew Cuomo.

“It's an early important start to get out and meet as many New Yorkers as we can over the course of last year and a half,” Rep. Zeldin said. “Hopefully, the Republican Party in New York state will be unified behind the strongest possible candidates for a full statewide slate.”

“Right now we’re running against @NYGovCuomo,” Rep. Zeldin says when asked if he would prefer to run against a different Democratic candidate.

“He should resign... Instead he chose the path of cover up for now.”

Zeldin must have stood out in the GOP forum, which was closed to press, because shortly after, four county Republican Party chairs endorsed the congressman in his bid for governor.

Ontario, Monroe, Suffolk and Nassau County Republican chairs have now all thrown their weight behind Zeldin, saying he is the best suited to take on Governor Cuomo.

“He put out very aggressive fundraising numbers, so I think he set the pace,” Langworthy said. “It is now incumbent on the rest of the would-be candidates to decide if they’re going to meet that pace, exceed that pace or not.”

The other candidate who has already announced he is running is Lewis County Sheriff Mike Carpanelli. Carpanelli was the first to announce his candidacy last summer.

“My first position in life, as a military soldier plus as a police officer in the state of New York, is to be with the people to protect them and give them a sense of security,” Carpanelli said.

NY Sheriff Mike Carpanelli has already officially announced that he is running as a GOP gubernatorial candidate.

“My first position in life, as a military soldier plus as a police officer in NY, is to be with the people, to protect them and give them a sense of security.” pic.twitter.com/SYlUK18xkT

Two former gubernatorial candidates are also again toying with the idea of running for governor next year, saying they already know what it is like to face Cuomo; Dutchess County Executive Marc Molinaro and former Westchester County Executive Rob Astorino.

“I am the only person who has ever been in a gubernatorial debate one-on-one with him,” Molinaro said. “I earned 2.2 million votes and won more counties than anybody since George Pataki. I will tell you that I’m not going to back down.”

“I expressed to them as I would to any New Yorker, that there's real opportunity to provide real solutions to problems, driving down property taxes confronting poverty, making sure education system works.” pic.twitter.com/IrAwBERwDm

“I planted that flag. I said we're going to come back, reclaim it and take it across the finish line. Not just for the Republican Party, but for the people of New York who, at this point are so fed up they're leaving in record numbers and those who haven't left yet, are just counting down the days till they can.”

The last time a Republican won a statewide office was in 2002, when Governor George Pataki secured a third term.

Despite the uphill challenge any Republican candidate will face in 2022, Giuliani said he will stick by his close ties to President Trump if he decides to run for governor.

“I love President Trump,” Giuliani said. “He is a good friend of mine and I will never run away from that. One thing that New Yorkers will learn about me is I'm genuine and I'm not going to say something just to get elected, or just to get votes. I want to help New York and that's the reason why I'm doing this. I will continue to seek President Trump's counsel, both personally and professionally. He's been, I always consider him to be like an uncle to me.”

Giuliani: “We need to make sure that we reduce and eliminate the super majorities that exist in the assembly in the State Senate.”

“President Trump is a close friend of mine and somebody who I rely on for both personal and professional advice.”

Joe Holland, who is the former state housing commissioner, and U.S. Rep. Elise Stefanik, have also expressed interest in running for governor. Stefanik was not able to make it to Albany due to a family emergency.