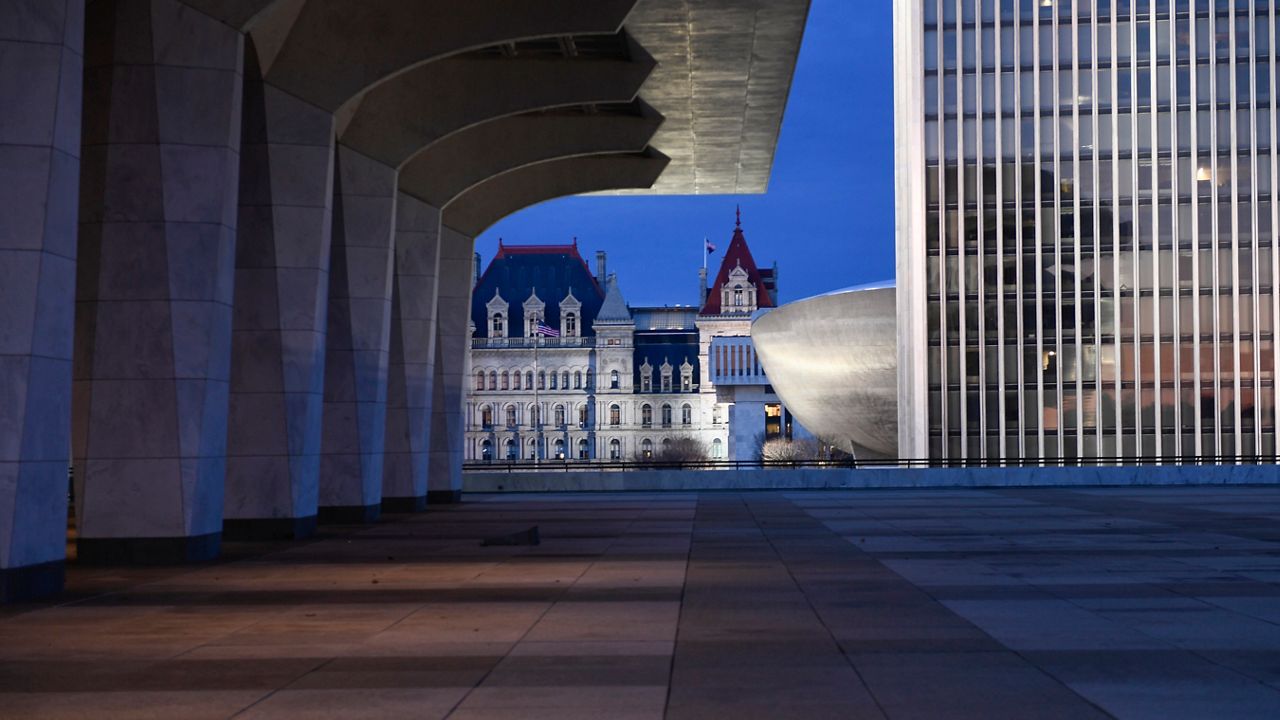 The New York State Assembly announced Wednesday that they have hired an outside law firm to lead the impeachment investigation into the numerous allegations facing Governor Andrew Cuomo.

The law firm, Davis Polk & Wardwell, is already drawing criticism, however, since the firm has ties to state Chief Judge Janet DiFiore, a Cuomo appointee.

“They were vetted externally by us and internally by the firm,” Speaker Heastie said. “And I don’t believe there will be any conflict.”

Heastie says they are still in negations on how much the law firm Davis Polk will cost to lead the impeachment investigation.

DiFiore’s husband, Dennis Glazer, spent more than 30 years as a partner at Davis Polk & Wardwell, the firm leading the investigation.

If an impeachment trial was to head to the Senate, DiFiore would be part of the jury deciding whether to convict Cuomo.

Debra Katz, the lawyer for one of Cuomo’s accusers, Charlotte Bennett, condemned this pick and in a statement wrote in part, “This is an unacceptable conflict of interest. The impeachment investigation must operate free of political influence and must be transparent, detailing for the public the steps being taken to protect the integrity of their impeachment investigation.”

A spokesperson for the New York State Unified Court system denied that DiFiore was involved with this choice and also sent a statement saying, “Davis Polk is a large multinational law firm with hundreds of employees and thousands of clients. The chief judge has neither any connection to the firm nor was involved with its choice by the Assembly Judiciary Committee.”

Yet this is just the latest critique of an investigation that has already been drawing criticism.

On Wednesday, numerous women rights groups hired a plane to fly a banner with the words “Cuomo’s Got To Go” over the State Capitol.

Plane Flying Above the NYS Capitol in Albany with the words:

Democratic members in the Assembly also seemed split on how to proceed with this investigation in a leaked recording of a conference call between members.

This closed door conference meeting was leaked to Yahoo News and revealed that lawmakers deliberated for a while on how to move forward with this impeachment investigation.

Assemblyman John McDonald said this leak was a huge breach of trust and pointed out how there are more than 100 Democratic Assembly members that all use these meetings to ask questions and speak freely.

“They’ve really put us in a very difficult spot,” McDonald said about the member that leaked the video. “Conference was always where people spoke their minds, but it was respected and it was protected. Guess what? That’s not the case anymore. And that is a shame on the few people who have ruined it for the others. They are cowards.”

“There is not a split,” Heastie said that majority of his Democratic members wanted this investigation before an impeachment trial. “There is a difference of opinion.”

Heastie denied that there is a major rift in the Democratic Party, but did confirm that he most likely will be meeting in smaller groups now after this leaked recording.

“If members cannot feel free enough to speak their minds and hearts about how they feel on subjects, I think that is hurting democracy,” Heastie explained. “So those in the conference doing this, I feel that they are undermining democracy.

There is still no timeline on how long this impeachment investigation will take.