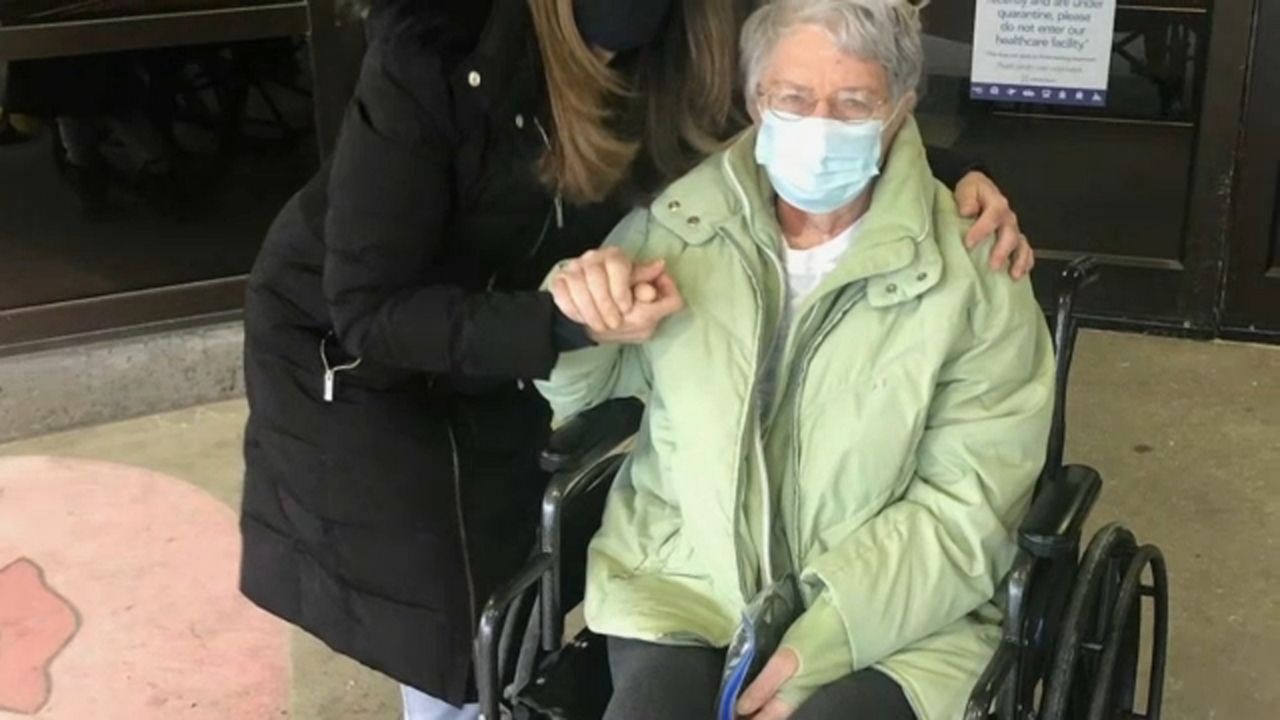 A few weeks ago the scenario seemed very unlikely.

"The moral of this story is you have to be proactive with your health," attorney Ralph Lorigo said.

Late December, Smemthiewicz took an ambulance to the hospital with a severe case of COVID-19 and by January 2 was on a ventilator. Lorigo said the family was told she had a 20 percent chance of survival.

"A son does all this research and the family gets together and the son convinces the ICU doctor to give her ivermectin," he said.

On the experimental treatment, Lorigo said the patient improved enough in 48 hours to move to a regular COVID-19 floor. However, the doctors there would not give her the follow up doses of ivermectin and Smemthiewicz’s condition deteriorated again.

She's sent to the cardiac ward. The family, desperate, asks the attorney for help.

"I tell them the only thing I can do is bring a lawsuit," Lorigo said.

By January 8, the family has obtained a court order from state Supreme Court Judge Henry Nowak who ultimately said if the patient's doctor prescribes the treatment the hospital must administer it. Back on ivermectin, Smemthiewicz started to improve again, leaving Lorigo to question why they had to get the order in to the first place.

"When there are no alternatives and when there's very little downside and when it's demonstrated this kind of effectiveness, people should know about it," Lorigo said.

Ivermectin is an FDA-approved drug used to treat and prevent parasitic diseases. But UBMD Physicians Group Executive Director Dr. Kevin Gibbons said it's not clear yet how effective it is in treating COVID-19.

"I don't know that we have a really true double blind placebo controlled trial," Gibbons said. "The things that we really need to prove something works or doesn't work. This is a drug that has a better safety profile for example than hydroxychloroquine."

Lorigo said people want to try it and he's received calls about this case from all over the country, and even different parts of the world.

In a statement, Kaleida spokesperson Michael Hughes said: “Our board-certified physicians treat patients using evidenced based protocols to ensure the highest quality care to our patients. There are occasions when a treating physician might feel the benefits outweigh the risks of non-FDA approved therapies, such as ivermectin, but that is a decision left between the treating physician and their patient and the respective family.”