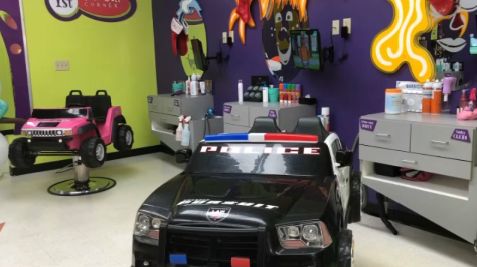 It's been closed since November 20 when most of Erie County became an orange zone.

"We have 22 girls that work for us. About half of them are single mothers. A week before the holidays to let them know that they know longer have a job until further notice was very difficult, especially when we've really had no issues here," owner Todd Danni said.

Friday Governor Andrew Cuomo changed the rules allowing salons and gyms in orange zones to again open back up. Danni, who also has a location in Orchard Park, said he was not surprised newly released state contract tracing data showed hair and personal care accounted for only 0.14% of COVID-19 exposure sources.

Both Shear Madness locations are among 38 salons in Erie County that filed a lawsuit Thursday against the state and the county. HoganWillig Attorneys at Law is representing them.

"Before a government can interfere with somebody's constitutional rights they have to show a compelling state interest and they have to show that there is a factual basis to do what they're doing and they simply can't show that," attorney Steven Cohen said.

The plaintiffs plan to go forward with the lawsuit for several reasons. They have still been forced to shut their doors to this point and if Erie County goes to a red zone could have to do so for the third time.

"On again off again is also terrible," HoganWillig owner Corey Hogan said. "How do you run a business when you don't know tomorrow whether you're going to be open?"

Danni said he's happy to be open but is still dealing with the frustration of losing three weeks of revenue and the uncertainty of the future.