President Donald Trump walks from Marine One to the White House in Washington, Thursday, Oct. 1, 2020, as he returns from Bedminster, N.J. (AP Photo/Carolyn Kaster)

What Will Happen To the Presidency if COVID Incapacitates President Trump?

With just over a month until the Election Day, the news made many people wonder what both the future of the president’s campaign and first term in office will look like.

The president spent months downplaying the threat of the coronavirus, holding massive campaign rallies with little to no social distancing or mask-wearing in the audience. 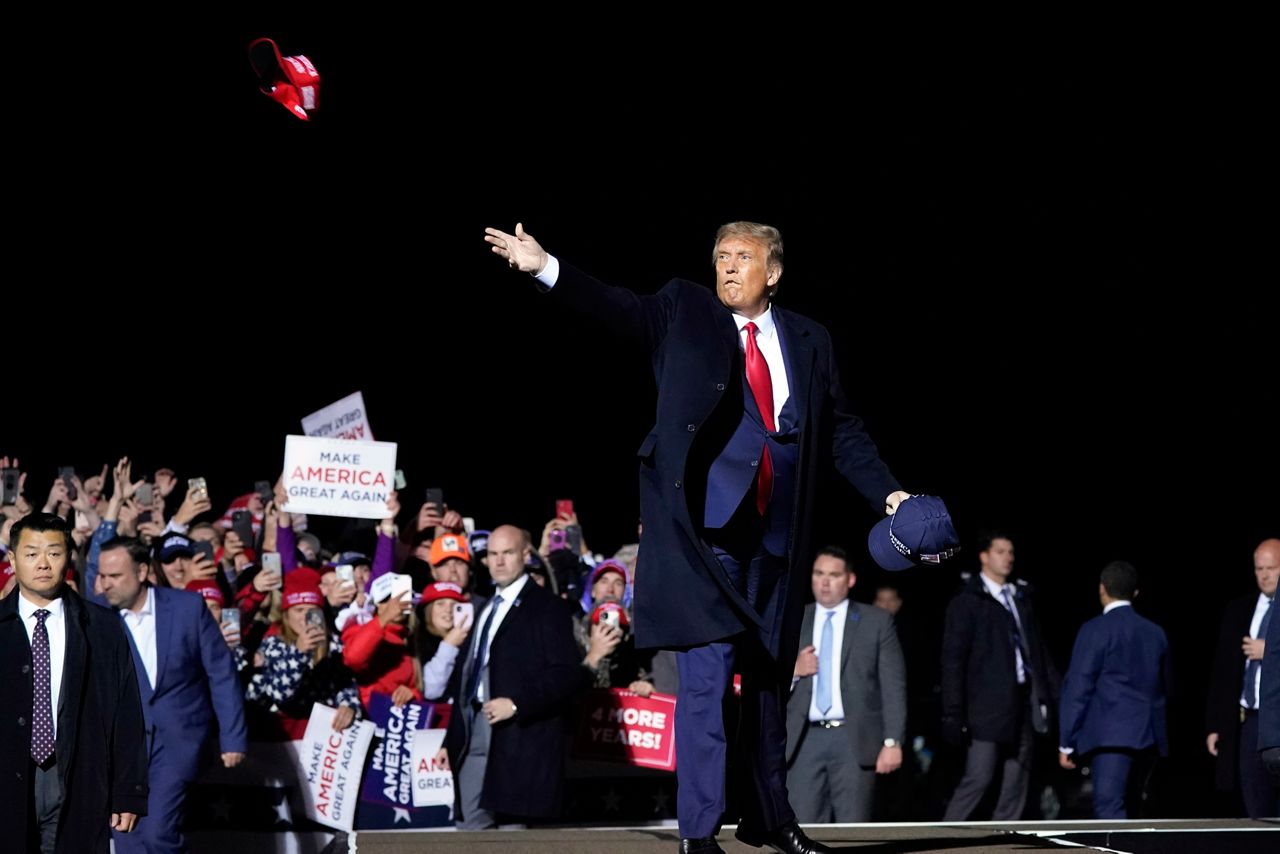 President Trump throws a hat into the audience at a rally in Duluth, Minnesota. (AP Photo)

During the presidential debate on Tuesday, members of Trump’s family were spotted maskless in the crowd. 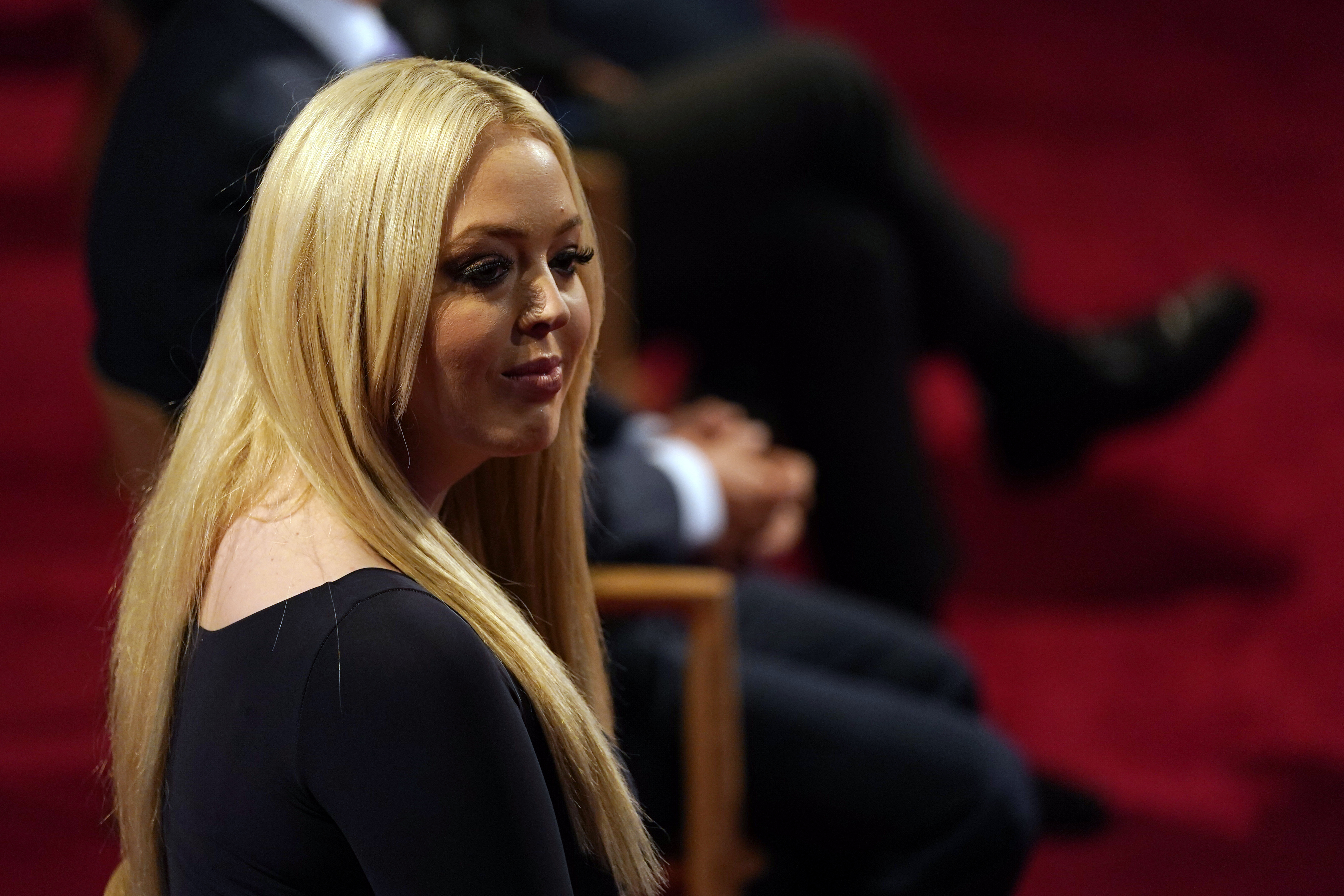 Trump's diagnosis comes on the heels of top aide Hope Hicks testing positive for COVID-19. She traveled extensively with the president this week.

Over 200,000 people have died of the coronavirus in the United States alone — so what happens if the president becomes too sick to continue his time in office?

Donald Trump’s immediate successor, should he become incapacitated from the disease, would be Vice President Mike Pence.

On Friday, a spokesperson for the vice president confirmed that both Pence and his wife, Karen, tested negative for COVID-19.

For now, Trump is seemingly healthy enough to continue as commander-in-chief, but the 25th Amendment to the U.S. Constitution gives the president the right to temporarily transfer power to the vice president should it be deemed necessary.

Lawmakers prepared documents for power to be transferred to the vice president when Reagan was shot in an assassination attempt, but it was never implemented.

But Section 4 of the Amendment, which has never before been invoked, is more of a legal grey area: It gives Congress more power to determine if the president has become mentally incapacitated.

“Whenever the Vice President and a majority of either the principal officers of the executive departments or of such other body as Congress may by law provide, transmit to the President pro tempore of the Senate and the Speaker of the House of Representatives their written declaration that the President is unable to discharge the powers and duties of his office, the Vice President shall immediately assume the powers and duties of the office as Acting President,” the section reads.

The president then has the ability to “transmit to the President pro tempore of the Senate and the Speaker of the House of Representatives his written declaration that no inability exists.”

In order to secure a removal, both the vice president and Congress have to pass a series of legal and time-sensitive benchmarks to prove the president is mentally unfit. Should two-thirds of both the House and the Senate vote to remove him, power would then be passed down to the acting vice president.

The key part of this section is that the vice president would have to agree that the president was mentally unfit for office — which “no vice president in his right mind would do anything that looked like he was trying to unseat and then succeed the president,” according to the Brookings Institute.

Donald Trump’s campaign cancelled a spate of scheduled appearances following the president’s diagnosis, including a Friday visit to Sanford, Florida. He was also expected to hold rallies in Wisconsin and Arizona this coming weekend.

Trump’s diagnosis may also impact the second presidential debate, which is currently still scheduled for Oct. 15.

I’m happy to report that Jill and I have tested negative for COVID. Thank you to everyone for your messages of concern. I hope this serves as a reminder: wear a mask, keep social distance, and wash your hands.

The former vice president had also wished President Trump and the first lady a “speedy recovery” in an earlier tweet.

Biden is heading to Grand Rapids, Michigan, for a campaign event following his negative diagnosis.

Experts are torn on how Trump’s diagnosis will affect the outcome of the election. On the one hand, some say that his often cavalier attitude towards the disease coupled with the news that he contracted COVID could ignite anger in his base.

“Even if you assume the best health outcome for the president and first lady, he’ll still be facing a massive political problem, because his own exposure undermines the primary argument he has been making about COVID-19 for the last several months,” Dan Schnur, a political communications teacher and former aide to many Republican lawmakers, told the Los Angeles Times.

Others think the impact of the president’s diagnosis hinges on how sick he gets. As of Friday, the president was experiencing “mild symptoms,” according to White House chief of staff Mark Meadows.

But the president’s advanced age of 74 coupled with his weight does put him at higher risk of developing more serious symptoms.

Should the president continue to stay relatively healthy and not contract the more serious symptoms associated with the disease, some experts say it could actually further ignite his base.

“I think it will matter how sick he gets,” Rob Stutzman, a former aide to former California governor Arnold Schwarzennegger, told the Los Angeles Times. “Because if he never develops many symptoms, if he comes through this fine, I could see that emboldening his base and himself.”

The first is that “Trump gets moderately or very sick and this does prompt Republicans to think, ‘Oh geez, this actually is serious and if it could happen to Trump it could happen to me,” she said during the sites’ politics chat on Friday. Second, “Trump remains mostly asymptomatic and it bolsters the idea that this is actually not such a big deal.”

Of course, the most dire scenario would be the president dying of the coronavirus with little time left until the election. Hundreds of thousands of early ballots have been sent out via mail, and many people have already submitted their votes  from afar amid the coronavirus pandemic.

“What’s most likely [is] that the election would take place on time with the deceased or incapacitated candidate’s name on the ballot, and then there would be a question if legislatures would allow presidential electors of each state to vote for someone other than the deceased candidate,” UC Irvine law professor and voting expert Rick Hasen wrote in a blog post.

While experts may not be able to come to a consensus on one particular outcome in the wake of the president’s diagnosis, they do agree on one thing: there is absolutely no playbook for what happens next.