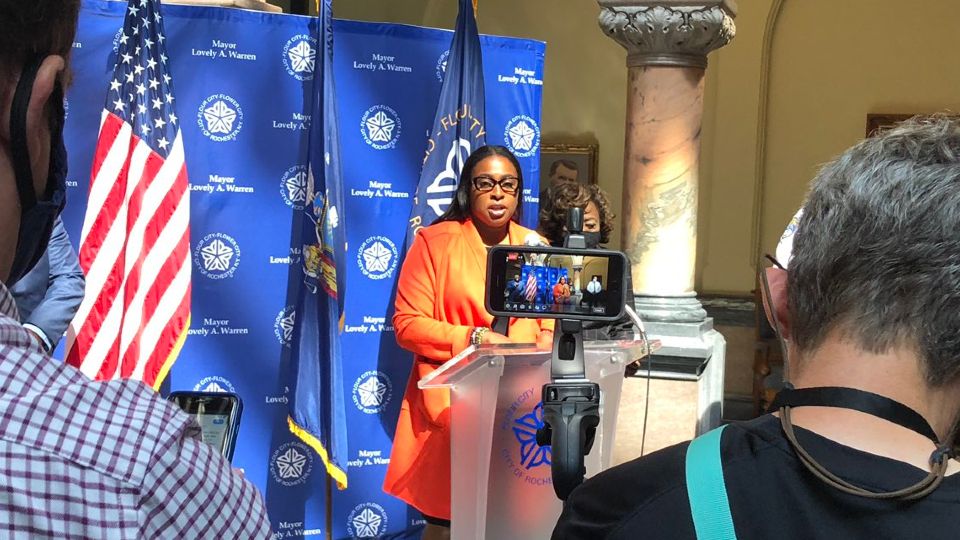 Monroe County prosecutors have issued subpoenas as they attempt to build an election law case against Rochester Mayor Lovely Warren and her associates. WXXI radio host Evan Dawson confirmed on social media he is one of the people who have been subpoenaed.

A separate source says the foundation of the probe was laid out in a report from the state Board of Elections delivered to the district attorney’s office in early March.

The source, who saw part of the document, says it concluded there was considerable evidence Warren and associates took steps to evade campaign finance limits in the run-up to her 2017 re-election.

During that campaign, both of Warren's Democratic primary opponents, James Sheppard and Rachel Barnhart, filed formal complaints alleging coordination between the mayor's political action committee and campaign finance committee, including a direct transfer of $30,000 from the PAC to Warren's committee.

Blair Horner of the New York Public Interest Research Group explains if a PAC coordinates with a candidate, it can skirt contribution limits and that's an issue.

"This is definitely one of those gray areas where, how do you know if somebody's coordinated or not and it comes down to very case specific facts in terms of whether or not an investigator or a DA can prove that coordination occurred. It usually has to come down to emails or correspondence, whatever, some way to sort of say that the candidate and this interest group, whatever it is, a PAC in this case, we're spending money in coordination," Horner said.

Dawson, on Twitter, said his court appearance will simply be to verify audio from a show he did with Warren in July 2017 was not edited. During that show, he said the mayor indicated her staff might have made mistakes, but those mistakes were not malicious or intentional.

There have been no charges or an indictment at this point. Earlier this week, Warren questioned the timing of the report since she plans on announcing her re-election campaign at the beginning of next year.

She called the accusations a witch hunt and said her lawyer would be defending her to the fullest extent of the law.