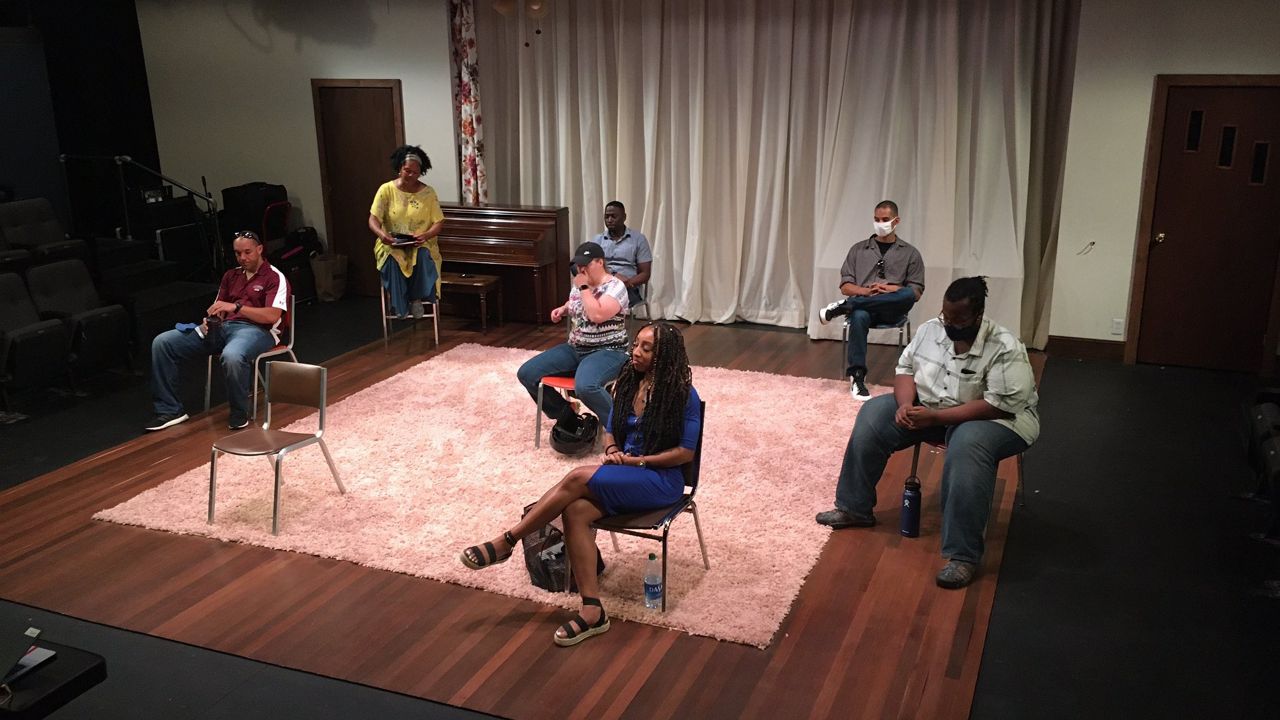 The Performing Arts for Social Change (PASC) facilitated a discussion at Ithaca's Kitchen Theatre Thursday night, where people from different backgrounds gathered with the same focus  — improving their city.

"I had been listening to people talk about this abstract idea of a social contract, and it dawned on me that one of the issues I think we're facing is there's no real clarity on what is it that we actually need from the police," said Cynthia Henderson, a professor of acting at Ithaca College.

Tonight at the Kitchen Theatre in Ithaca is hosting a dialogue about a social contract between community members, Ithaca Police & Ithaca Lawmakers. This is day one of the two-day discussion @SPECNewsCNY pic.twitter.com/UYD2Weq6RO

"There is definitely an erosion of trust between certain communities and what it is that we do," said Ithaca Police Lieutenant Scott Garin. "And I don't know of a better way to heal that than by having dialogue."

Part one of the conversation lasted two hours.

The most prominent theme was building trust between residents and police officers.

"We've got to fix that. We've got to make sure that every segment of the community feels as comfortable with its police department as possible because in an ideal city, the people are the police, the police are the people one is just the extension of the other," said Ithaca Mayor Svante Myrick (D).

The social contract is a rough draft, but officers think it's a good idea to get community members and police on the same page.

"Anytime that you are more familiar with those expectations and the way we expect each other to operate in various roles, the better I think you are," Garin said.

Correction: The previous version did not include that the Performing Arts for Social Change (PASC) was the group behind the event.