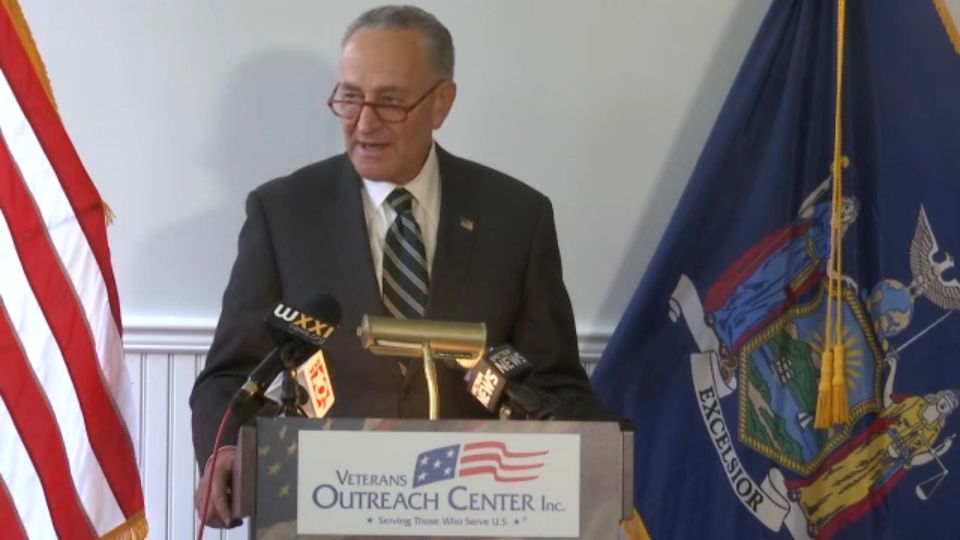 Senator Chuck Schumer is calling on the VA to provide care and compensation for Vietnam veterans dealing with certain medical conditions.

He came to the veterans outreach center in Rochester advocating for the office of budget and management to add additional diseases to the "agent orange presumptive" list.

Agent Orange was as a herbicide used during the Vietnam war that caused many health complications in service members.

The senator wants veterans suffering from bladder cancer, hypothyroidism, hypertension and Parkinson’s to be covered under the “agent orange presumptive" list of medical conditions.

"This is not an issue that we count dollars. We count the lives that are at stake,” Schumer said. “We count the families that supported the veterans. And you can't say, it's costing too much cut it out.”

“I lived a fairly healthy life until three years ago. I came down with prostate and bladder cancer,” said James Myers, a Vietnam veteran. “The VA has allowed me money for the prostate, but for the bladder they have not, so I had to have both of those removed and I’m still waiting."

The senator's office estimates that there are 240,000 Vietnam veterans living in the state of New York.