Members of the DSA, the Democratic Socialists of America, gathered at a church in Brooklyn Heights on Thursday night to screen candidates to run in local state Assembly and Senate races next year.

It's a three-step process, but by next month, the organization, which only began running candidates in 2016, will announce its endorsements.

The DSA is expected to back candidates challenging at least five Brooklyn incumbents: Assembly members Walter Mosley, Joe Lentol, Erik Dilan, and Felix Ortiz, and as well as State Sen. Velmanette Montgomery. The full list was first reported by Politico. 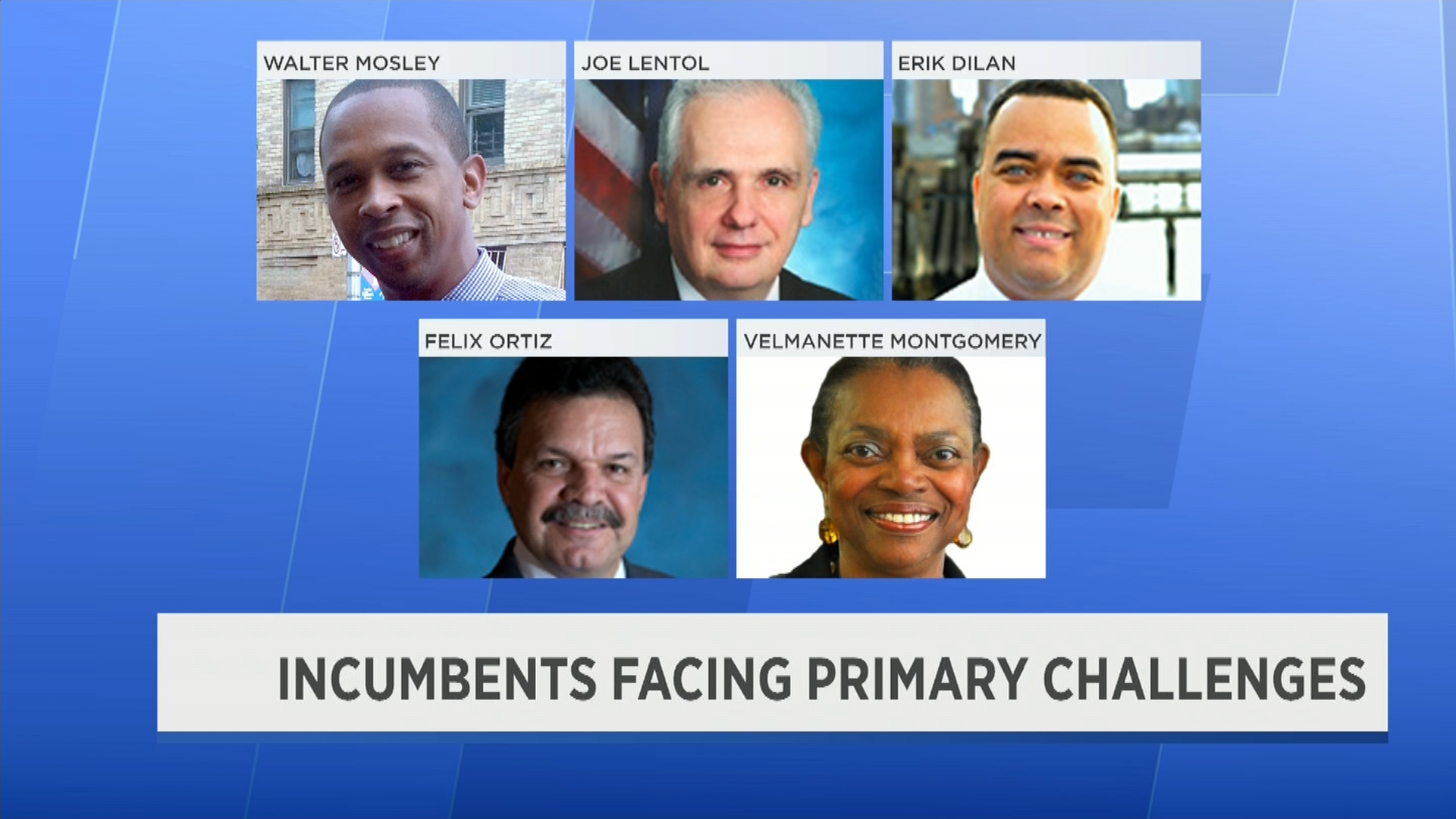 "We've had some early successes, and I think it's really important that accountability is built into any election process," said Bianca Cunningham, a member of the DSA. "And so what we've been able to do is add a different level of accountability for electeds who are already there, the incumbents, and also let them know that they are accountable to their constituencies and that people are paying attention."

The early successes at the state level include Julia Salazar, who defeated incumbent State Sen. Martin Dilan with the DSA's backing. Erik Dilan, currently on the target list, is his son.

"The core argument really is that it's not really representative of the working class. And I think something that's unique for the DSA is we have the opportunity to sort of expand what that definition means," said Peter Harrison, a Democratic candidate for Congress. "And I kind of say, if you only make money when you're awake, you are working class."

But while the candidate screening was open to the public, we were prohibited from photographing it, which raised issues of transparency for an organization that wants to challenge the status-quo.

"Yeah, I think there is still concern with people being — at least our members — kind of being fingered as socialists and being members of the DSA, mostly from an employer's standpoint," said Grace Mausser, a DSA member.

And it's not just Brooklyn — the DSA will likely endorse candidates for state office in all five boroughs.

"The problem is that people are so comfortable," Cunningham said. "We want to make people a little bit uncomfortable."

We reached out to all five incumbents who are being targeted. Dilan, Mosley, and Lentol got back to us, saying a variation of the same thing: they welcome any challenge and stand firmly behind their own progressive record. None of the incumbents are seeking DSA's endorsement.