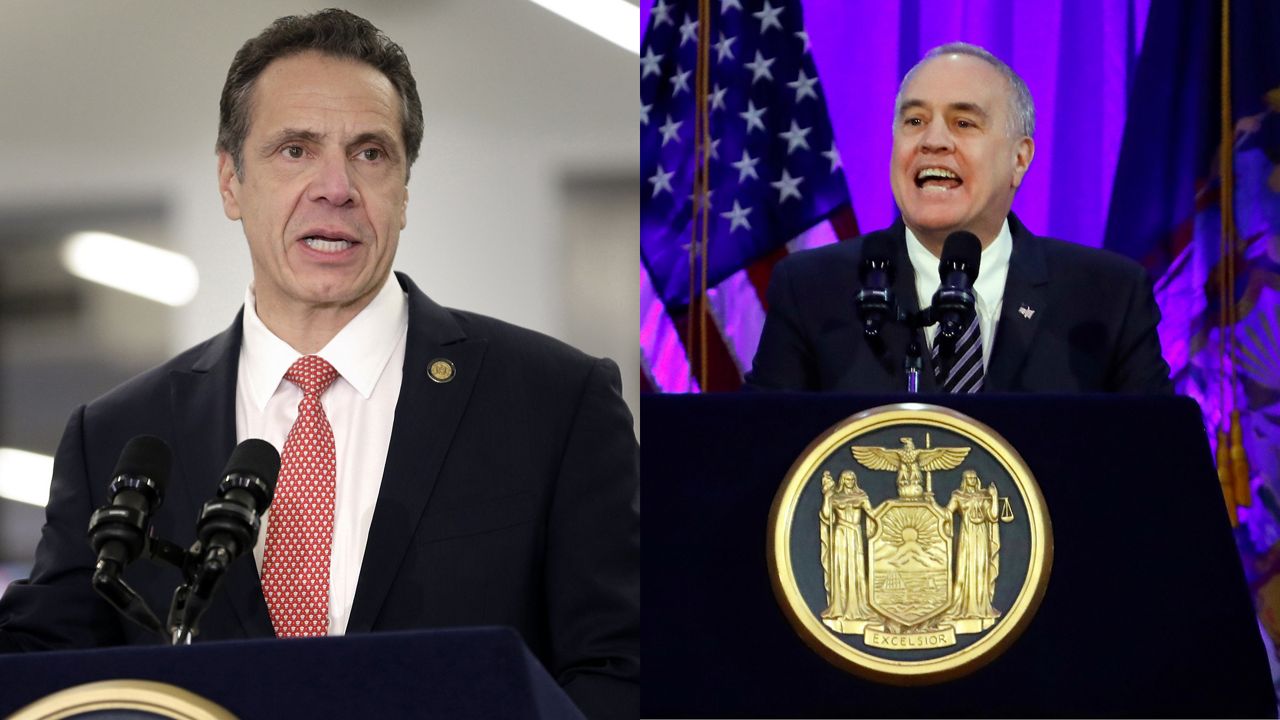 A Bid-Rigging Scandal Rocked Albany, But Cuomo and the Comptroller Have Yet to Deliver Reforms

Over the last two years, several of Gov. Andrew Cuomo's associates have been convicted of bid-rigging and other offenses stemming from work tied to Cuomo's economic development projects.

While the governor was never accused of wrongdoing, he vowed to clean up the way state contracts are awarded in Albany by reinstating some of the state comptroller's powers.

"One of the things that led to the upstate bid-rigging scandal, in which over a billion dollars in state contracts were rigged, was that the comptroller's power to review state contracts was taken away in 2011," said John Kaehny of the group Reinvent Albany.

Cuomo and Comptroller Tom DiNapoli agreed to re-establish what is known as pre-audit authority for the comptroller's office, which could have helped prevent some of the corruption scandals in the first place.

But after several months, that agreement still hasn't been implemented. We asked about it on April 1 and were told tersely by the governor's budget director, Robert Mujica, that it was already being done:

Cuomo: We resolved that months ago.

Fink: Anything as part of the budget for that?

Mujica: No, it's not statutory. But administratively, in practice, we are doing it.

But it turns out, they are not doing it. In a statement, DiNapoli said, "The details of our agreement were included in the budget proposals of the Senate and the Assembly but did not make it into the final budget and was not resolved before the end of session."

Cuomo was asked about it during a radio interview this week. It seemed to catch him off-guard:

Radio host: Oh, come on! You know! It's your deal.

Cuomo: I have no knowledge that there was any issue.

The state legislature and the governor have done very little to pass reforms following the bid-rigging scandal.

"The governor has not moved any anti-corruption measures since the huge upstate bid-rigging scandal that are credible," Kaehny said.

The comptroller went on to say that he looks forward to working out the details with the governor. He'd like to see it passed by the legislature, but they first need to agree on language on how to address it. Cuomo has also said he wants efficiencies in awarding state contracts, which is why he pushed to take away the comptroller's authority in the first place.