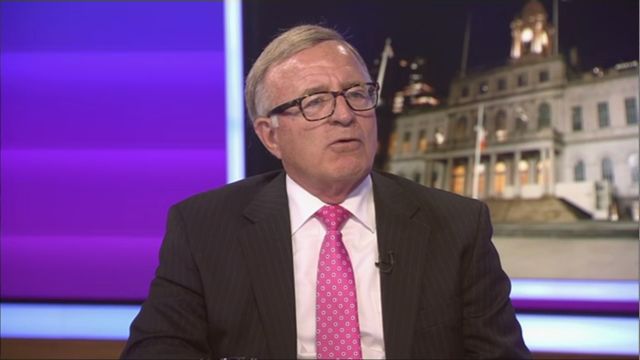 "I've found the only way to bring prompt, fundamental change is only from the top in the governor's office," said DeFrancisco, a Republican.

"After careful consideration, we've determined that there's just too much at stake to sit on the sidelines. New Yorkers need a leader that they can trust, and one that will fight for what is right for their families."

He is vying for the GOP nomination, as are Assembly Leader Brian Kolb and former Erie County Executive Joel Giambra. The senator says he will not push for a primary.

"I think that there is a general feeling that we want to change the state of New York, and whoever the candidate might be, we want to get behind," DeFrancisco said.

He was first elected to the State Senate in 1992, serving 25 years in the 50th Senate District. Even with that experience, his candidacy is considered a long shot by many.

Current Governor Andrew Cuomo has high approval ratings and more than $30 million on hand, but DeFrancisco says now is the time for this traditionally blue state to turn.

"Everybody in politics knows that once in a blue moon, we can bring about fundamental change. Well folks, tonight there is actually a blue moon," said DeFrancisco.

Should DeFrancisco win the party's nomination, he will not be able to seek State Senate re-election, opening his seat for the second time in 52 years. He will not say if he will seek re-election should he lose the nomination.

"I'll decide that if and when that situation occurs, because I really believe I'm going to get this nomination," DeFrancisco said.