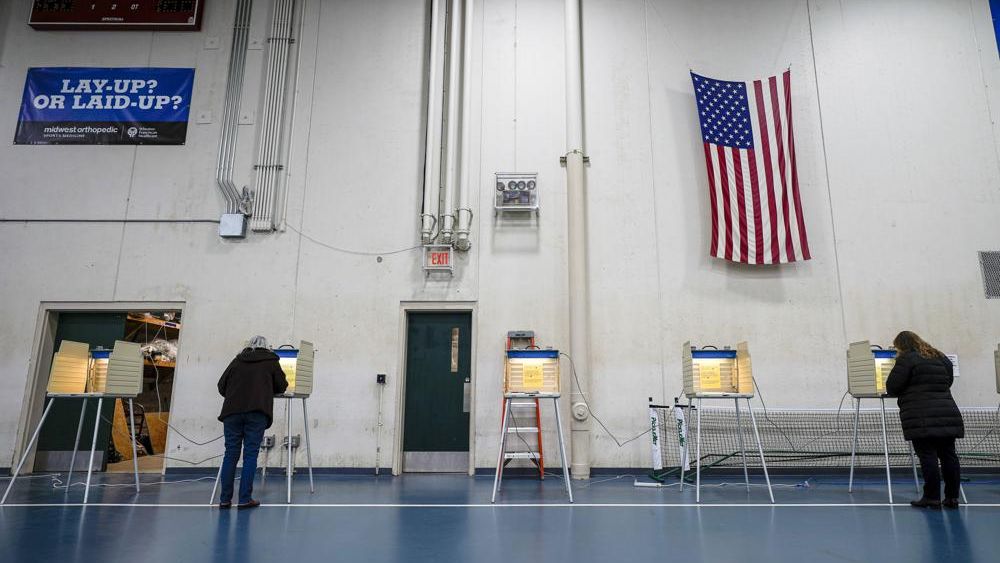 For Republicans, it's been a refrain heard since 2002: None of their candidates have won statewide elected office since George Pataki's third term victory. Party enrollment has struggled to keep pace with Democrats and recently they were outnumbered by voters who are not enrolled in any party at all.

Rep. Lee Zeldin has faced an uphill challenge to become the first Republican to break the 20-year losing streak for the party as the state has only gotten a darker shade of blue.

Think of it like being a trick shot in basketball. It's hard, but not impossible.

"It’s a really tough shot and he needs everything to go right," said Jack O'Donnell, a political observer based in Western New York.

New data from the state Board of Elections released Tuesday show Democrats have only extended their enrollment advantage over Republicans since 2018, when the last gubernatorial race was held.

Democrats now have more than 6 million active registered voters, with Republicans at just under 2.7 million people enrolled in their party.

The GOP grew modestly, but continue to be outpaced in the last four years.

Democratic enrollment has increased by 4%, Republicans grew by just over 2%. The ranks of voters not enrolled in a party swelled by nearly 13% after the Green, Libertarian and Independence parties lost their ballot status.

Zeldin will need crossover support if he wants to win in an otherwise highly polarized political environment.

"Zeldin really needs to get every Republican, he needs to get a whole bunch of independents and he needs to convince a number of Democrats to vote for him to have a real chance in this race," O'Donnell said.

For Gov. Kathy Hochul’s party, the challenge has been to motivate Democratic voters to actually show up. Early voting began on Saturday in New York. Election Day is Nov. 8.

As Zeldin has focused on crime, Hocul has pointed to her support for abortion rights and cast herself as a bulwark against rolling back the existing laws in New York.

"I think we see the campaign trying to activate those groups because without the Democrats turning out, it doesn’t matter how many turning out," O'Donnell said.

But Conservative Party Chairman Gerry Kassar said he expects Zeldin will be able to peel off some of those Democratic voters from Hochul.

"I think that crime and inflation and just the general view of the management of the state has caused a lot of people to say there’s time for a chance," he said.

Zeldin has sought to strengthen his hand with Jewish voters as well as Hispanic and Latino residents in New York. Broadly, considered to be Democratic voters, Republicans hope to make in-roads this election cycle.

"I’m also thinking he needs to spend a lot of time in upstate communities which are Republican voter rich, but you need to make an effort to turn votes out," Kassar said.