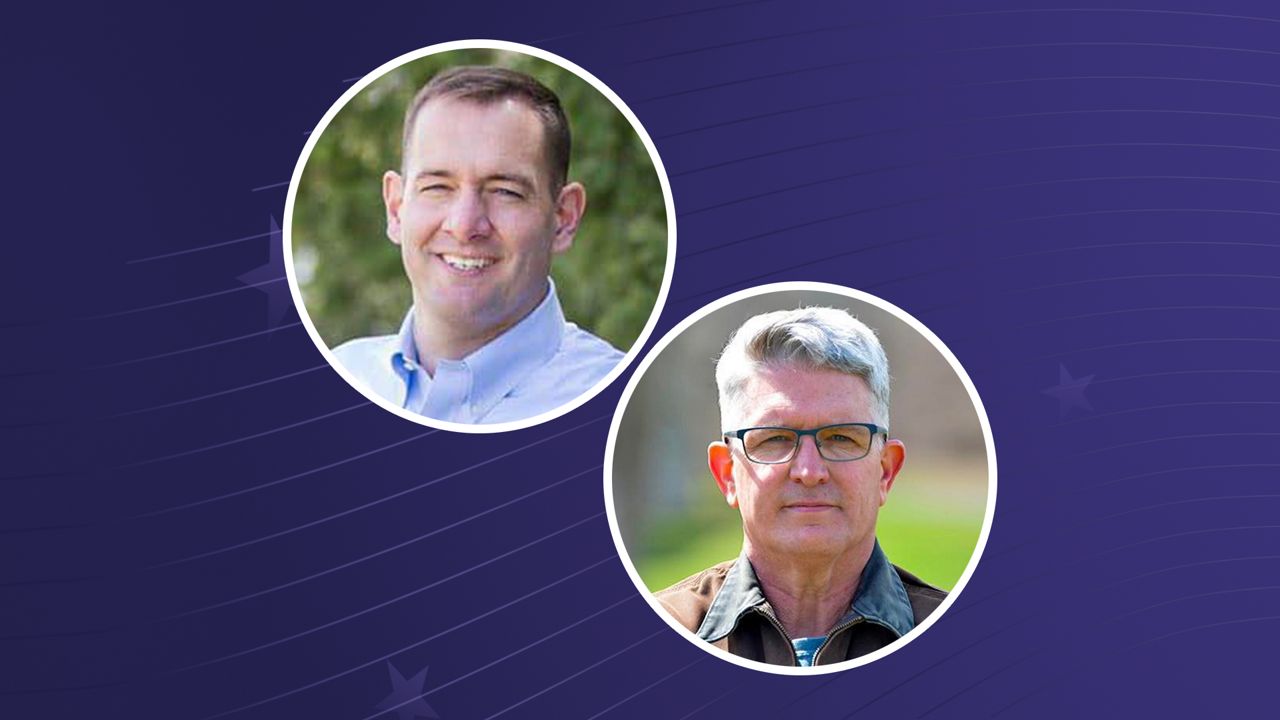 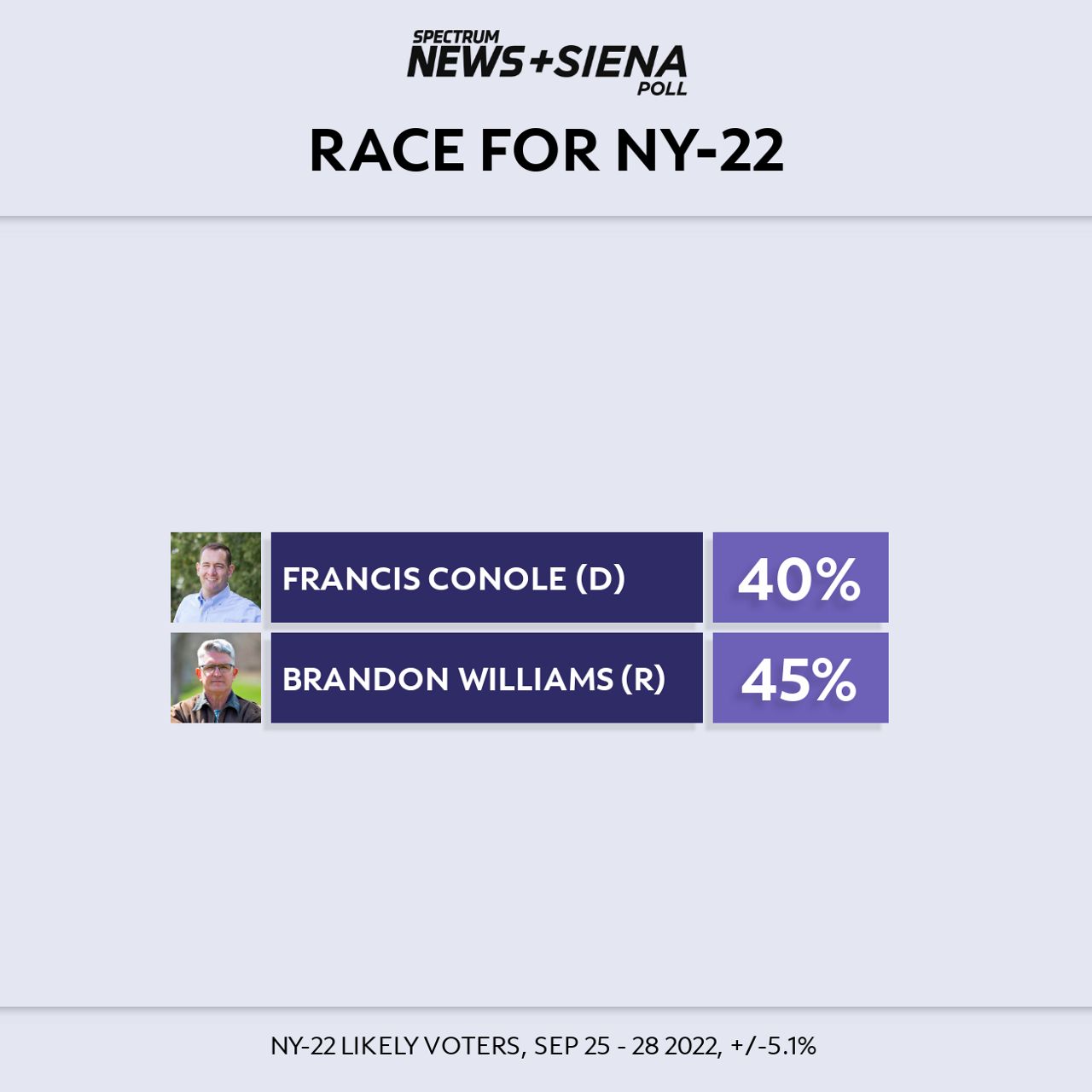 The district in Central New York, comprising Madison, Oneida, Onondaga and part of Oswego counties, is part of a region that has long been a battleground area for both parties in Congress and could be a key seat as they vie for control of the House of Representatives this election season.

"It's really hard to break through, but that's what campaigns are trying to do is reach voters: On TV, on their phones, at their front door," Siena College pollster Steve Greenberg said.

The race could come down to independent voters, who hold concerns over the economy as well as the direction of the country. For now, they are siding with the Republican.

Williams handily leads Conole with independent voters, 51% to 28%, the poll found. At the same time, a majority of voters in the district by a wide 63% to 25% margin, believe in the United States is on the wrong track. 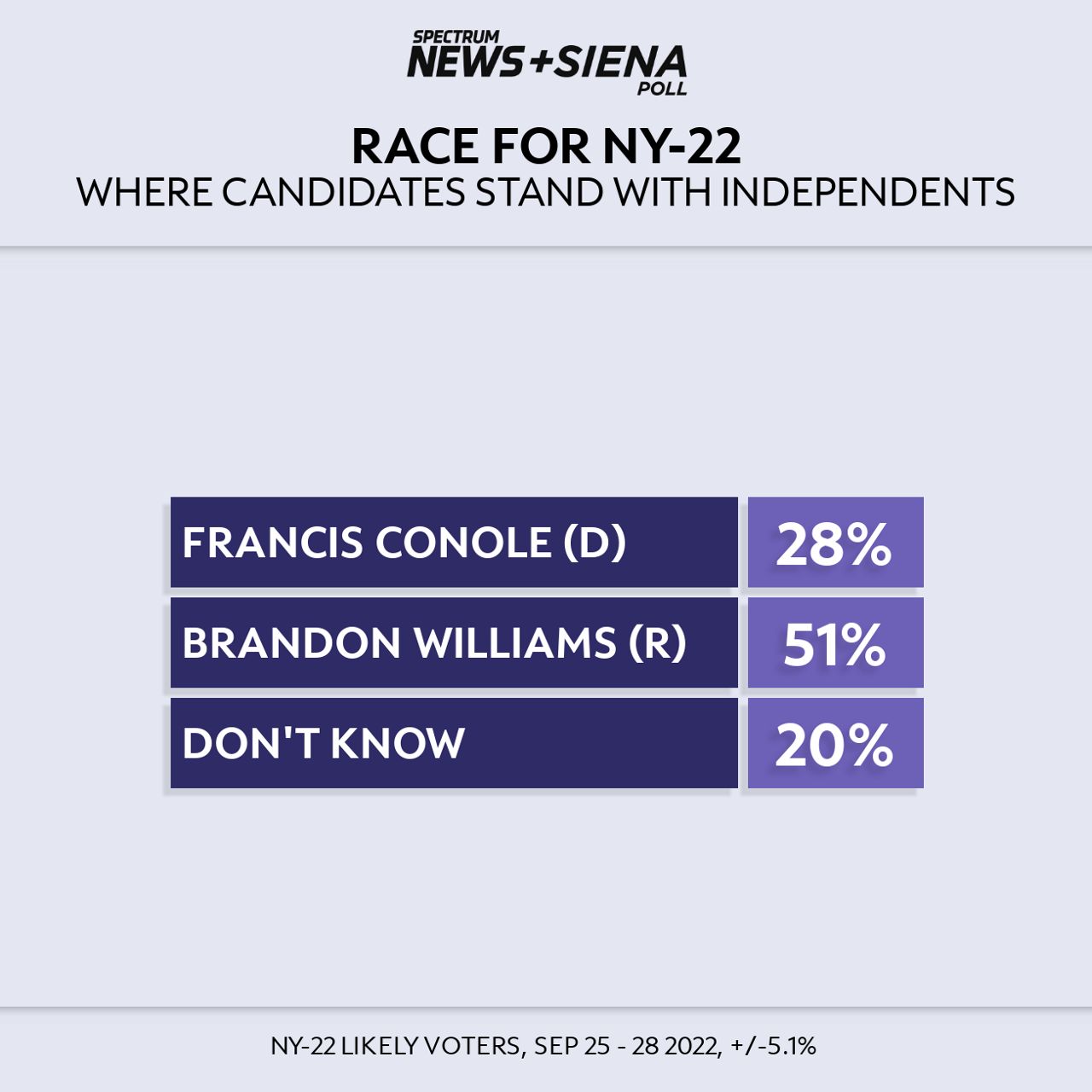 The economy and inflation were picked by 63% of voters as either the top or second-most pressing issue for them, followed by threats to democracy, abortion and crime. 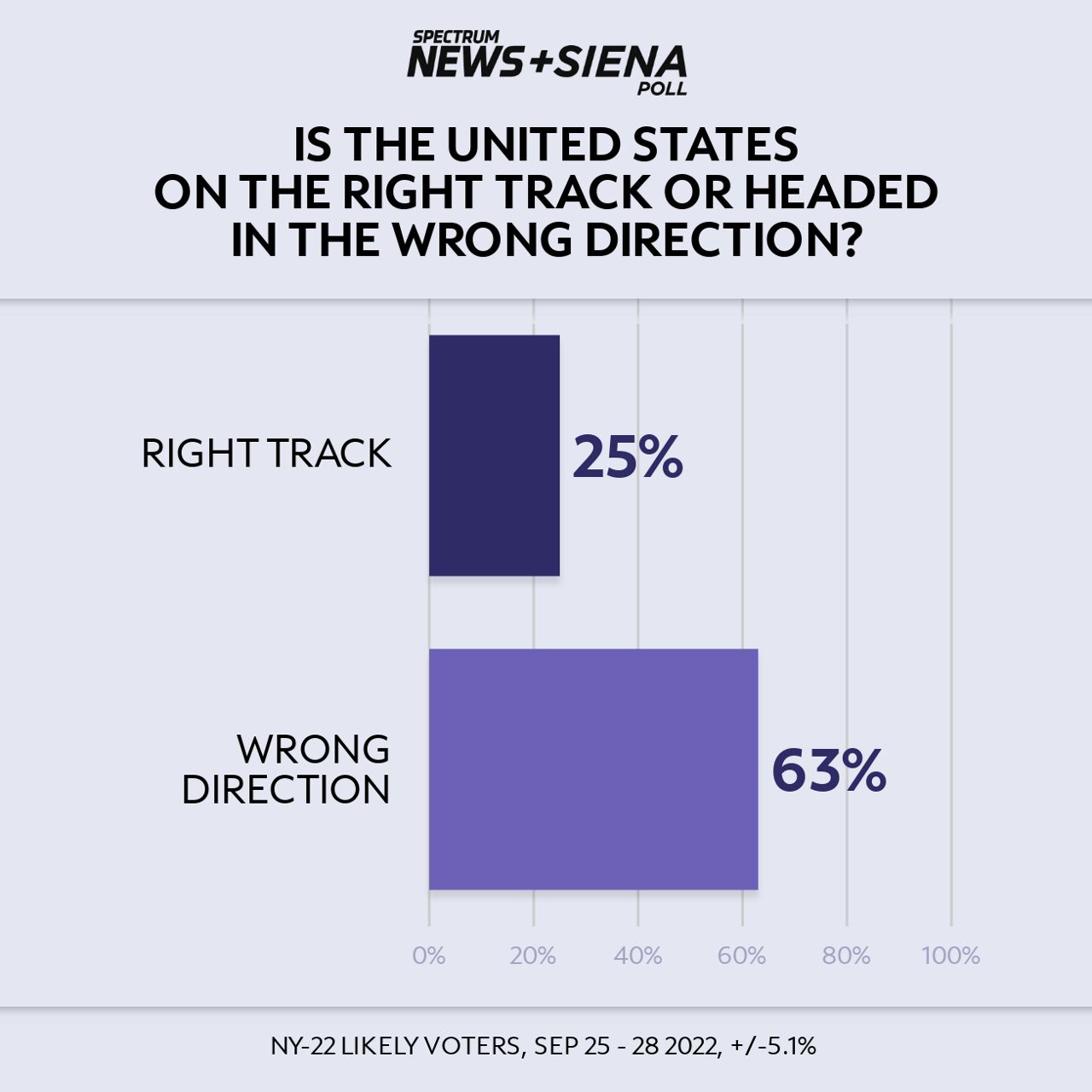 "Pocketbook issues tend to jump to the top when voters are concerned how they're going to make a rent payment, the gas price, the grocery price, the energy price," Greenberg said.

Katko was among the Republican lawmakers to back the impeachment of former President Donald Trump in the wake of the Jan. 6 attack on the U.S. Capitol.

“Voters in CNY are ready for a fresh perspective and are tired of politics as usual. Our citizens are hurting from the failed, radical policies of the Biden-Conole ideology," Williams' campaign said in a statement. "My message of creating jobs, lowering energy and food costs, and reducing crime in CNY resonates with voters, and I am proud to earn their support. I’ll continue working hard in this election to be a strong, independent voice in Congress for Central New York’s hard-working families.”

The Conole campaign declined to comment on the poll. 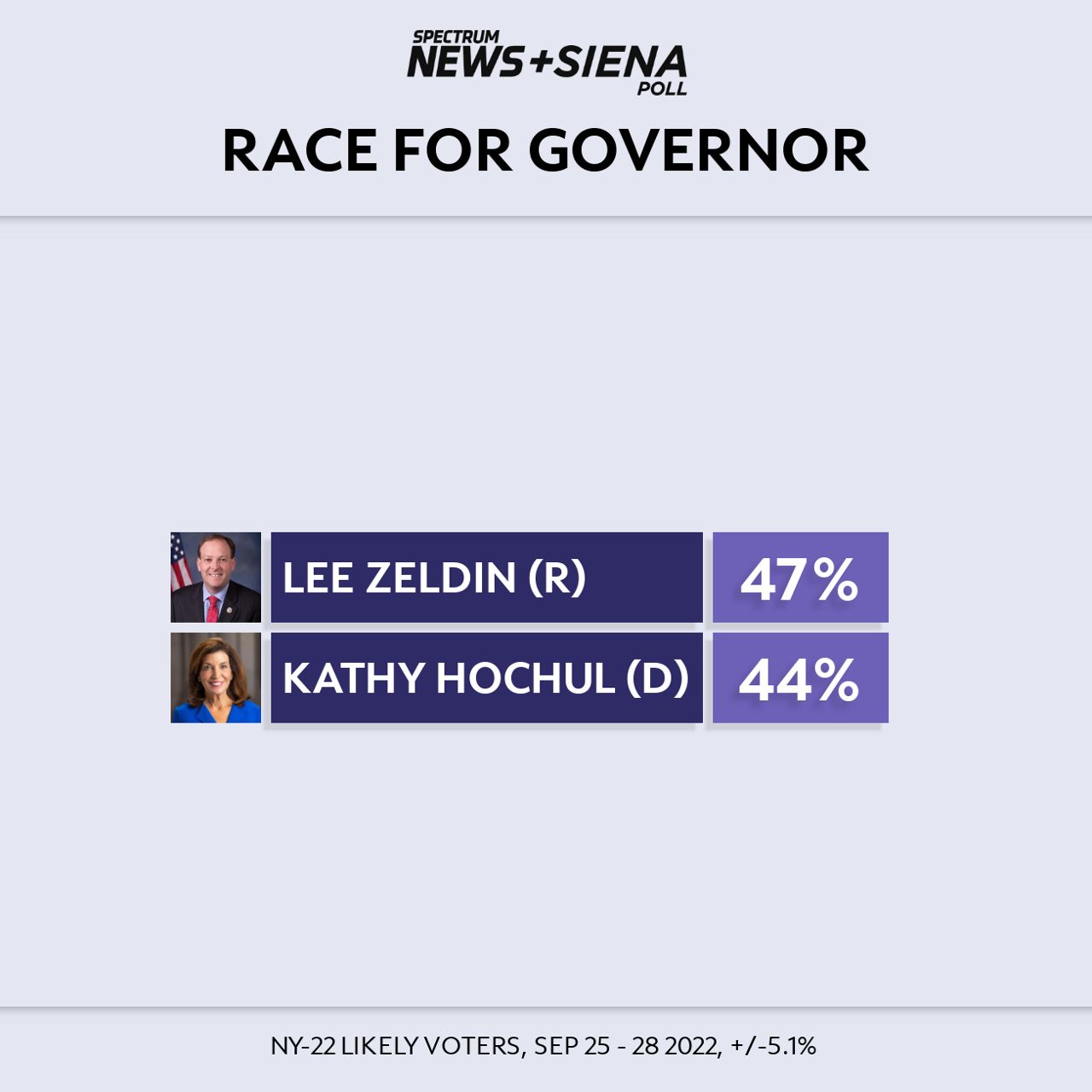