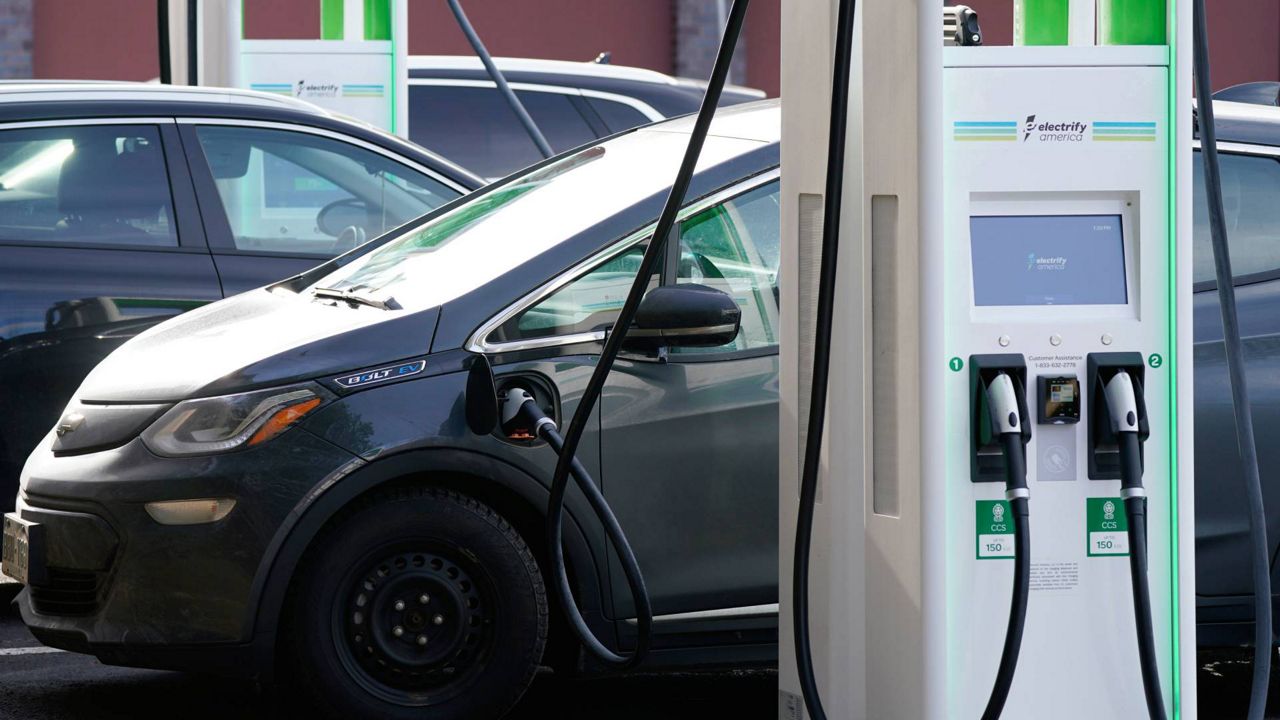 This week, Gov. Kathy Hochul moved to enact a law meant to phase out gas-powered vehicle sales by 2035. Supporters hope the regulations announced by the governor will hasten the transition as New York seeks to curtail the effects of climate change and greenhouse gas emissions.

"Getting it done before the end of the year means we can hit the ground running for the first model year, which is 2026," said Conor Bambrick, the director of climate policy at Environmental Advocates NY.

New York over the coming decades plans to phase out carbon-based fuels, a primary source of climate change. Homes, businesses, cars, even lawn equipment will be powered by clean energy. It's a complex and potentially costly transition.

"You got to look at the cost you're already paying right now," Bambrick said. "With gas-powered vehicles, there are costs with maintenance, there's fuel costs associated with those and also there's just the overall health costs with allowing these vehicles to pollute our air."

The change over alone for electric vehicles will require a massive expansion of charging stations. More broadly, New York will have to change to an energy grid that is zero emissions.

"The state's climate law requires our electric grid to be zero emissions by 2040, so we have to make sure we're working aggressively to meet those goals," Bambrick said.

Gavin Donohue, of the Independent Power Producers of New York, however, is concerned the state is not being upfront with the costs.

"The state of New York has not provided a cost study for what you as residents will pay for your electricity," he said.

A more cautious approach is needed as New York puts together a plan to enact the change.

"What we have here not a transition to it, we're just flipping to it," Donohue said. "And the talking points seem to suit that policy objective. It doesn't make sense, it's not good for New York."