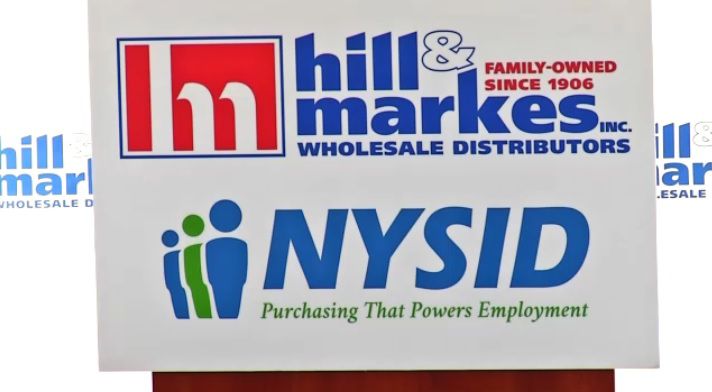 How employment for people with developmental disabilities can be boosted

New York State Industries for the Disabled President and CEO Maureen O'Brien has been on a mission to help expand the employment opportunities for New Yorkers with disabilities.

"The more that private businesses as well as state government know the benefit of employing people with disabilities, the better this will be," O'Brien said.

People with developmental and intellectual disabilities face a hard time finding a job. But now a new development will help expand the workforce and help government agencies with purchasing needed supplies.

This week, O'Brien's organization announced an expanded partnership with the Mohawk Valley-based supply distributor Hill & Markes to provide cleaning and janitorial supplies for government agenices and other entities. The move is expected to expand the jobs available for people with disabilities as the company seeks to grow its workforce from the community.

"It's now one stop shopping for all of the janitorial and cleaning supplies that a school district, a local government or a state agency may need," she said.

The agreement makes Hill & Markes part of the preferred source program for government agencies. Company CEO Jason Packer said his firm has sought to hire more people with developmental disabilities as well as veterans and people of color.

Packer said he hopes to be an example for the private sector as the workforce of people with disabilities is a hard-working one.

"They work hard and they care about what they do," he said.

The move is also beneficial for local governments in New York for obtaining needed supplies. At the same time, New York State Association of Counties Executive Director Steve Acquario said there is a clear societal benefit.

"This is typically a population with a high level of unemployment," Acquario said. "Any chance that we can use workers with disabilities for these types of services, we are helping put individuals back and be more productive in society."