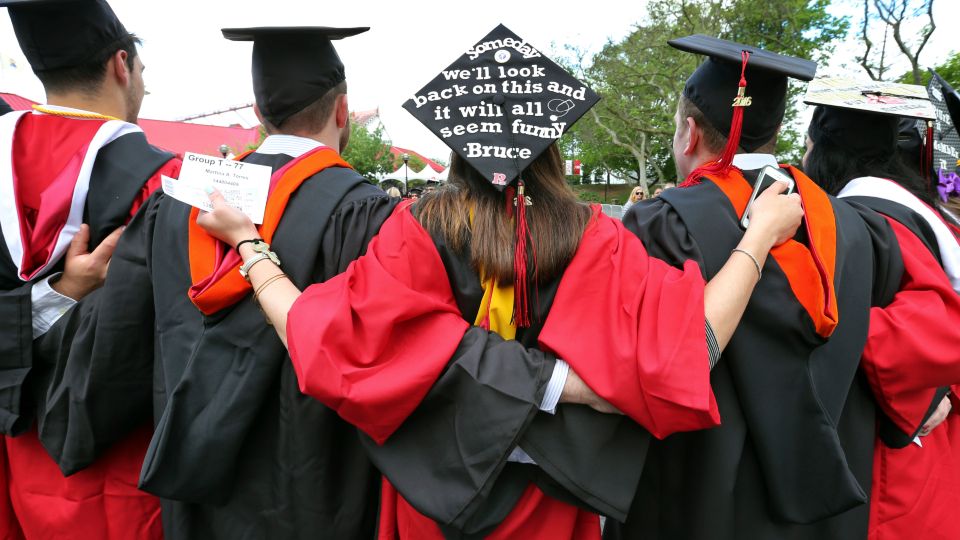 But the poll also showed generational and political faultlines among New Yorkers, sharply dividing Democrats, Republicans and independents. Older New Yorkers were less likely to support the debt relief plan, while it remained most popular with people younger than age 50.

Support was most popular among Black residents of New York, 77% of whom support the plan.

Democrats backed the move by a whopping 82%.

But the plan was also less popular among Republicans and independents. GOP voters rejected the idea, with 61% saying it went too far. Independents are divided: 38% support the move, and a plurality of 46% oppose it.

That includes Republicans like Rep. Lee Zeldin, the party's nominee for governor, who questioned the cost and whether it was fair for people who did not attend college or have paid off their education in other ways.

"There's a fairness issue here," Zeldin said. "There's a consistancy issue in government that goes beyond the conversation of well how are we going to pay for it?"

The plan was also less popular among New Yorkers who are age 65 and older, with 49% opposing it; 44% supporting it.

The student debt forgiveness plan has been cheered by Democratic lawmakers and advocates for lowering the debt load on college graduates. But Republicans and some economists have criticized it, worrying it will make the nation's inflation troubles all the worse.

"It's a contentious issue. You start with just the top line, 56% of New Yorkers say they support President Biden's debt relief plan, you can say case closed," said Don Levy, the Siena College Research Institute's director. "But not so fast."

A majority of New York residents, 57%, agreed with the statement the debt relief plan is good for the economy and helps graduates achieve the American dream. The poll also found 38% expect it would hasten the rise in inflation in the United States.

"One out of every four New Yorkers under the age of 50 continue to have some sort of student debt," Levy said. "So it's still a very, very widespread and dramatic issue."

The poll of 803 New York residents was conducted from Aug. 28 to Sept. 1. It has a margin of error of 3.8 percentage points.