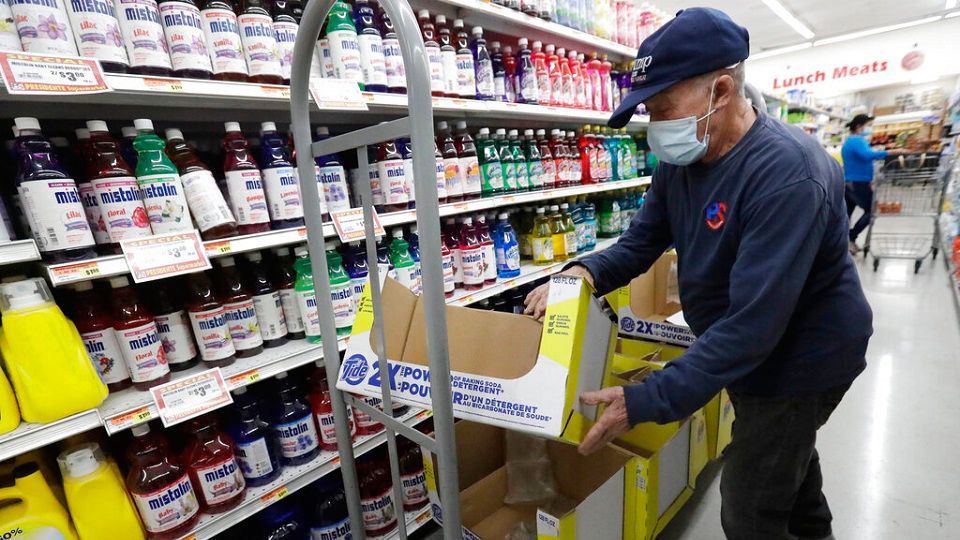 Siena College this month released its quaterly consumer sentiment index for New York. The results were not good.

New Yorkers, battered by high gas prices at the pump and increased food costs at the supermarket, are increasingly glum about the economy. The consumer sentiment index is at its lowest ebb in 11 years, and is at an all-time low among upstate New York residents.

Inflation has continued to make life difficult for consumers across the country and New York. Elected officials are trying to tout plans meant to fight it.

Gov. Kathy Hochul this week acknowledged the toll of sky-high consumer prices and the cost of living it's taking on New York families.

"There's an affordability crisis," she said. "It is just too expensive for many families and it just puts it out of reach."

Hochul pointed to the $70 million being spent to open child care slots so people could return to work, and signed into law a measure suspending sales taxes for diaper purchases.

"These are ways that we're just thinking of what it's like to be a parent today," she said. "And any way we can lift that financial burden on you, it's a good thing to be doing."

The COVID-19 pandemic, the subsequent closure of public gathering places, schools and businesses, has distored the economy for the state. New York has been flush with cash thanks to federal aid and increasing taxes on rich people. A potential recession, however, could dry up tax revenue.

Hochul previously backed plans to suspend 17 cents in gas taxes, which took effect in June and runs through the end of the year.

But Republican lawmakers in the state Legislature are calling for even more to be done. State Sen. Sue Serino is backing a two-year suspension of sales taxes on a variety of consumer goods, from gasoline to personal care products and even prepared food.

"It would just be a smart idea for us to do to give these families a little relief and seniors who live on a fixed income," Serino said. "They're counting every penny right now."

The proposals come as New Yorkers grow increasingly sour about the economy. A Siena College survey of consumer sentiment found it at its lowest point since 2011 as the price of gas and groceries remain high.

"People are really living paycheck to paycheck," Serino said. "So when a recession hits, they're really not ready for it."

Serino also points to the increased strain being placed on food banks in New York as consumers struggle to make ends meet.

"This is happening now in July," she said. "What's going to happen in the months down the road?"