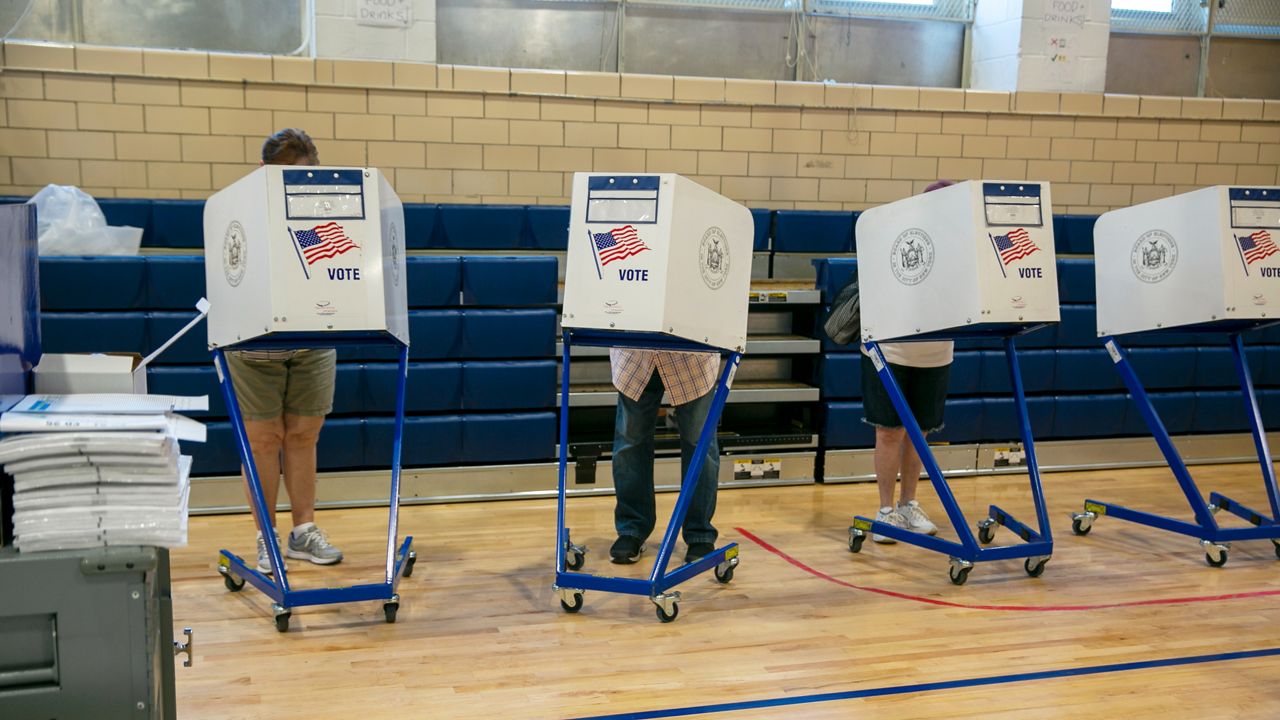 Will overturning Roe send voters to the polls in New York?

This week, New York Democrats launched a campaign meant to organize voters around the issue of preserving access to abortion as part of a broader effort to win in an otherwise challenging election year.

Democratic officials expect the U.S. Supreme Court decision overturning Roe v. Wade, as well as the steps taken in Republican-controlled states to limit or ban abortion access, will give them a boost with their base this year. But abortion opponents in New York — while decrying measures in recent years expanding abortion laws — believe the issue is in effect a red herring given the more immediate concerns over public safety and crime.

Whether voters in New York will be motivated by abortion access or crime, as polls have suggested prior to the court ruling in June, remains to be seen.

State Assemblywoman Latrice Walker, a Brooklyn Democrat who has been part of the state Democrats' efforts this week on the abortion rights campaign, believes it will be an especially motivating issue for women in particular.

"Women are the tried and trued voter and we are watching our rights be under attack — from our reproductive rights to our voting rights," she said in a Capital Tonight interview on Friday. "We want to make sure the next gubernatorial election doesn't take our state backwards."

Democratic state lawmakers, anticipating the Supreme Court ruling, approved a package of measures meant to bolster legal protections for out-of-state women who seek abortion services in New York, as well as for providers of abortion services. Gov. Kathy Hochul, who is seeking a full term this year, is also sending millions of dollars to aid providers and help them strengthen security or expand their operations to handle an expected influx.

Lawmakers also set in motion the process for amending the state constitution to enshrine equality and abortion rights.

Conservative Party Chairman Jerry Kassar disagrees, pointing to public safety as the pre-eminent issue for voters, and one he does not see changing between now and Election Day this fall.

"We're hoping for the biggest turnout imaginable, because we believe the priorities in this state are not what the Democratic Party political leadership would like the public to accept," Kassar said.

Still, Kassar believes New York has become "extreme" on the issue of abortion, which could turn off some voters.

Republican nominee for governor Lee Zeldin has pledged to appoint a state health commissioner who opposes abortion rights, but has said it would not be a litmus test for a nominee.

While opposed to abortion, Zeldin has largely centered his campaign around the rise in violent crime in New York.

"One of the things the Conservative Party has had from day one with Lee Zeldin is he's willing to speak up and address any issue," Kassar said.