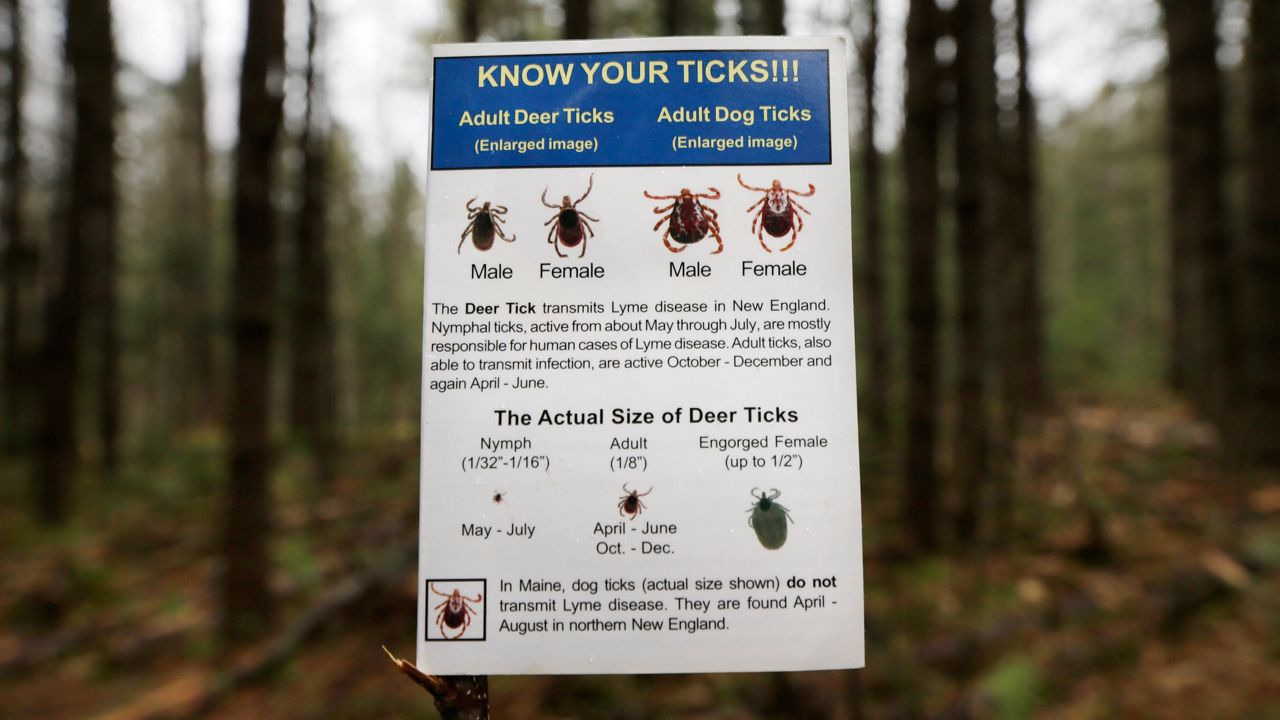 A few years ago, 12-year-old Delaney Dixon had a bad case of Lyme disase after being bitten by a tick. She was sick for months and the effects still lasted for years.

"I didn't want any other person to go through the troubles of Lyme disease ever again," she said.

That's why the 6th grader from Windsor in Broome County invented what she calls the Tick Stick. The device is meant to help people find ticks using an HD camera that can pair with a smartphone. When a tick is found, the wand can be used to remove it. Her dad used it to get a tick off him, and the invention is patent pending.

"I've been into engineering my entire, I've done little projects, like, I won a competition for building a catapult out of popsicle sticks and that's about it," she said.

As Lyme disease and other tick-borne illnesses are on the rise in New York, state lawmakers are calling for action — including more funding for better tests. New York state, especially parts of upstate New York, are considered to have a "high instance" of Lyme disease and related illnesses.

The CDC reported 3,487 confirmed or likely cases of Lyme disease in New York in counties outside of New York City in 2019. Increasingly hotter temperatures is also believed to be playing a factor in the higher prevalence of Lyme.

"We need to invest so these different places — like Syracuse, Binghamton, Long Island — all of these places doing research have the funding that can actually help us find an adequate test for tick and Lyme disease," said state Sen. Sue Serino.

"It is a health crisis," Serino said. "I can't begin to tell you how many people suffer in silence because they're not getting diagnosed."

As for the Tick Stick, Delaney Dixon hopes to have the invention put to market this summer.

"I do hope that every family in the Northeast can get a tick stick and check themselves for ticks," she said.