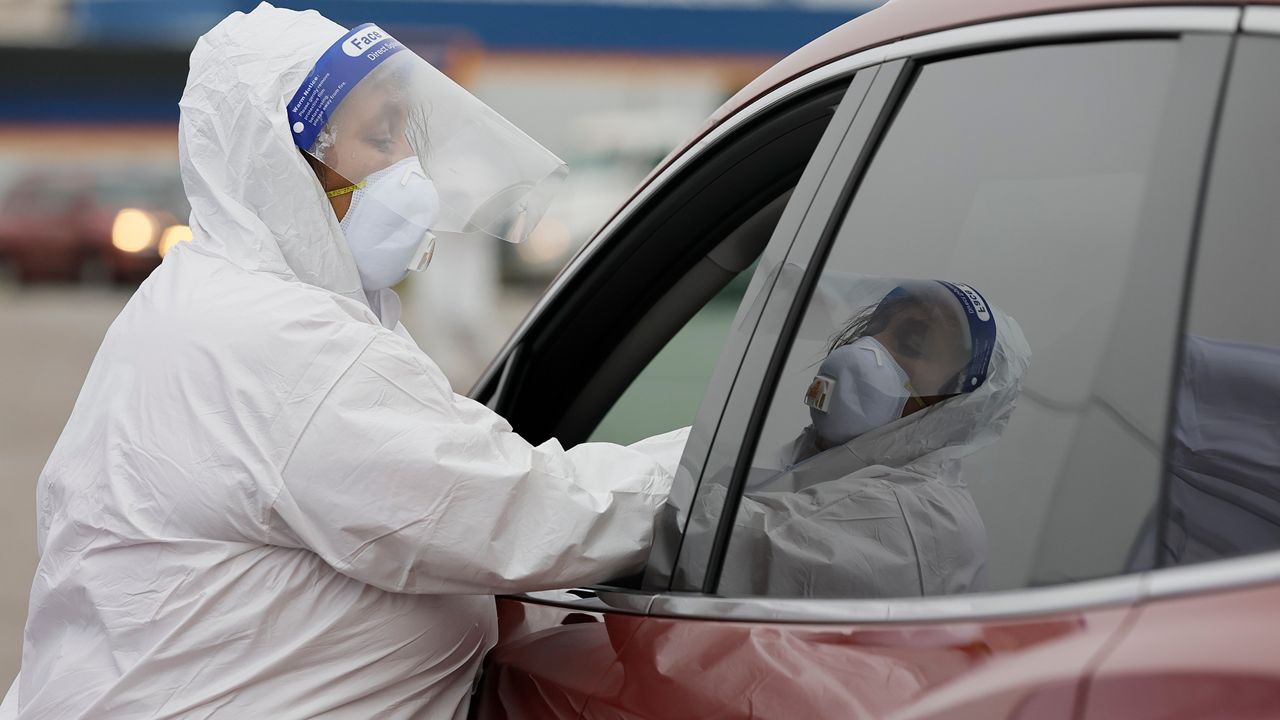 New York is planning a wide-ranging and independent review of the state's policies during the early phase of the COVID-19 pandemic, Gov. Kathy Hochul on Tuesday said, with the goal of finding ways of what officials could and should have done better.

Hochul gave her most expansive public comments yet on the coming assessment of pandemic policies in New York, which she indicated would begin soon. She did not reveal which outside entity will be conducting it, or when the results would be completed and made public.

The governor said she wanted the analysis to be of use to her successors if there is another public health crisis on the order of the pandemic.

"History deserves to have a true record of what happened here, and I want an outside look at it," she said during a question-and-answer session after signing the Adult Survivors Act in Albany. "I have to be able to leave future governors what was learned, not just in the health care space and the response dealing with nursing homes, but also decisions that affected our economy, decisions that affected families."

To be sure, the pandemic continues. The U.S. Centers for Disease Control and Prevention have found most counties in New York are currently at high risk for the spread of the virus and have recommended indoor masking even as requirements by the state have been dropped.

A springtime surge has been made more manageable by the ready availability of vaccines and booster shots as well as therapeutics.

There are now 2,724 people who are hospitalized in New York and are COVID-19 positive. Of those patients, more than 56% were admitted for reasons other than COVID-19, but later tested positive upon admission.

New York state was hit early on in the pandemic with a fast rise in cases, hospitalizations and deaths. Schools and businesses were shuttered as part of a "pause" announced by then-Gov. Andrew Cuomo on March 2020.

The state's pandemic policies have been under scrutiny since almost the beginning, when Cuomo's administration ordered nursing homes to not turn away COVID-positive patients.

"It is not to cast aspersions, blame, criticism, it's just to give a real analysis of what this state went through for over two years, but particularly early on," Hochul said.

But some lawmakers are skeptical of a process that will be shaped by the governor's administration. Republican state Sen. Jim Tedisco and Democratic Assemblyman Ron Kim have called for an assessment of nursing home policy by a commission composed of appointees of the legislative leaders in the state Senate and Assembly from both parties.

"Let's study it all," Tedisco said. "But the studying should have been ongoing before this. And they should have accepted this bipartisan investigation a long time ago."

Kim, a Queens Democrat, is also skeptical of an outside consultant and the potential for whitewashing how New York deal with the pandemic.

"I don't trust contracting this work out in any capacity because we've done this before," Kim said. "We hire firms like McKinsey to come in and change history to protect the record of the state instead of getting to the truth."

Kim said his measure would provide for "a 100% biparitsan, independent investigation that reveals the mistakes that we all made, including this chamber."

Family members of those who died in nursing homes have sought more answers on what happened. A report released by Attorney General Letitia James' office in early 2021 found New York under-counted the number of nursing home residents who died in the initial weeks of the pandemic.

Kim has worked closely with those families over the last two years, and met with Hochul in the fall to air their concerns.

"They just want closure to their pains and traumas and getting the truth," Kim said, "and accountability out is one step toward getting their."