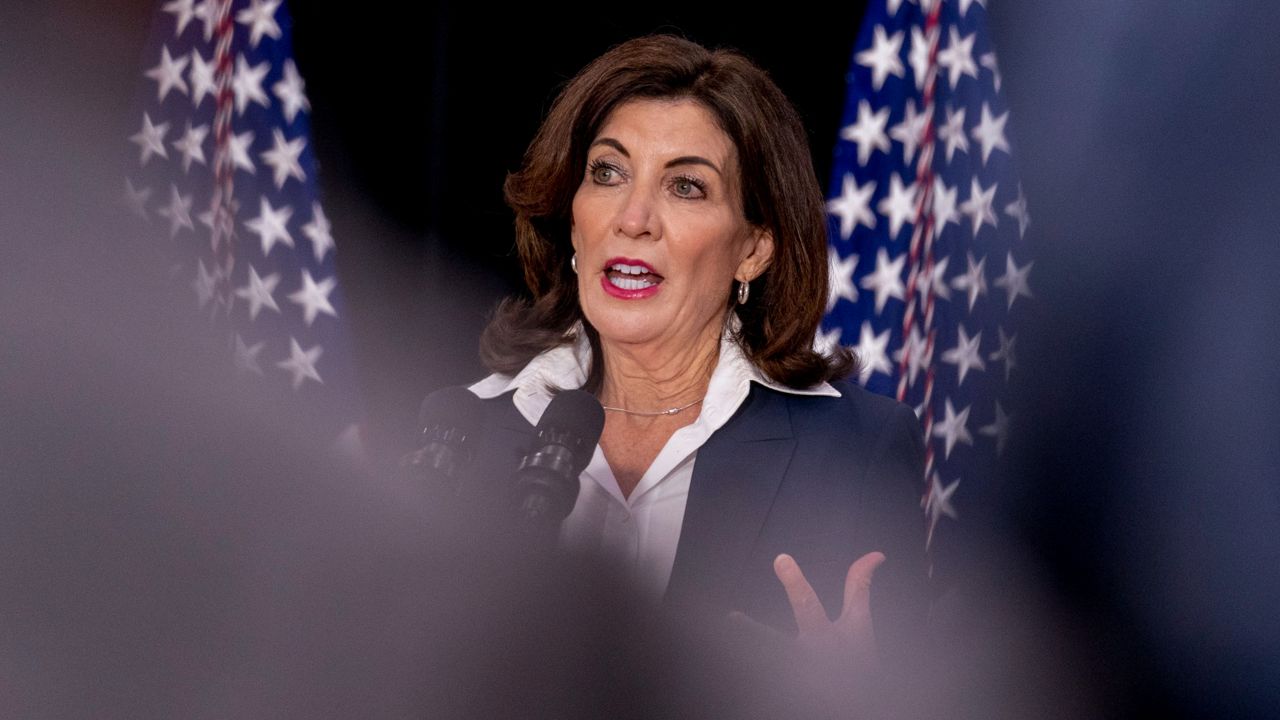 New York will investigate the social media platforms that hosted the live stream of the alleged Buffalo gunman's rampage at a Tops supermarket that killed 10 people, Gov. Kathy Hochul on Wednesday announced.

Hochul says social media platforms must be held responsible and accountable for the content they have hosted. She’s referring the live-streaming of the attack in Buffalo to the state AG’s office to be investigated

At the same time, Hochul is proposing a mix of bills to address gun control in New York.

She also unveiled pair of executive orders to crack down on modified weapons in the state and tighten regulations under a law meant to keep guns away from people deemed to be too dangerous and a new effort to increase the monitoring of the spread of racist incitements to violence online.

Hochul at a news conference in New York City pointed to the racist screed written by the alleged shooter, and decried the radicalization that takes place on the internet and social media platforms.

“The most serious threat we face as a nation is from within," she said. "It’s white supremacy, it’s white nationalism.”

She added, "this is the case of an 18 year old male who was radicalized by white nationalist beliefs… he was so taken with this that he drove three hours with one goal, to execute Black New Yorkers.”

The proposals and orders announced Wednesday were the first efforts made by Hochul since the shooting at the supermarket in Buffalo that has led to a national outcry over radicalization online.

Hochul announced she would sign an executive order that will require State Police to get an extreme risk order of protection when they believe a person is a threat to themselves or others. The order is meant to strengthen the state's red flag law, which is meant to remove firearms from people who are deemed dangerous.

She also called on state lawmakers to take up legislation that would expand the order to include local police agencies.

Hochul will sign a separate order creating a new unit at the state Department of Homeland Security to address domestic terrorism. That will also include a threat management program statewide.

Gov. Kathy Hochul announces an executive order to establish a new unit within the Office of Counterterrorism focused solely on domestic terrorism. pic.twitter.com/PYw9n9pUAK

Hochul also said she wants to pursue what are known as “AOW”s or any other weapons that that have been modified. She is proposing a bill to crackdown on those firearms.

And Hochul is reviving a proposal for the micro stamping of pistols. A similar measure had been on the shelf more than a decade ago when Democrats briefly controlled the state Senate between 2009 and 2011.

Democratic state lawmakers who control both chambers of the Legislature have signaled they will be receptive to approving new gun control legislation in the wake of the shooting in Buffalo.

New York already has some of the most stringent gun control measures on the books compared to other states. And, despite Hochul's call on Wednesday for Congress to do so, federal legislative action is unlikely.

State lawmakers are scheduled to depart Albany on June 2, the final day of the legislative session.