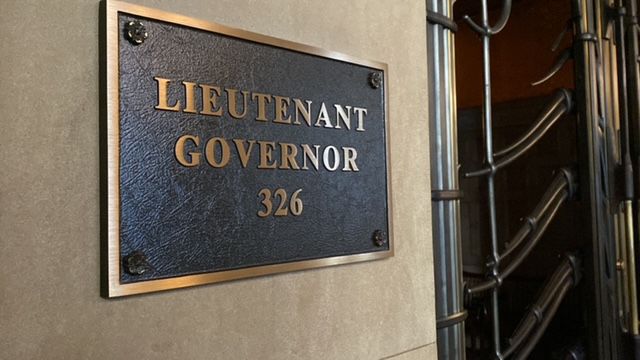 New York state Assemblywoman Carrie Woerner gets why voters are so frustrated when people in elected office are accused of wrongdoing.

"It's perfectly understandable to me that there is just a sense of 'oh sure, again' — that we just have to work hard to overcome," she said. "It seems as if every time we turn around, there's, if not in New York state, somewhere else in the country, there's an elected official being brought up on charges of wrongdoing."

The lawmaker who represents a swing district in the Albany area was among a handful of Democrats facing potentially tough re-election battles this fall to call for Brian Benjamin to step down from his role as lieutenant governor following his indictment on five counts of bribery and fraud.

Benjamin resigned hours after the indictment became known, ending a short tenure at the post he was appointed to in August. His attorneys in a statement said he would suspend his campaign seeking a full term.

It's not yet clear if Benjamin can be replaced on the statewide ballot ahead of the Democratic primary in June. State Democratic Committee Chairman Jay Jacobs made no mention of whether he will push for a replacement candidate with only a handful of weeks to go before voting begins.

"My thoughts are with him and his family as he addresses the serious charges that he must now confront," Jacobs said in a statement. "As a party, we must continue to focus on Gov. Hochul’s accomplishments which have done so much for the people of our state."

The selection of Benjamin, a former state senator, to become lieutenant governor was the first major decision by Hochul after she was elevated to the governor's office last August.

He had served as a go-between for Hochul and state lawmakers during the budget talks and efforts to make changes to New York's bail law that had become a controversy in the campaign season.

But Benjamin's continued presence in Albany and in the lieutenant governor's office had become an apparent liability, only months after Hochul had pledged to restore trust in state government.

Benjamin's indictment comes as Democrats are increasingly likely to face a drubbing at the polls this November. Polling has shown most voters believe New York is headed in the wrong direction. Republican candidate for governor Harry Wilson says the culture of Albany, rocked by scandal once again, needs to change.

And it comes after a parade of corruption cases and resignations over the last generation, sweeping up governors, statewide elected officials and top leaders in the state Legislature in scandal after scandal.

"This is yet another in a long line of corruption scandals at the highest levels of state government," Wilson said. "It's not normal. The vast majority of states do not have problems this common and this widespread. You have to ask yourself why."

"I believe and my campaign has been all about making sure the lieutenant governor's office is one that New Yorkers can rely on to serve as an accountability mechanism," she said.