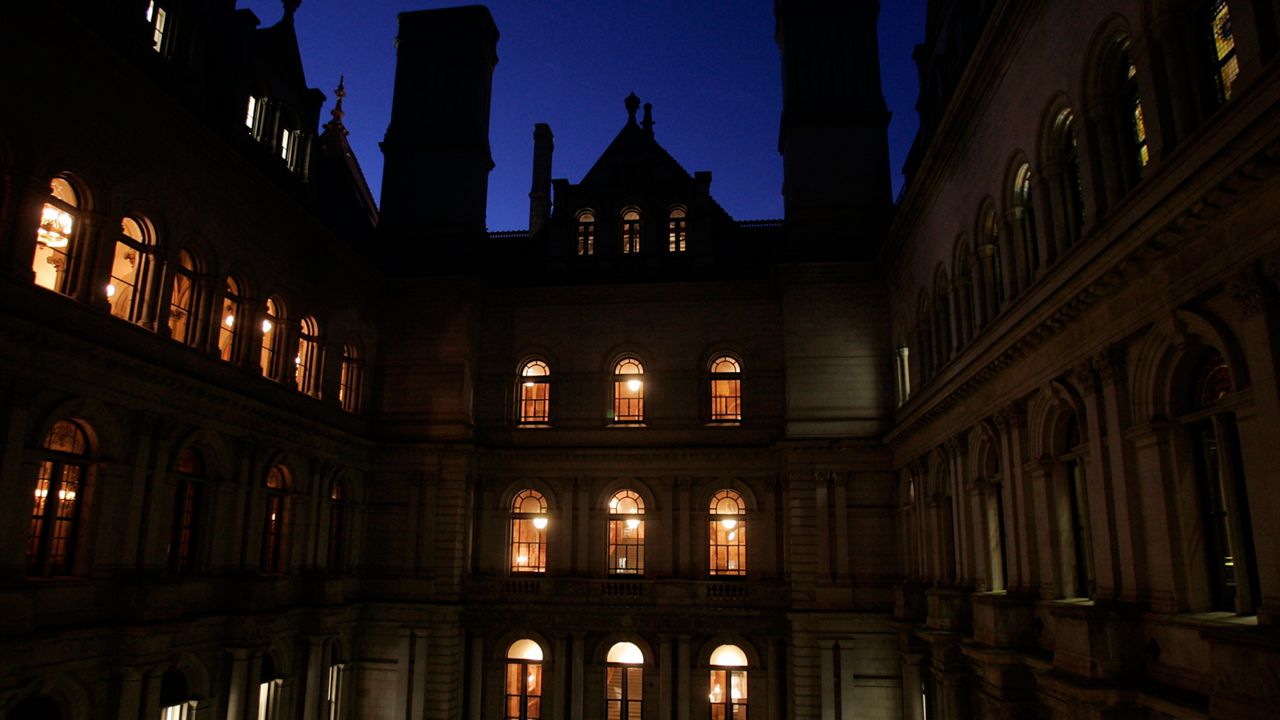 Blair Horner has been a fixture at the state Capitol in New York for decades, watching a generation of state budgets be negotiated and debated. And the longtime good-government advocate at the New York Public Interest Research Group called this budget one of the more secretive ones.

"It's as secretive a budget as I've ever seen, and I've been here for a lot of them," he said. "There's no even pretense for any kind of public discussion, there's no gaggle outside of the governor's office where reporters can ask tough questions."

State lawmakers left Albany on Thursday without a budget deal in place as Gov. Kathy Hochul tries to ink her first budget agreement since taking office.

"It's as closed down as it can be, and to some extent, that shields the governor and lawmakers from pressure, from people who are unhappy with what they're considering and so that's bad for how the process of democracy is supposed to work," Horner said.

Hochul on Thursday in a statement insisted the budget talks were continuing despite the blown deadline.

"New Yorkers should know that progress is being made and that we will put in the time it takes to reach an agreement that delivers for them and moves our state forward," she said.

The governor has pledged to take a more low-key approach to the negotiations in contrast with her predecessor, and vowed early on in her tenure to improve Albany's abysmal record on transparency and open government.

Hochul's initial spending plan proposed in February included a range of issues seemingly most of her fellow Democrats could agree on: More funding for child care and an increase in pay for health care workers, as well as a proposal to seal criminal records for those who have completed their sentences in order to gain access to housing and health care.

But issues being negotiated this week are very different from what she proposed weeks ago in a $216 billion plan.

This month, Hochul began a quiet push to change the state's 2019 bail law that ended cash requirements for many criminal charges. She wants to expand the number of circumstances in which bail should be considered, such as for gun charges and alleged repeat offenses.

Lawmakers and the governor are debating a potential suspension of the state tax on gasoline, a move that would eat into the projected $2 billion New York is projected to collect — a move spurred by a sharp rise in gas prices.

Hochul has also announced a funding plan for a new Buffalo Bills stadium in western New York in which taxpayers would be on the hook for $850 million. Top Democrats in the Legislature as of Thursday afternoon were yet to see the specifics.

"Until we actually have all the parameters, I'm not in a position to really talk about it other than the fact that it's being discussed, we're going to get the language, but I think we all know that the Buffalo Bills are important, not only to Buffalo, but the state," said Senate Majority Leader Andrea Stewart-Cousins. "We're looking at it, but I don't have all the language yet."

Stewart-Cousins was the only top Democrat in the room negotiating the budget to speak with reporters on Thursday after lawmakers decided to leave Albany for the next several days. Like Hochul in her statement, Stewart-Cousins said progress was being made, but work was needed.

"There are certainly a lot of things that we are now weighing that were not in the governor's original budget presentation," Stewart-Cousins said. "But that being said, we are now working through them."

Meanwhile, the budget could have real-world implications for New Yorkers who struggling with rising consumer costs, balancing child care and the still-lingering pandemic.

"Those things are putting real stress, real stress on home budgets," said Republican state Sen. Peter Oberacker. "People are now looking at: Do I heat the house, do I feed my family, or do I have enough gas to get to work?"