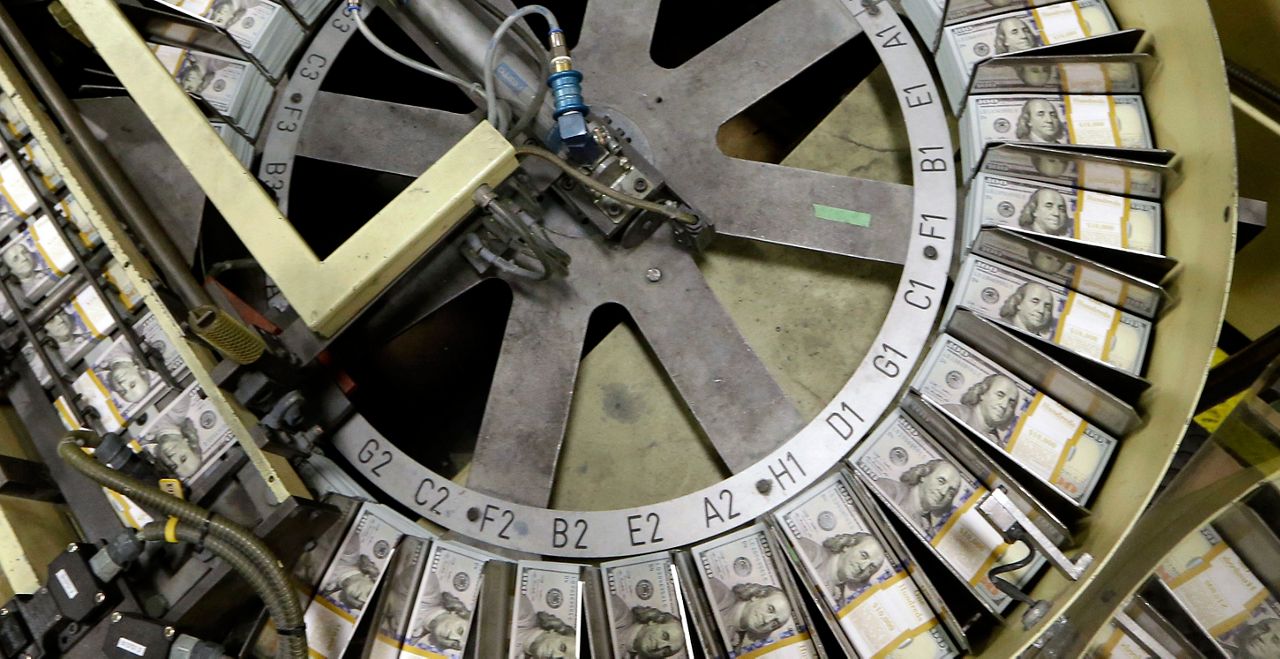 State lawmakers and Gov. Kathy Hochul have big plans for New York state's budget this month: They want to increase direct aid to schools once again by a record amount, boost child care by billions of dollars and help the battered health care industry recover from the COVID-19 pandemic.

But New York's bruised economy remains in a fragile state. The uncertainties created by ongoing inflation, the war in Ukraine and gas prices above $4 a gallon have highlighted just how much can change as the budget is being negotiated in Albany.

"There's a lot of uncertainty today that wasn't there two or three months ago," state Comptroller Tom DiNapoli said on Monday.

Job growth in New York has lagged behind the rest of the country; the state has only recovered about 70% of the jobs that evaporated when the pandemic forced a closure of public gathering spaces and businesses. New York City and its tourism industry have struggled to make a full comeback as COVID-19 variants re-emerged over the last year.

And New Yorkers themselves certainly are not feeling like good economic times have returned. A Siena College poll in February found a combined 70% of New York voters rated the state's fiscal condition as fair or poor.

"The recovery is not where we want it to be," DiNapoli said. "It's uneven. Certainly New York City, which is the economic engine of the state, is still struggling, certain sectors of the economy are still struggling. We haven't grown back all the jobs that we've lost."

Democratic lawmakers and progressive advocates have argued the programs they want to spend money on — such as providing more support for child care or aid struggling tenants — would have beneficial impacts on the state's economy. More people would be able to potentially return to full-time work if they know their kids are being looked after or are not worrying about being evicted, they argue.

"With health care, utility, and rent and mortgage costs higher than ever, New Yorkers are struggling to make ends meet," said Sochie Nnaemeka, the state director of the Working Families Party. "The only way we address the affordability crisis is with meaningful investments in our families and communities."

Still, Hochul has acknowledged not all is well. If approved, her budget plan would move money into a reserve fund — a sort of emergency savings account to soften the blow of a potential economic downturn.

"I'm also very cognizant of the fact that we could be facing a recession, that I cannot count on the tax receipts as well as the stock market revenues being there for us next year," she said.

Republican lawmakers like state Sen. Tom O'Mara are calling for a slowdown in spending, or New Yorkers could face a potential tax hike in the future.

"The spending is going to require for it to be sustainable massive tax increases in future years to keep up with it," he said.

There have been bipartisan calls to give New Yokers some relief at the gas pump, either by capping or suspending the state's taxes on gasoline. Combined, New York is expected to generate more than $2 billion from its taxes on gasoline. That money goes toward maintaining roads and bridges.

Such a move is yet to be embraced by Hochul, who has questioned whether consumers would see a positive impact. Either way, the price of gas can have a cascading effect on the economy, and force New Yorkers to spend less money elsewhere.

"Everyday New Yorkers cannot sustain this type of increase in their spending from week to week, month to month," O'Mara said. "So some relief needs to be provided."