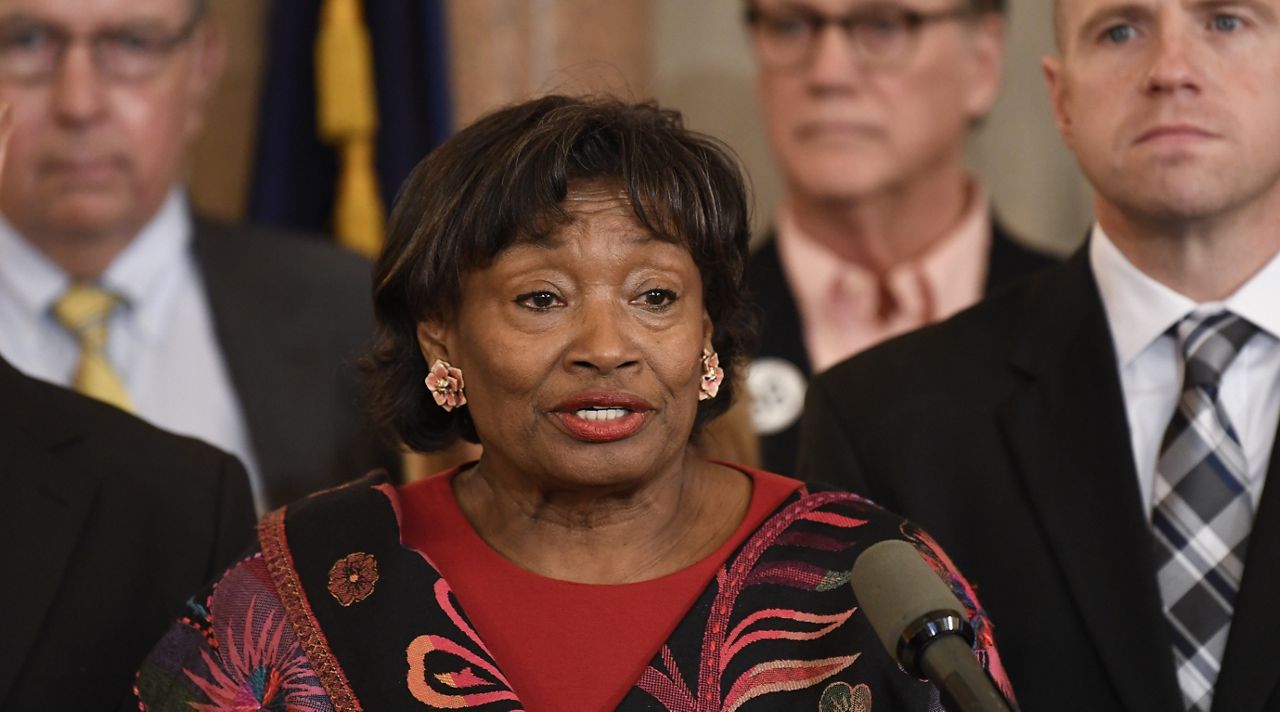 At the same time, Stewart-Cousins accused Republicans of conducting a national effort to stoke opposition to the measures, which ended cash bail requirements for many crimes, and told advocates the GOP has sought to take advantage of heightened concerns over a rise in unrelated violent crime across the country.

She urged advocates to send emails and push back against calls for changing the law, such as allowing judges to consider "dangerousness when determining whether a person accused of a crime should be remanded to a local jail.

"We need to be clear on a grassroots level," she told the group this week. "If we are clear that this is just the Republican national coordinated campaign of fear designed to get us out of office to make these changes, then everything else doesn't matter."

Stewart-Cousins' comments during a virtual meeting on Sunday evening of NYCD 16-Indivisible in Westchester County amounted to a passionate defense of the bail law changes, which have come under bipartisan criticism and calls for rolling back in Albany.

Her discussion underscored the opposition from top Democrats in Albany to making changes to the bail law, which has been part of a broader effort to overhaul the state's criminal justice system. And her comments highlight how Democrats are working to fire up a base of voters to counteract what advocates have said are frustratingly false claims made about the changes that could have ramifications at the ballot box later this year.

The bail law changes were first approved in 2019 as a way of reducing the number of people in jail charged with a crime, but yet to be adjudicated or face trial. Proponents have argued the bail system punished poorer defendants and people of color who were less likely to have the money to avoid jail time.

Opponents contend the changes have led to a rise in crime in New York, and judges should have more power to remand a person to custody if they are considered a public safety threat.

Republicans and law enforcement officials have called for changes as well as some Democrats, including New York City Mayor Eric Adams. Democrats like state Sen. Todd Kaminsky of Long Island have backed the mayor's calls for changes.

"I have long believed — and as a prosecutor in the federal criminal justice system practiced this way — that allowing judges to take a defendant’s dangerousness into account when determining bail is logical and appropriate," Kaminsky said in a statement last month. "New York is one of only a few states that inexplicably do not permit this and it is time for change. I am confident we can craft a system that adds a dangerousness standard but that is also fair and transparent. I look forward to working with both the Mayor and my colleagues in Albany to make these essential changes.”

Available data from the state court system has shown about 2% of people arrested have been subsequently re-arrested for a violent offense since the changes took effect.

"It is very, very alarming when we find ourselves in a situation when we're echoing the talking points of Republicans," Stewart-Cousins told the group.

Top Democrats in the state Legislature have so far shown little desire to make changes to the bail laws. Albany officials have lately focused on stemming the flow of illegal guns into the state amid a rise in violent crimes and shootings.

"Gun violence is clearly an issue not related to bail reform," Stewart-Cousins said.

Democrats hold supermajorities in both the state Senate and Assembly, and newly drawn legislative districts could solidify their advantage in the Legislature for years to come.

Still, concerns over public safety can be a potent issue for voters. Stewart-Cousins in her talk with the activist group warned issues like gun control, efforts to curtail climate change and further criminal justice law changes are at risk of not getting done if the opponents of the bail law are successful.

"Anything you want will not happen because you were able to somehow to link the fear to Democrats being in charge," she said.