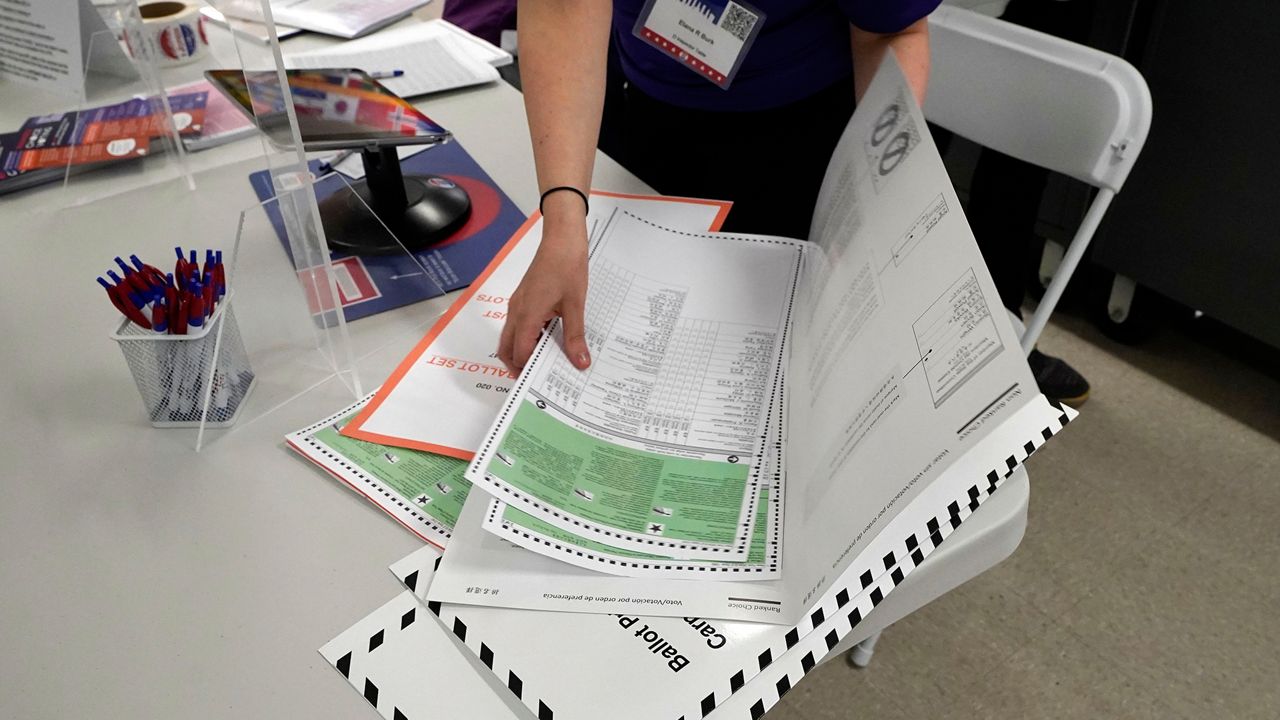 New York lawmakers in both parties moved on Monday to reject proposed redistricting maps drawn by what has been billed as an independent commission, created as a "reform" to a process that had been previously in the hands of the Legislature.

The likely result: Lawmakers could soon be able to drawn their own legislative districts and those of their colleagues in the House of Representatives. Adjacent to it all, the state Senate moved bills meant to expand access to voting and ballots.

The state is not immune to the increasingly contentious issues surrounding voting and redistricting, issues that could ultimately decide where power lies in the nation as a whole.

The package of bills backed by the Democratic-led Senate included no-excuse absentee balloting being extended for school elections and the general election. College campuses would be required to have polling sites. And people who appear at the wrong polling location could cast an affidavit vote and have it counted.

"It has a lot of things which people will be able to benefit from and the voters will be happy to have," said Susan Lerner, the executive director of Common Cause.

The voting bills are the latest example of how Democratic lawmakers in New York are moving toward laws meant to expand access to the ballot.

For advocates like Common Cause Executive Director Susan Lerner, New York has lagged in the past in expanding access to the ballot. Early voting was only put in place two years ago after Democrats gained controlled of the state Senate.

"There have been really important reforms in the last several years that make voting much more accessible to New Yorkers," Lerner said. "But it's still ironic that the kind of voter suppression that we're seeing in states like Texas are rollbacks of reforms that we don't even have here in New York yet."

But some elections officials in New York are less supportive of the recent changes. Republican state elections commissioner Peter Kosinski questioned new measures that allow third parties to apply for absentee ballots for voters, arguing it could help breed fraud.

"We think this diminishment in transparency is bad for election," said Peter Kosinski, the Republican commission at the state Board of Elections. "We think elections are best when they are open and transparent to the public."

And Kosinski questioned the enactment of law to have absentee ballots counted prior to Election Day — a measure that was approved and meant to address what has been in some high-profile races a slog of counting votes well after Election Day.  But doing that post-Election Day counting, Kosinski said, is important for insuring accuracy and integrity.

"It gives people greater confidence that the vote was true and accurate," Kosinski said. "We have had instances where they do go to court and challenge, but that's just another check on the system."

Voters this November rejected ballot measures to create no-excuse absentee balloting and allow for same-day registration. Lerner of Common Cause blamed well-funded opposition for the measures.

"I think what we saw in November was the result of a million dollars or more being poured in to confuse voters," she said. "When you talk to the majority of voters, what you find is they want to have access to the ballot box."