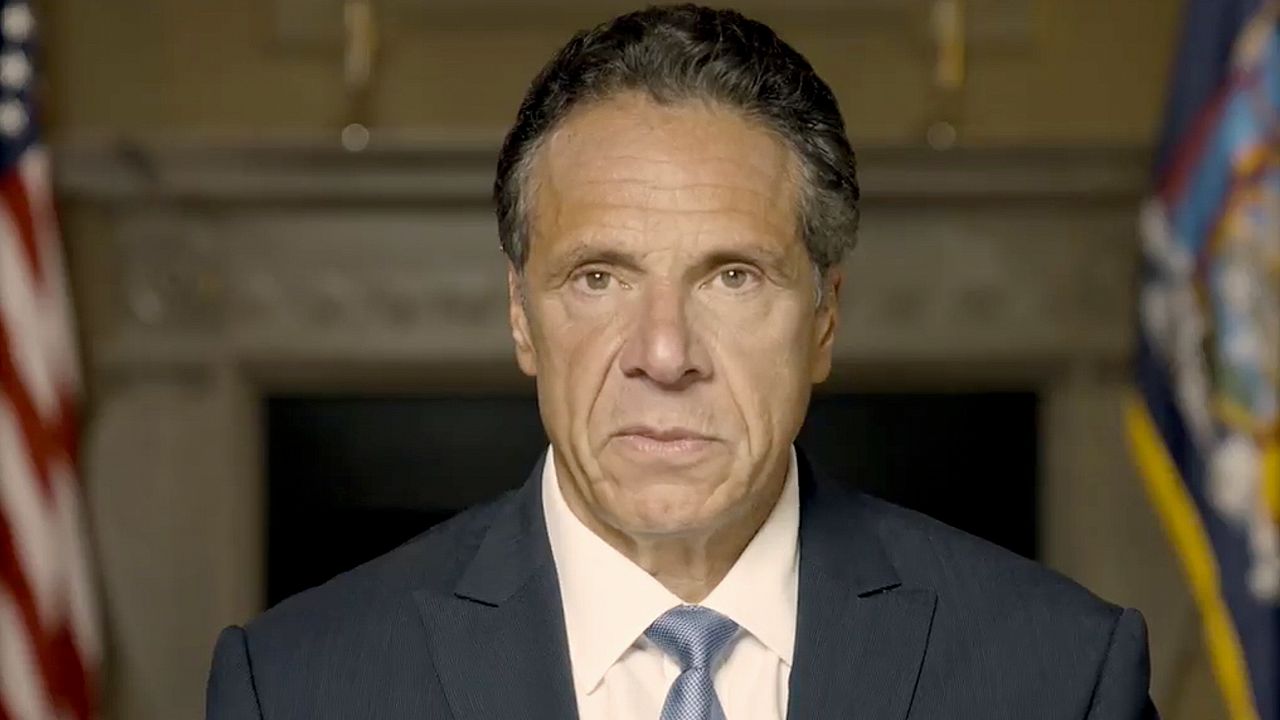 The 46-page report released this week by the New York State Assembly detailing allegations of sexual harassment, the supression of nursing home fatality data and the use of public resources to write a lucrative book about the COVID-19 pandemic has led to revived calls for ex-Gov. Andrew Cuomo's impeachment.

The only problem? Lawmakers are split on whether it can actually happen.

"The impeachment process, I don't believe, is just to remove someone from office," said Assemblyman Angelo Santabarbara, a Democrat. "It's also to reject this behavior, reject what this governor was doing and was using his office for. We also have to set an example here."

The report largely corroborated prior allegations raised in a report released by Attorney General Letitia James in August that ultimately led to Cuomo's resignation. At the time, lawmakers were moving toward a potential impeachment, the first of a sitting governor in more than a century.

Support for impeaching Cuomo — or at least having him face some sort of consequence — is bipartisan in Albany. Cuomo and his legal team have long maintained he has done nothing wrong.

“Any report that uses the Attorney General’s politically biased investigation as a basis is going to be equally flawed," Cuomo spokesman Rich Azzopardi on Monday said. "To date we have not been allowed the opportunity to review evidence in the Assembly’s possession, despite requests to do so and due process was certainly not afforded here."

The state constitution remains vague on the question of impeachment, a process rarely invoked for any elected official. It's led some lawmakers, including Republicans in the state Senate, to back legislation that would clarify impeachment in the law.

"The answer is yes I think he should be impeached," Senate Minority Leader Robert Ortt said. "I'm not a lawyer, but my understand talking to those who are attorneys say that legally there is no mechanism to impeach someone who is not in a public office or a political office."

The bill, backed by state Sen. Dan Stec, would also bar the former governor from seeking elected office in the future if approved.

"We can try to bring justice and closure and do our job of holding him accountable while at the same time moving forward," Ortt said. "We have to."

But Republican Assemblyman Michael Lawler believes Democrats missed their chance at impeachment over the summer, and was critical of the committee essentially pulling its punches after the probe was briefly droppped after Cuomo announced his resignation.

"There's obviously a serious legal debate over whether or not someone out of office can be impeached," Lawler said. "But what I can tell you is he should be indicted and he should be prosecuted."

Anti-sexual harassment advocates like Erica Vladimer believe impeachment of Cuomo can still happen, and it's difficult to turn the page on him without doing so.

"I think that can be really be a huge reckoning for voters for them to recognize that he's so unworthy of any seat he chooses to run for in the future," she said.