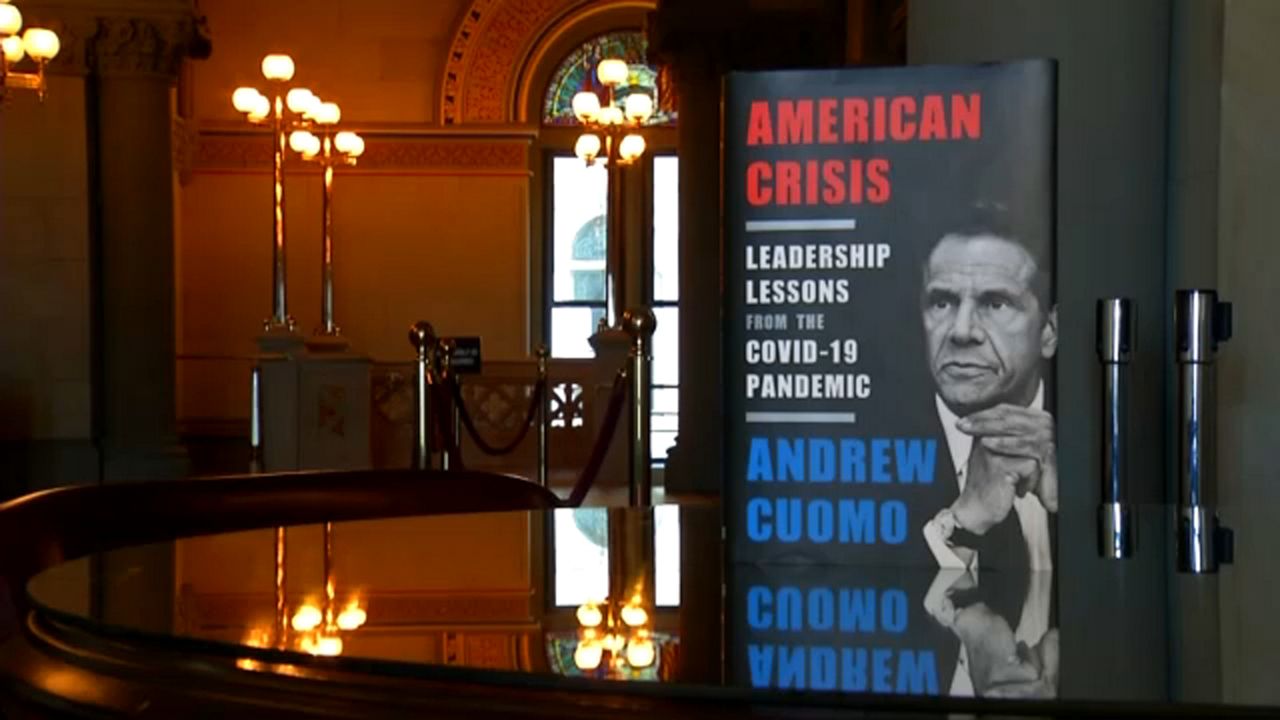 State ethics officials on Tuesday moved to rescind approval of ex-Gov. Andrew Cuomo's memoir about the COVID-19 pandemic which had led to a $5.1 million contract.

The 12-1 vote at the Joint Commission on Public Ethics means Cuomo will have to re-apply for approval and could face fines or profit clawbacks if the panel denies it.

"The former governor has a choice," said Blair Horner of the New York Public Interest Research Group. "He can re-apply or give the money back in some form. This is really unchartered territory."

Cuomo's book, American Crisis: Leadership Lessons from the COVID-19 Pandemic, has come under scrutiny over whether government resources and public employees were improperly used to help him write it.

"You can't use public resources for private gain and they should look very, very carefully at outside income activities," Horner said. "If you're writing a book who buys the book may well be the people who are looking to influence the governor."

The Assembly Judiciary Committee had investigated the book deal and state Attorney General Letitia James's office has also opened up a probe into the matter.

The commission had previously turned back efforts to rescind approval of the book in the weeks after Cuomo resigned amid allegations of sexual harassment and inappropriate behavior.

"This is a political rebuke of Andrew Cuomo by the Albany powers that be," said John Kaehny of Reinvent Albany. "It's really all the leaders in Albany saying we do not want Andrew Cuomo back."

Rich Azzopardi, a spokesman and advisor for the former governor, blasted the vote by the commission.

"These JCOPE members are acting outside the scope of their authority and are carrying the water of the politicians who appointed them," he said. "It is the height of hypocrisy for Hochul and the legislature's appointees to take this position, given that these elected officials routinely use their own staff for political and personal assistance on their own time."

In the statement, Azzopardi called the move part of a "political game" by the commission and reiterated public employees had volunteered their time to help Cuomo work on the book.

"Our counsel's request to JCOPE was clear, saying 'no government resources' would be used -- consistent with that representation, people who volunteered on this project did so on their own time.  Furthermore, the Governor cannot be held responsible for internal decisions over recusals and approvals made by JCOPE," he said. "They truly are a J-JOKE."

Jim McGuire, an attorney representing Cuomo, raised the possibility of a legal challenge to the vote.