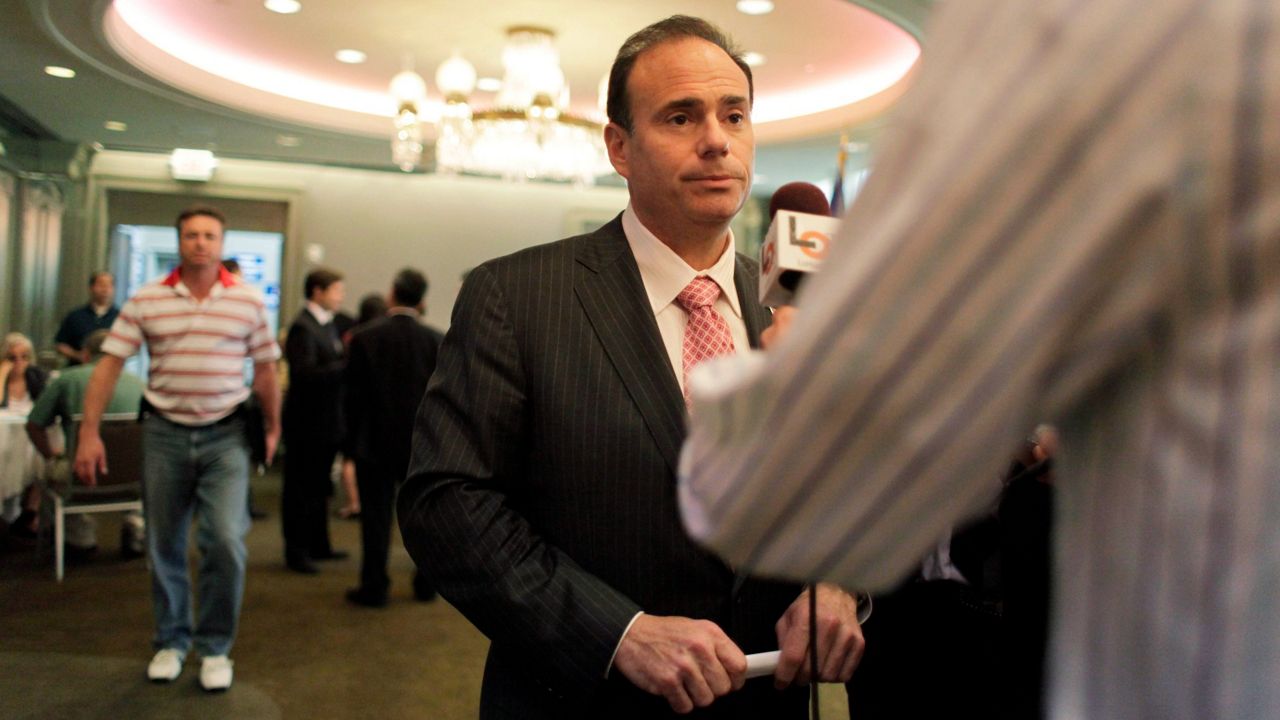 New York Democratic Committee Chairman Jay Jacobs is trying to temper talk of primarying Gov. Kathy Hochul, urging potential challengers to give her time and build their own "rationale" for running if they do so.

Jacobs has been trying to make this case to potential candidates for governor as the primary season is slowly picking up steam in New York as Hochul's tenure enters its second month.

New York City Public Advocate Jumaane Williams this week announced he was taking the first steps toward building a run for governor in a challenge to Hochul's left and try to garner support from a progressive base. Attorney General Letitia James this week also sharply criticized former Gov. Andrew Cuomo to a group of prominent New York City business leaders and called for broad change in Albany.

But Jacobs has been urging Democrats, in essence, to give Hochul room to breathe and govern.

"My concern is a primary, if it becomes contentious, and perhaps draws the party too far to the left and gives ammunition to the Republicans in a year that could be quite a challenge," Jacobs said in a Capital Tonight interview. "I have been making the argument. The governor's new. She deserves the opportunity to make her case and present her agenda. Then I think people can judge that and build a rationale for their run for the office if they feel she's fallen short or stumbled in some fashion."

Jacobs last month broke with Cuomo as he faced an onslaught of calls for him to resign as governor following the release of a report by James' office detailing allegations of sexual harassment and inappropriate behavior by 11 women. Jacobs urged Cuomo to step down privately, and later did so publicly after it appeared the governor was digging in.

Jacobs until then had been a largely loyal ally for Cuomo, considered a moderate Democrat who had would shift with public opinion of the party's base and held the office for 10 years.

Jacobs maintains the party in New York remains skewed more moderate than progressive. And, despite the ever-increasing enrollment advantage Democrats enjoy over Republicans, Jacobs doesn't think victory in a general election is guaranteed.

"I think I'm supposed to worry," he said of the effect of a primary. "I think it's encumbent upon us to make sure that we end up with a united Democratic Party. I take nothing for granted with our plans for the 2022 general election."

And he warned a campaign for governor should not be based on "personal ambition" but a clear reason to run.

"You need a rationale to run. You need something that speaks to the voters and their needs and the state's future," he said. "If you can't present that, I think you need to wait a bit longer."